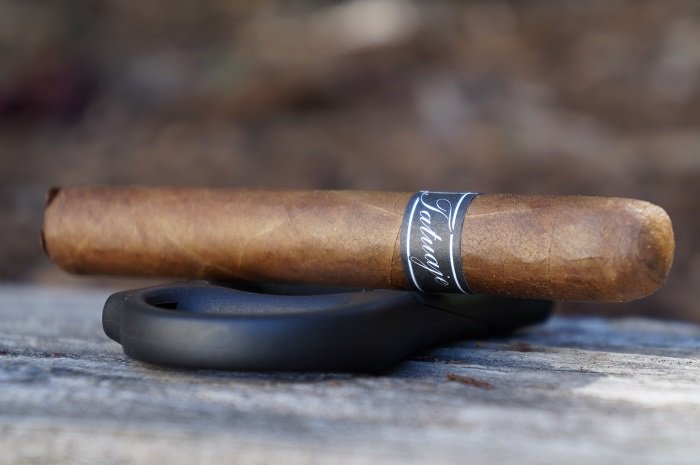 The wrapper on the Tatuaje Black Label Petite Corona BC is light brown and has a network of slightly raised veins that are surrounded by a slightly lighter color. The seams are fairly easily visible due to vein placement and color variation. The foot is covered with folded over wrapper and the head is finished off with a well applied triple cap. The band is the traditional black label strip. The aroma from the wrapper and covered foot is a light mix of wood and hay. The pre-light draw is light cedar. 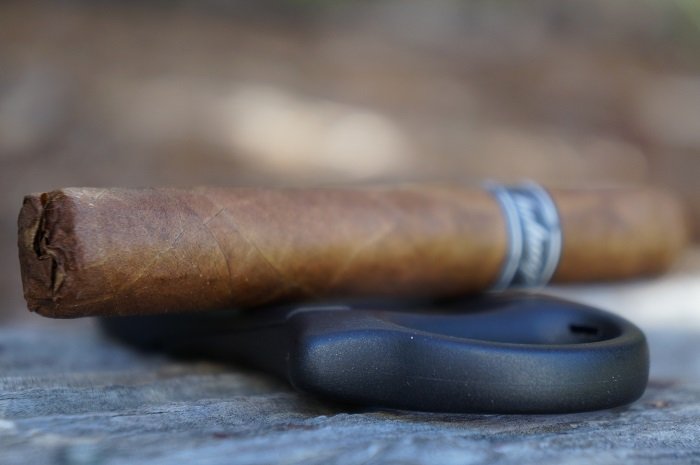 A lovely petite corona, the Tatuaje Black Label Petite Corona BC is finished with a slightly gritty Colorado colored wrapper. There are small to medium sized veins present throughout and the foot is slightly closed. It is firm throughout and I am getting an aroma of rich earth, spices, stone fruit and pepper. 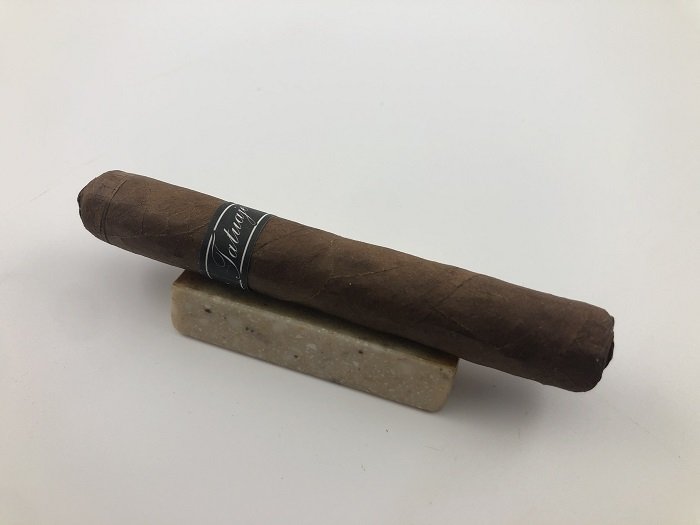 The Tatuaje Black Label Petite Corona BC has a smooth, chocolate brown wrapper, with a closed semi-shaggy foot. Aromas from the cigar included baking spices and cedar, with nothing distinct from the covered foot. 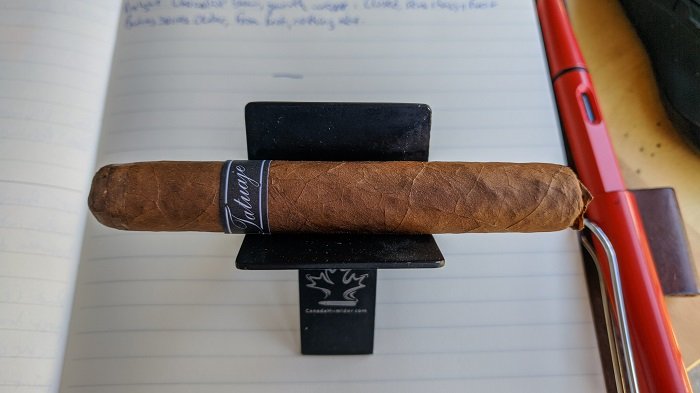 The Tatuaje Black Label Petite Corona BC has a Colorado Claro-like shade with various darker marks spread across the wrapper. Veins are well pressed, seams tight, bunch and roll loose and a tad under-filled by the foot. Aromas from the wrapper and enclosed foot tell sharp baking spices and minerals. Cold draw reveals cherries and cayenne pepper. 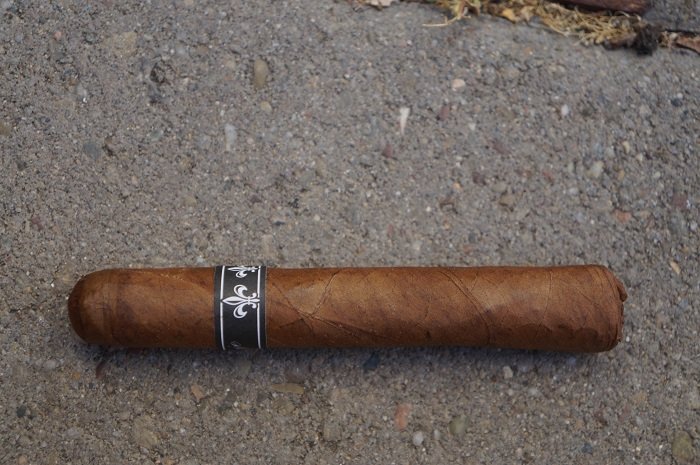 The cigar begins with a mix of charred cedar and cinnamon. At a quarter inch in, the char lightens a bit and the cinnamon transitions to a heavy black pepper with a long finish. At three quarters of an inch in, some mustiness joins the profile as the cedar transitions to a general wood note. The retrohale starts with a blast of black pepper and then lets some mustiness and light wood come through. At an inch in, the char drops from the profile. The strength in this third was slightly above medium. 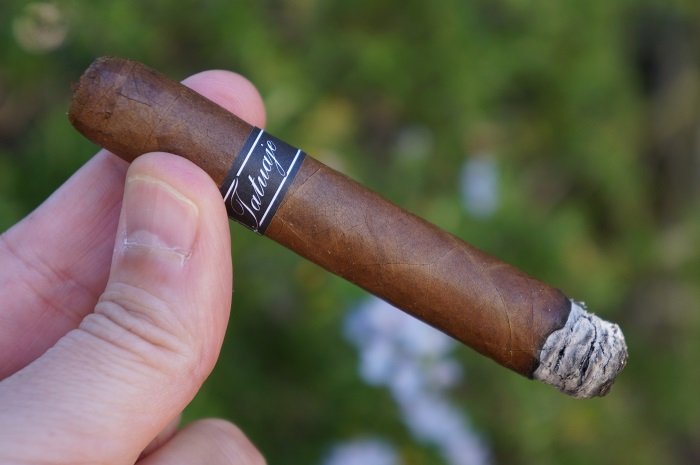 The first third begins by delivering flavors of cedar, pepper and cinnamon. I am getting some earthy mustiness as well and the cigar is smoking at a medium level for strength and body. 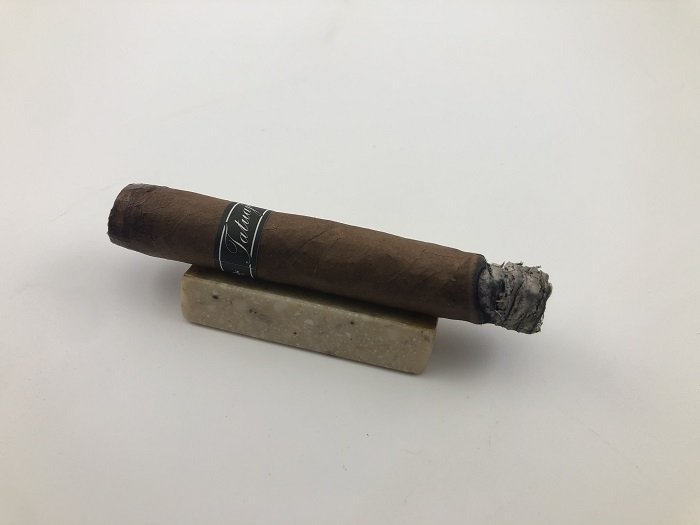 Baking spices and cedar open up the first third. Some creaminess joins the retrohale not long after. Mild cedar finishes each draw as the first third settles in. Some mild graham cracker comes through by the middle of the third. 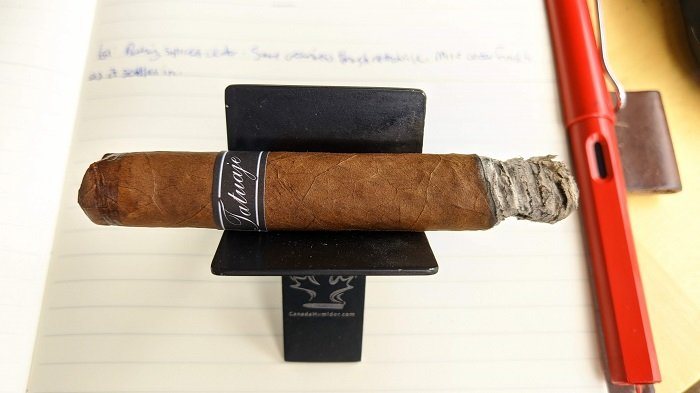 The first third creates a profile that’s equal parts barnyard, meatiness and red pepper/cayenne pepper spice. Retrohaling is where the Criollo really shows it’s peppery strength (all about that nasal pepper). The finish is fairly long with tongue sticking red pepper and cedar. Strength and body is medium. 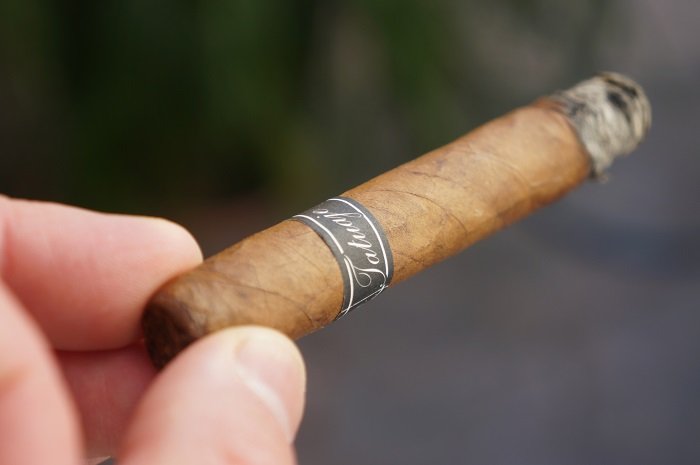 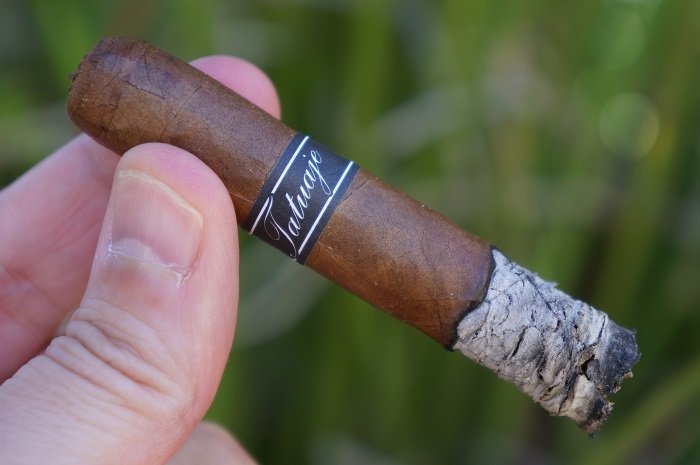 The second third shows a decline in flavors delivered and I am getting this earth and black pepper profile. There are some soft spice notes as well, but not as pronounced and complex as before. Like before, the cigar is smoking at a medium level for strength and body. 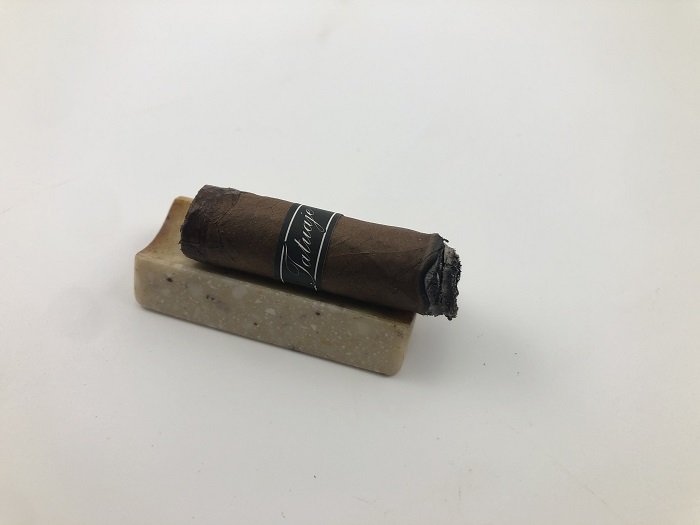 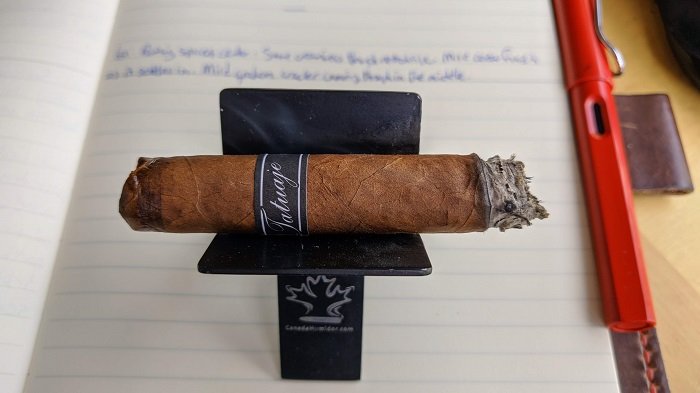 Second third ups the ante on the spice levels, especially through mouth draws and finish. The profile still has plenty of barnyard stank and meatiness. Strength and body are still medium. 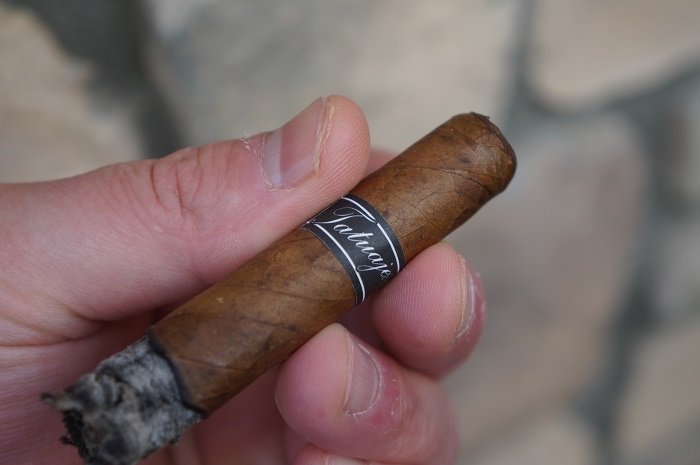 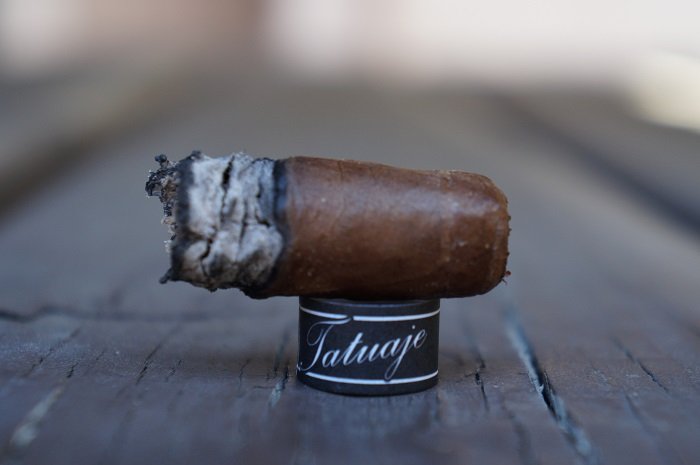 The final third showed significant improvement from the first and second third and I ended up with a flavor profile that was of musty earth, black pepper and cinnamon toast crunch qualities. Like before, the cigar was smoking at a medium level for strength and body. 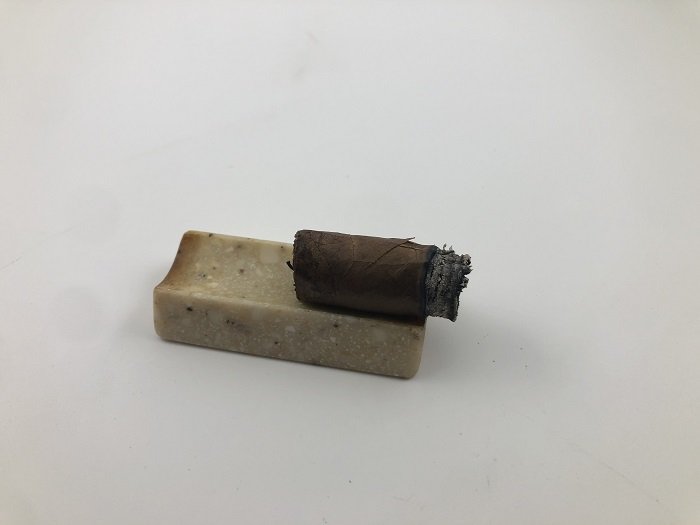 Baking spices and cedar lead the retrohale into the last third. Some mid profile citrus joins not long after. Tannic cedar settles into the middle of the profile, and begins to linger between draws. 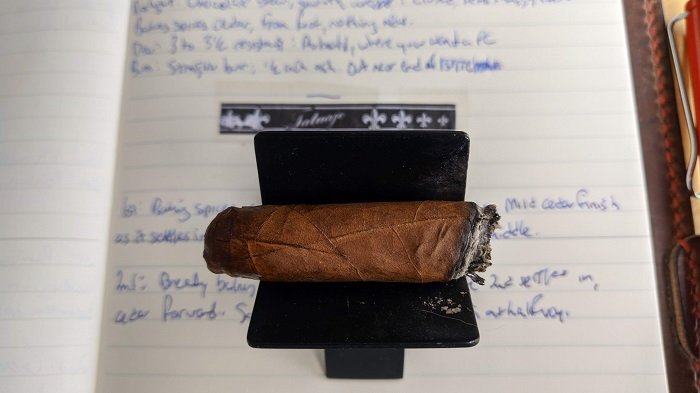 The final third ratchets up to a medium plus strength (body still medium). But that’s the only change. Still a powerhouse of barnyard stank, meatiness and red/cayenne pepper. 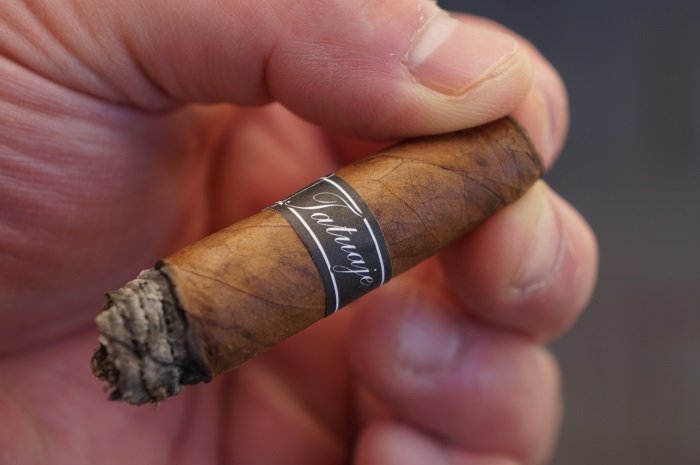 The burn line was straight throughout, but the cigar did go out once at the end of the second third and required a re-light. The ash held on in one inch increments. 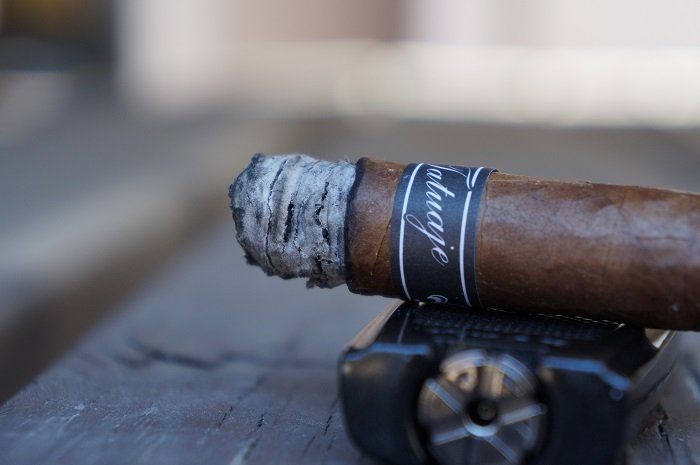 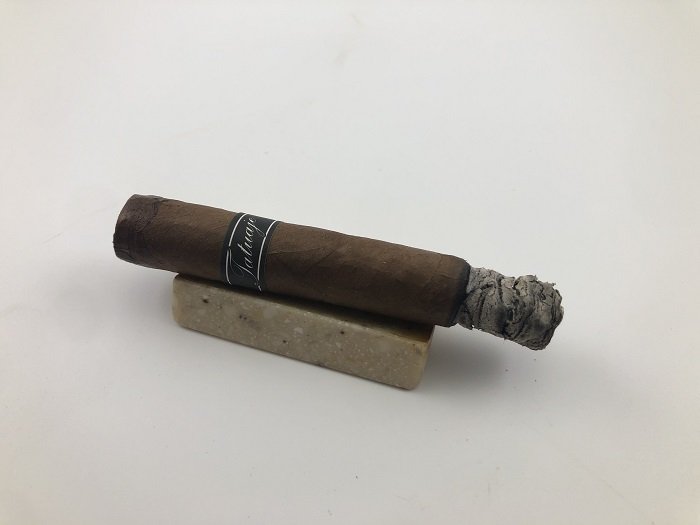 The burn was straight, with the ash holding on fairly consistently at half an inch. The cigar spontaneously went out in the first third, requiring a re-light. No issues with the burn for the remainder of the review. 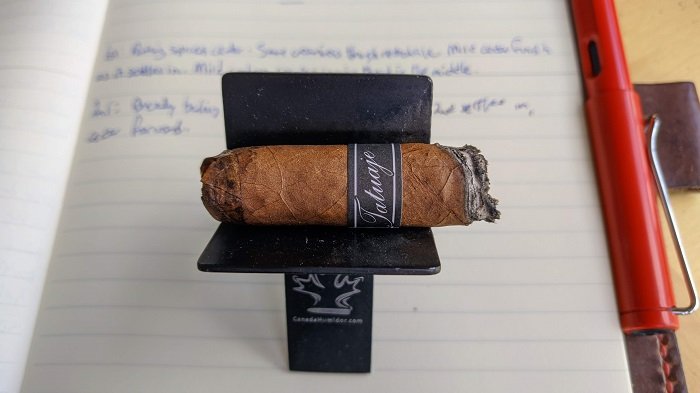 Aside from a couple quick touch-ups to get the burn line on track, burn performance was great. Sturdy ashes, good smoke production and cool burning temperature. 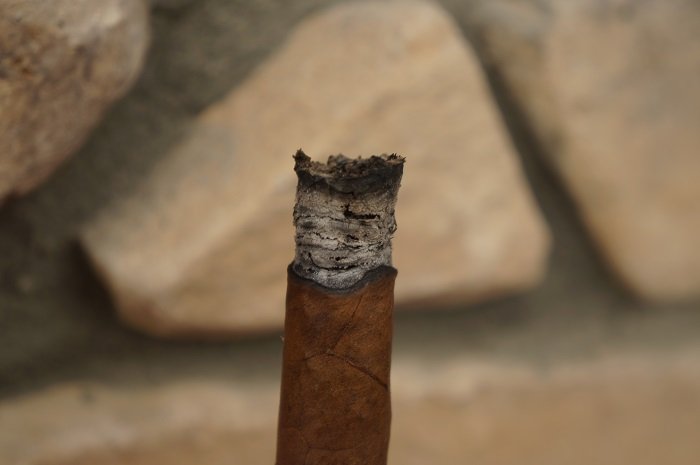 The cigar began with a mix of charred cedar and cinnamon. The cinnamon transitioned to black pepper fairly quickly. Some mustiness joined in and the cedar transitioned to a general wood note. The char dropped out at the end of the third. The second third saw the char join back in and the wood became more defined as oak. The final third saw a slight bitterness join in just as the cigar was wrapping up. Construction was very good and strength was slightly above medium most of the way. The Tatuaje Black Label Petite Corona BC had a nice start, but by the second third when the char became a core player, things dropped to average and maintained that level the rest of the way. The cinnamon to start was on point and I really wish that could have been a primary player in the profile throughout. The charred wood just isn’t something I’m a big fan of and it played a significant role in the cigar. The price point and vitola is an attractive combination, and fans of the brand will really find something they like here. I could see coming back to this on occasion when the situation presents itself, but it wouldn’t be something I regularly come back to.

Draw was very good from start to finish. Slightly constricted while cool throughout.

I am sure adding a Petite Corona will do some good for the Black Label lineup and Tatuaje, especially with the winter months in the north approaching, but the line itself is a shell of what it use to be. I don’t tend to smoke a lot of Black Label offerings anymore because it does not smoke the way it use to smoke. I think the final third was fantastic, and if it smoked that way the whole way through I would be singing a different tune, but that is not the case. The Tatuaje Black Label Petite Corona BC lacked complexity and depth for a majority of the cigar and that is a shame.

I was conflicted on the draw scoring here. The draw was resistant, roughly 3 to 3-1/2 notches, but on a Petite Corona, a resistant draw would be preferable to a textbook draw because a smaller ring gauge would have a tendency to heat up. As a result, the score is Good instead of Average as I still felt the draw could have had less resistance to it.

The Tatuaje Black Label Petite Corona BC was a pleasant experience, from a vitola format that I am quite fond of. Although the overall score was average, each third was still enjoyable, it just didn’t have the complexity that would have brought it up to a good rating for me. I would smoke these again based on the flavor profile and the format. Total smoking time was 1 hour and 16 minutes.

The draw was definitely a bit tight. Not so tight that I was annoyed by it, but tight enough to be called out.

It’s been a while since I found another non-Cuban cigar that is cost effective and enjoyable. For the longest time, Dion’s Illusione Rothchild Maduro was the only one. After smoking the Tatuaje Black Label Petite Corona BC, this cigar joins the ranks of Rothchild Maduro. Wonderfully Nicaraguan Criollo with great nasal clearing red/cayenne pepper spice, barnyard stank and meatiness. I can see myself smoking multiples of these in one sitting. Well worth the price point and tasting experience.