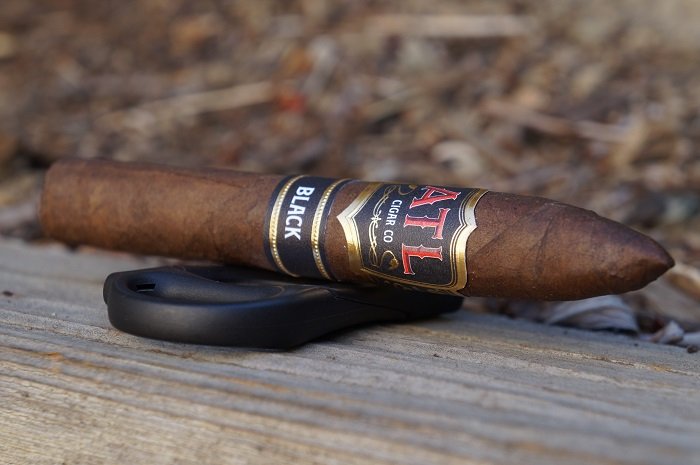 Aaron: The wrapper on the ATL Black Torpedo is medium brown with some slightly darker marbling. There are a few raised veins present, the seams are smooth and the tapered head is well finished. There are two bands, with the primary being the traditional design for the brand and carrying a black, gold and red color combination for this line. The secondary band is black and gold and denotes the line name in white text. The aroma from the wrapper is a lightly smoky wood and dark earth combination while the foot brings cedar, lightly sweet bread and some accenting spice. The pre-light draw brings cedar and light earth along with a mild spiciness on my lips.
Seth: The ATL Black Torpedo is a nice looking maduro and torpedo. Nice tapered head with a lovely maduro coloring. Chocolate and coffee bean color. Medium sized veins throughout. Firm cigar. Aromas of rich earth, spices, leather and wood.
John: The ATL Black Torpedo comes in cellophane and has a UPC sticker that tears in half when the cellophane is opened. The cigar is a torpedo shape, and is double banded with “Black” as the secondary band. Aromas from the wrapper include sweet tobacco, bread and musty wood underneath. From the foot, there was more sweetness along with hay and light wood.
Jiunn: The ATL Black Torpedo has an even Colorado Maduro wrapper shade showing great tooth. Veins are well pressed, seams tight, bunch and roll even and head well wrapped. Aromas from the wrapper tell pungent white pepper spice, barnyard and earl grey tea. Aromas from the foot give cedar, hay and barnyard. Cold draw reveals cedar, hay with white pepper spice on the tip of the tongue. 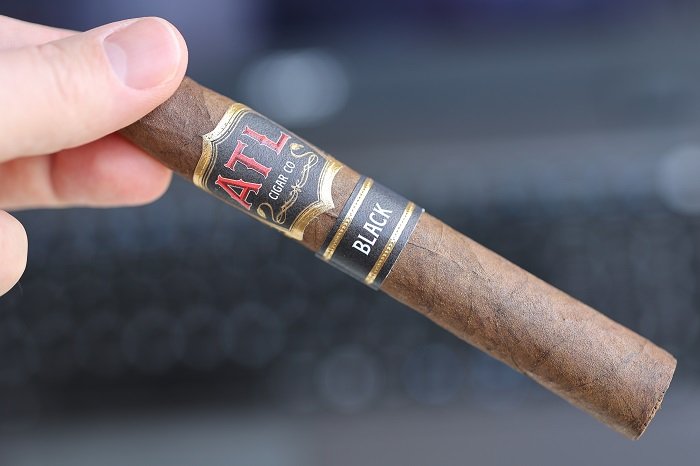 Aaron: The cigar begins with lightly toasted cedar and mellow black pepper. At a half inch in, some earth joins the profile. The retrohale is an even mix of toasted cedar and earth with mild black pepper. At an inch and a half in, the black pepper transitions to baking spice. As the third comes to a close, the toasted cedar is slightly ahead of the earth while the baking spice is in the background. The strength was slightly below medium.
Seth: The first third starts out with some dry earth notes that are paired with coffee bean qualities. There are some leather and mocha qualities as well. The finish has some pepper spice and sweetness qualities with wood on the finish. Medium-full in strength and body.
John: Sweet, spicy wood gets things started at light-plus strength, as wood and a peanut creaminess carry into the post draw. Some delayed spices are present on the post draw after a few seconds. Some medium strength and building red pepper flake joins the retrohale as the cigar progresses. As time goes on, the spices recede to medium-minus and are supplanted with creaminess. Some bread starts to become more defined as the cigar continues. I find the spices are waxing and waning in strength between medium-minus and medium-full which is interesting. By the bottom half, some earth starts to build from a faint strength level.
Jiunn: The first third has an embedded and invasive harsh and stale charred cedar. But up front, there is a lot of good to it. Creamy bread, roasted nuts and black pepper spice. Retrohaling gives amplified roasted nuts, black pepper spice and sweet cherries. The finish has the harsh, stale, charred cedar lasting between each draw. Strength and body is medium. 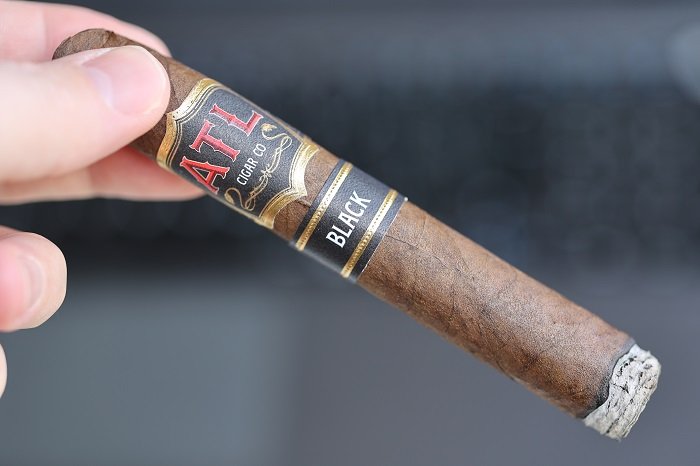 Aaron: As the second third begins, the earth picks up and becomes even with the toasted cedar. At a half inch in, the baking spice transitions back to black pepper. The retrohale remains an even mix of toasted cedar and earth with mild black pepper. At an inch and a half in, the earth takes a slight lead over the toasted cedar. As the third comes to a close, the profile is earth slightly ahead of the toasted cedar with black pepper in the background. The strength bumped up to medium.
Seth: The second third delivers a flavor profile of earth, damp wood and mineral qualities. There’s this dirty quality to the cigar. Bits of mocha, nuts and spice present as well. Medium in strength and body.
John: The second third begins with combinations of creamy bread, and a secondary combination of earth and spices which linger well into the post draw. The spices move up in strength to medium-full on the post draw. As the cigar settles into the second third, the flavor strength is pretty consistently at medium-full. Some sweet earth and bread move into the center of the profile as the second third progresses. Medium spicy wood is starting to define the post draw by the halfway point.
Jiunn: The second third’s main pervasive note of the harsh, stale, charred cedar is less intense but it’s still very present in almost all facets. It’s hard to find the good in the cigar because of it. Strength and body remains medium. 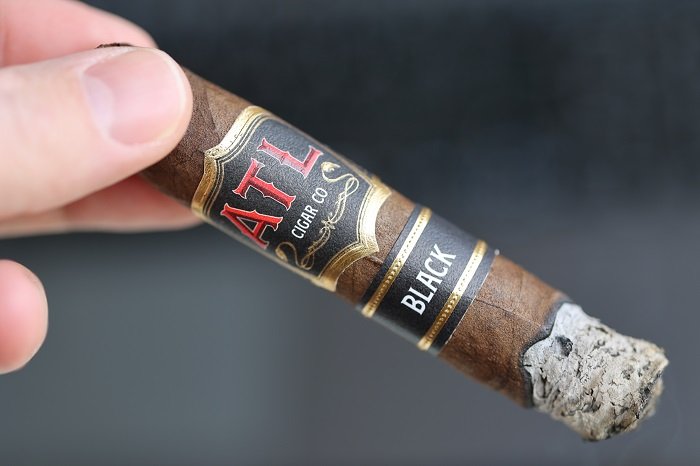 Aaron: As the final third begins, the earth gains a bigger lead over the toasted cedar. At a quarter inch in, a light mustiness joins the profile. The retrohale remains an even mix of toasted cedar and earth with mild black pepper. At an inch and a quarter, the toast level increases and a slight bitterness joins the profile. As the cigar wraps up, the profile is earth up front with heavily toasted cedar a bit behind and light black pepper, mustiness and bitterness in the background. The strength remained at medium.
Seth: The final third delivers that flavor profile of dry earth, mocha qualities, wood, leather and spices. Lovely finish. Medium in strength and body.
John: The last third kicks it off with sweet, medium strength earth, spices in the middle and a sweet and spicy combination to finish. As the last third settles in, a dry wood takes hold of the center of the profile. Dry wood and earth mix at the front of the profile as the last third continues. The earth has moved up to medium-full intensity by the halfway point.
Jiunn: The final third shows no relief from the harsh, stale, charred cedar note. There’s some nice tannins picking up but nothing to really get my mind off that bad note. Strength and body finishes the same medium. 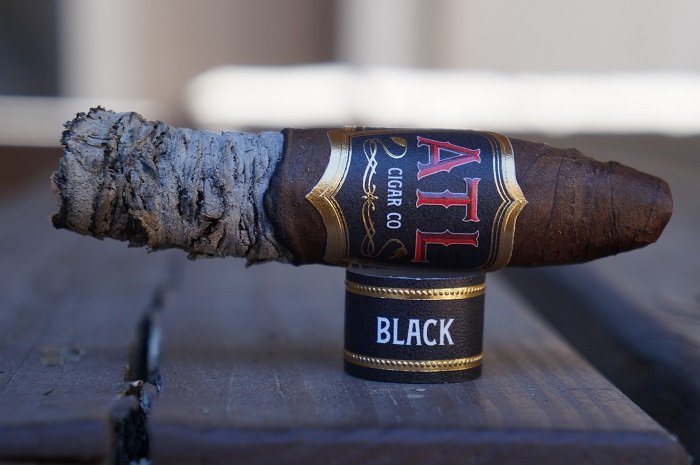 Aaron: The burn line was slightly wavy at times, but never needed any intervention. The ash held on in inch and a quarter increments.
Seth: Solid burn throughout.
John: The burn was straight in the first third, becoming offset in the second third. The burn became uneven in the last third, requiring a touch-up.
Jiunn: Perfect burn. Even burn, solid ashes, cool burning temperature and ample smoke production. 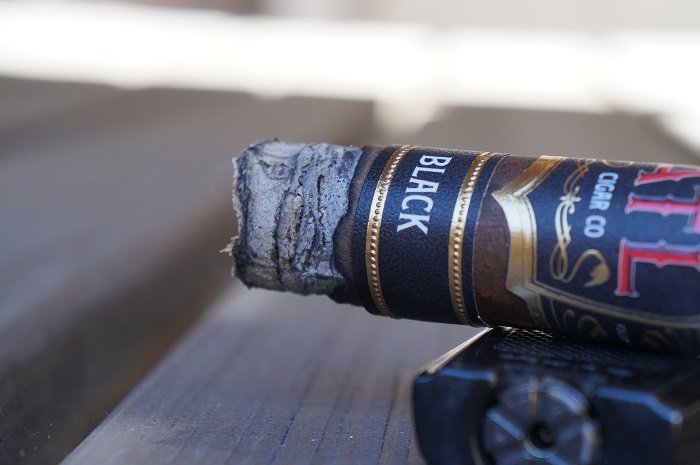 Aaron: The draw was slightly tighter than I prefer, but didn’t cause any issues with the smoking experience.
Seth: Solid draw.
John: The draw had some minor amount of resistance to it, roughly 1-1/2 to 2 notches into the resistant spectrum.
Jiunn: The draw was also perfect, giving the ideal resistance and air flow.

Aaron: The cigar began with lightly toasted cedar and mellow black pepper. Some earth joined a bit later and the pepper transitioned to baking spice. The second third saw the baking spice transition back to black pepper. The final third saw a light mustiness join in and later some light bitterness. The ATL Black Torpedo started well, with a nice combination of flavors. As the earth picked up, it dropped the enjoyment level down a notch and maintained that level the rest of the way. I can’t compare this cigar to the original version, as I haven’t smoked that, but in regards to this one, it’s not a cigar I’d see myself coming back to all that frequently.
Seth: The ATL Black Torpedo is a solid maduro and torpedo offering. I have been smoking a lot of torpedos and belicosos recently. Solid maduro offering and Mexican San Andres wrapper. Not overly complex, but enjoyable. Would smoke again if presented with the opportunity. Purchase at an event, etc. A solid new brand overall. They haven’t created that gem yet, but I think it is capable and will happen in time.
John: I was pleasantly impressed with the ATL Black Torpedo. The first and second thirds provided interesting and dynamic flavor combinations that kept me engaged, and the strength levels harmonized well. The last third was still pleasant, but not quite at the same complexity levels as the rest of the cigar. The burn and draw were both almost flawless, with slight resistance to the draw and a single touch-up on the burn. I would happily smoke the Black Torpedo from ATL again. Total smoking time was 1 hour and 44 minutes.
Jiunn: There’s no need to hash out what I said for all three thirds (stale, harsh, charred cedar). Perhaps I got an off sample? Perhaps my hydration isn’t where it should be tonight? I’m unsure. I am curious what my teammates thought of this ATL Black Torpedo. Hoping I did get an off sample.