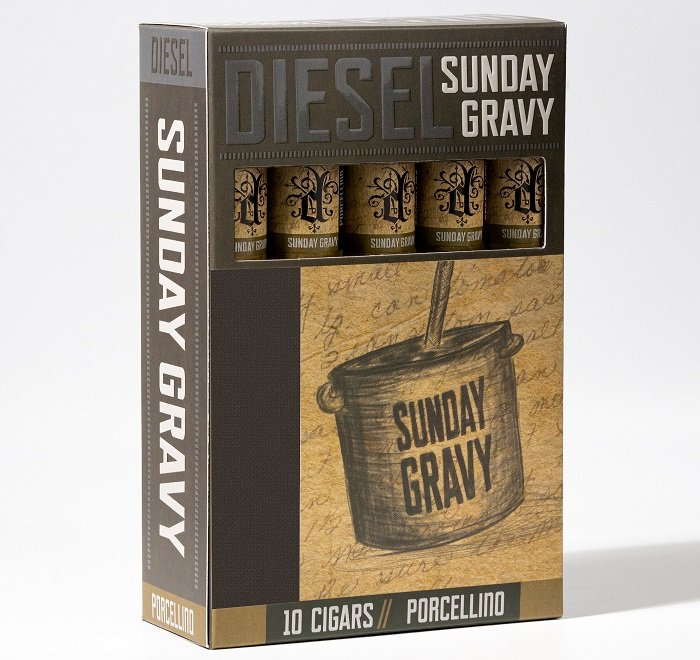 The sixth and final Diesel Sunday Gravy expression will ship to brick and mortar retailers on October 3.

The blend is named after the iconic Florentine fountain called Il Porcellino. The name translates to “little pig,” yet the bronze sculpture is of a female wild boar which is said to bring good fortune and a sure return to Florence. Perhaps AJ and Justin Andrews were hinting at a “return” to collaborating when they selected Il Porcellino as the name for the final Sunday Gravy release. Either that or they were inspired by a wild boar ragu and wanted to name a bold, rich smoke after it. It’s anybody’s guess.

What’s certain is that Porcellino is like the five previous Sunday Gravy releases in that it’s a full-bodied, all-Habano blend made with tobaccos fermented in a “low and slow” method that’s like the way Sunday gravy (or sauce!) is cooked slowly over a low flame for a long period of time to get the taste just right.

Blended by AJ Fernandez and Justin Andrews and crafted at Tabacalera AJ Fernandez in Esteli, Nicaragua, Diesel Sunday Gravy Porcellino is rolled with an Ecuadoran Habano wrapper over a Nicaraguan Pueblo Nuevo binder and Nicaraguan Habano filler. It is a smoke that delivers notes of pepper, earth and leather.

“Porcellino” is being released in a toro size only.