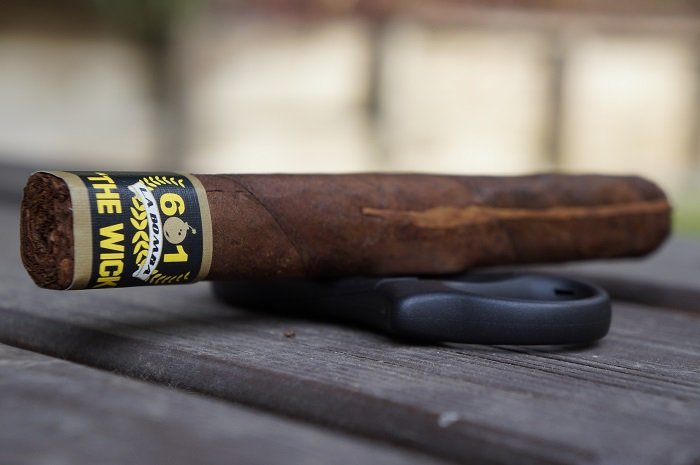 Aaron: The wrapper on the 601 La Bomba The Wick Maduro is a very rustic looking mix of medium and dark browns. There are some raised and knotty veins present and the seams are easily visible as they are slightly raised as well. The head is finished off with a well applied set of caps and a long tail that runs down the front of the cigar and is a lighter color than the wrapper. The band is on the foot and is black, yellow and white and designates the brand and line name, but no mention of the wrapper type. The aroma from the wrapper is dark chocolate and light cayenne pepper. The foot brings a mix of lightly sweet marzipan and cedar. The pre-light draw is faintly sweet marzipan and cedar with a mild spiciness on my lips.
John: The 601 La Bomba The Wick Maduro comes in cellophane, with no UPC sticker present. The band is located on the foot, like the Habano, and the cigar has an aggressive box press. One of the main features is the long, light brown wick going down the length of the cigar. Aromas from the wrapper included baking spices, bread and wood. From the foot, there was sweet tobacco and light raisin. 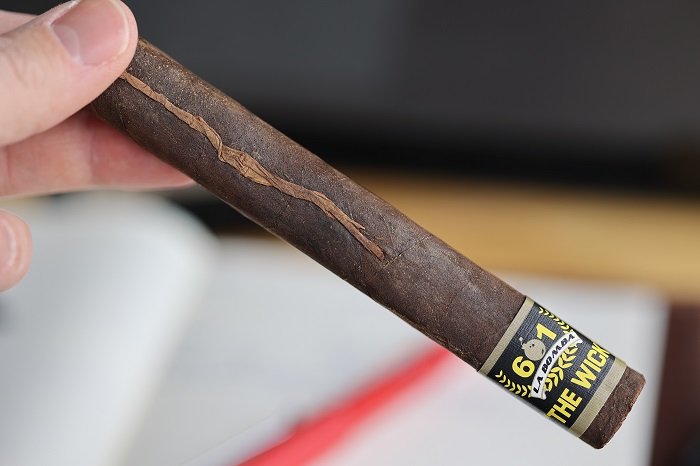 Aaron: The cigar begins with a mix of dark wood, black pepper and light mustiness. At a half inch in, the black pepper picks up a bit. The retrohale brings a slightly dry dark wood and potent black pepper. The third wraps up with an even mix of the dark wood and black pepper with light mustiness. The strength in this third was medium-full.
John: The first third opens with chocolate, cedar and black pepper. Pepper and red pepper flake combine to carry into the post draw. The pepper on the post draw is building to medium-plus and lingering significantly between draws. As it settles in, the pepper has reduced to medium with a creaminess joining to provide some balance. Mild chocolate is present at the end of the finish as it progresses. 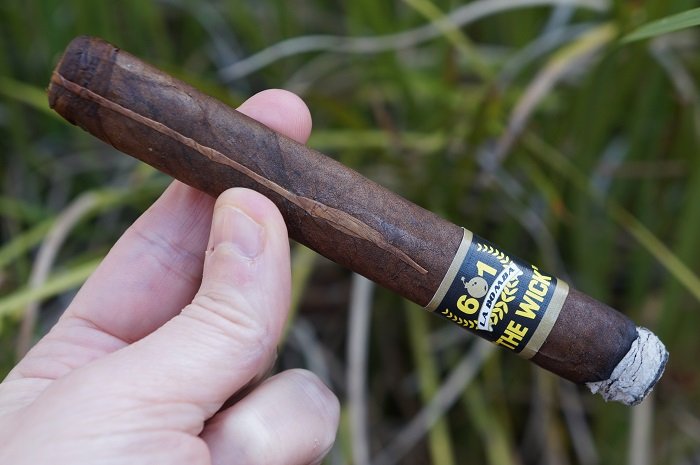 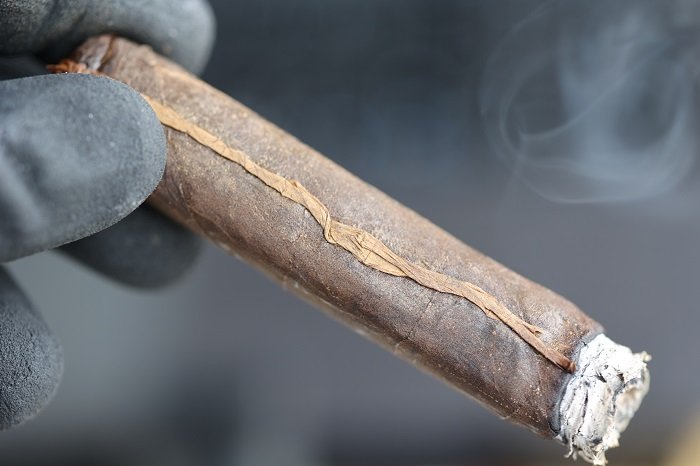 Aaron: As the final third begins, the profile is a bit dry. At a quarter inch in, the black pepper has departed as the wood gains a light char. The retrohale is musty wood and dry earth. At an inch in, the char has picked up a bit. The cigar finishes out with charred wood and dry earth. The strength remained at medium-full.
John: Some flat earth leading into the final third as lingering earth carries into the post draw. Some mild sweetness joins the retrohale as it progresses. 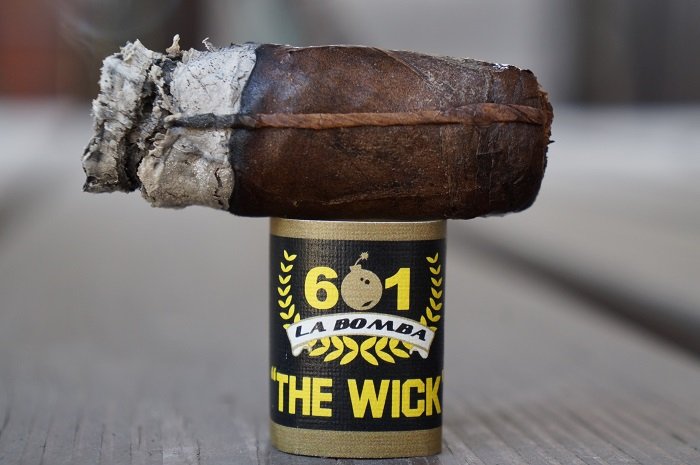 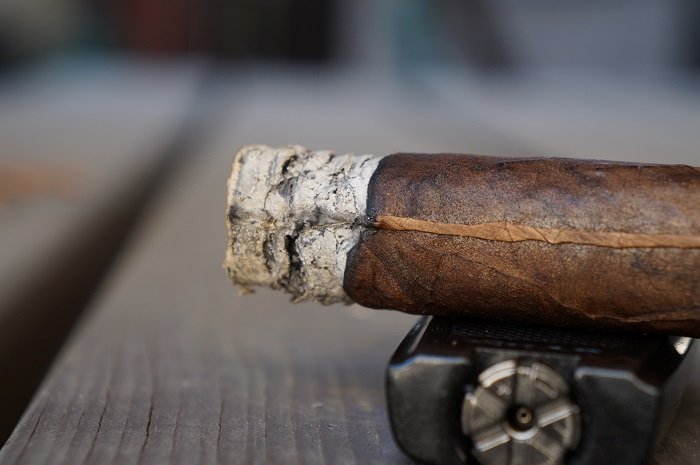 Aaron: The draw was perfect, with just the right amount of resistance that I prefer.
John: The draw has some resistance to it, roughly 2-1/2 to 3 notches into the resistant spectrum.

Aaron: The cigar had a basic profile centered around dark wood, black pepper, dry earth and some light mustiness. Strength was definitely a focus on this cigar and for those that like fuller strength with some darker flavors, this 601 La Bomba The Wick Maduro delivers it. The burn issues that plagued the cigar is really what I’ll remember, but in regards to the flavor profile, it just didn’t bring enough to keep my interest. I don’t really see myself coming back to this one.
John: The 601 La Bomba The Wick Maduro was fairly linear through the review, with some flavor complexity through the first third but not enough to elevate it into a good rating. Between the Maduro and the Habano, my preference was for the Habano. The burn suffered with three re-lights required through the review, and some resistance to the draw. I’d try this cigar again, if only to baseline it to see if a better burn experience had a positive impact on the flavor profile. Total smoking time was 2 hours and 6 minutes.