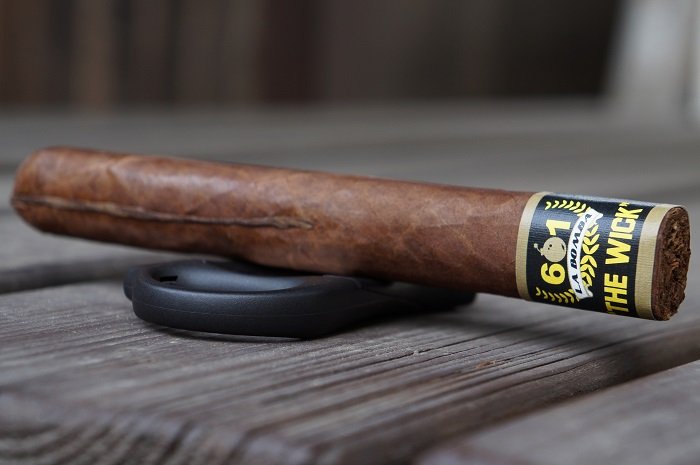 Aaron: The wrapper on the 601 La Bomba The Wick Habano is medium brown and has a bit of a turtle shell effect with the slightly raised veins being outlined in a lighter color. The seams are a bit raised while the head is well finished and has a long tail running down the front of the cigar past the halfway point. The band is on the foot and is black, yellow and white and carries the brand and line name, but no designation of the wrapper type. The aroma from the wrapper is a light mix of wood and tobacco sweetness while the foot brings some bread and baking spice. The pre-light draw brings a mix of wheat bread and wood, along with a mild spiciness on my lips.
John: The 601 La Bomba The Wick Habano is not cellophaned, and does not have a UPC sticker. The cigar has a sharp box press, along with a long string of tobacco coming off that cap as the ‘wick’. The band is located at the foot, and so I needed to take it off prior to lighting. The aromas from the wrapper included plum sweetness, with bread underneath. I didn’t get anything unique from the foot. 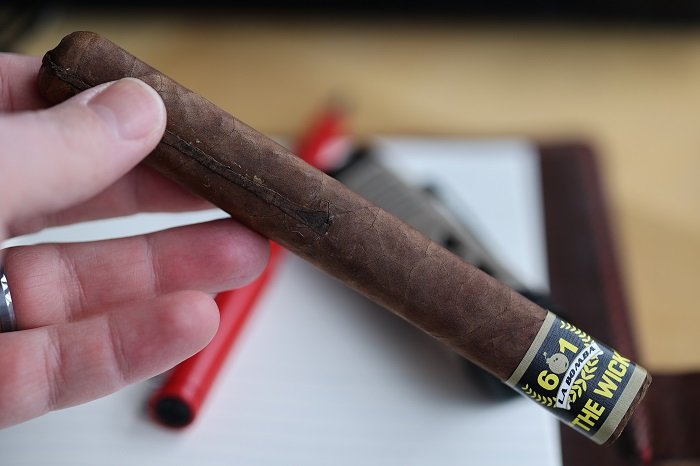 Aaron: The cigar begins with wood and a heavy dose of both baking spice and black pepper. At a half inch in, the baking spice is gone while the black pepper remains full force. The retrohale is toasted wood and light black pepper. At an inch and a quarter, the black pepper has lightened up a bit and a light mustiness has joined the profile. The third wraps up with musty wood up front and black pepper right behind. The strength in this third was slightly above medium.
John: The first third opens with cocoa, cedar, pepper and cinnamon as the cinnamon and pepper combine for a strong post draw punch. I’d rate the post draw pepper at full strength right out of the gate. Some sweetness starts to build in the middle, at medium strength. By the 40 minute mark, approaching the half way mark, some earth comes through at the end of each draw. The intensity of the spices and pepper back off at the halfway mark, with the sweetness matching the intensity. 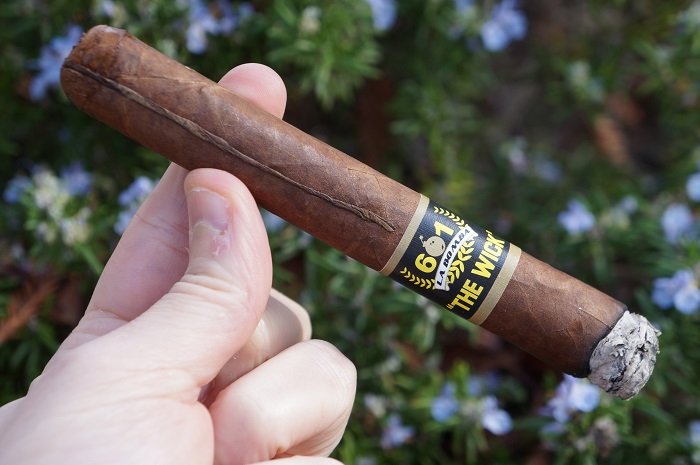 Aaron: As the second third begins, the wood gains a toasted note and the mustiness has increased. At a half inch in, some dry earth joins the profile. The retrohale is toasted and musty wood with light black pepper. The third wraps up with the musty and toasted wood even with the dry earth and mild black pepper in the background. The strength remained at slightly above medium.
John: Sweetness and baking spices lead the cigar into the second third at equal medium strength. Light plus earth finishes the draw, as chocolate comes through the retrohale at light plus as well. The earth settles into the post draw, bringing with it sweetness and minerality. 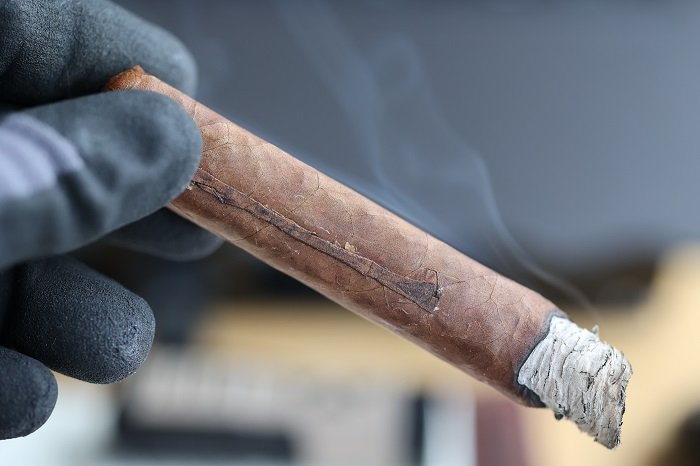 Aaron: As the final third begins, the toasted note has transitioned to a light char. At a half inch in, some bitterness joins the profile. The retrohale is toasted and musty wood with mild black pepper. The cigar wraps up with charred and musty wood, dry earth with light black pepper and bitterness. The strength remained at slightly above medium.
John: Intense spices at medium-full take the cigar into the last third. Earth is still present through the end of the draw. As the last third progresses, earth pushes into the middle of the profile. 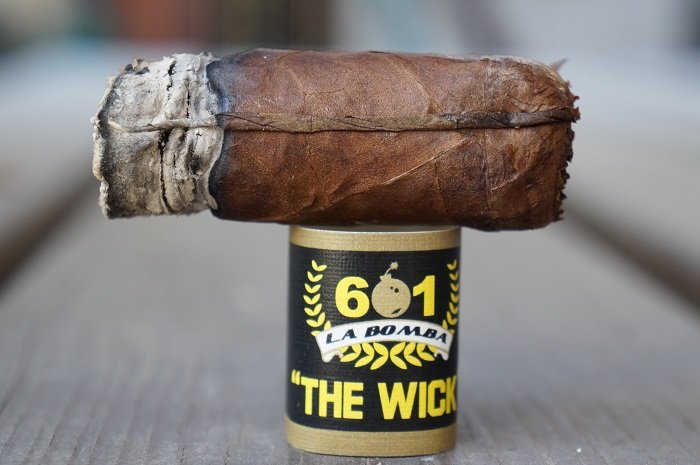 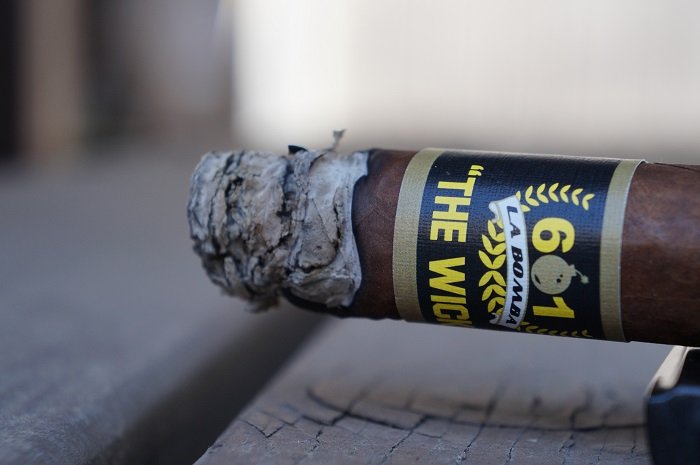 Aaron: The draw was slightly tighter than I prefer, but I don’t think it contributed to the burn issues.
John: The draw was 1-1/2 to 2 notches towards the open spectrum.

Aaron: The flavor profile of the 601 La Bomba The Wick Habano was pretty average, focused around wood, dry earth and black pepper. The burn was atrocious and really put a damper on the experience. There’s a bit of strength here and for those that like a fuller strength with the flavor combination I described, it might be something they’ll enjoy. Hopefully the burn issues aren’t common. I don’t see coming back to this one, but I’m interested to see what the maduro version provides.
John: The 601 La Bomba The Wick Habano was an enjoyable, full strength and full bodied experience. The intense pepper and spice was balanced with chocolate and sweetness, along with earth accents. The first and second thirds were the most complex with the last third falling off. The burn suffered with numerous re-lights, while the draw was slightly into the open spectrum. I really enjoyed the 601 La Bomba The Wick Habano despite the distractions of re-lighting. I wonder how well it would have performed if that wouldn’t have been necessary, but I would happily smoke it again. Total smoking time was 1 hour and 51 minutes.