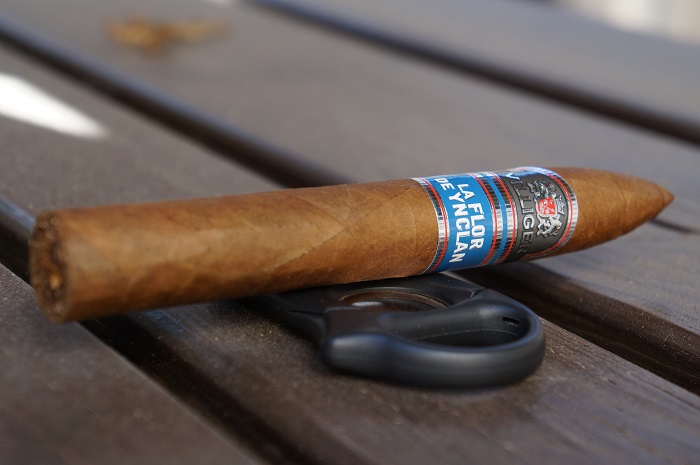 The wrapper is light brown with a few medium sized veins visible. The seams are smooth and slightly visible while the Torpedo head is finished off with a very well applied triple cap with a very pointed tip. The band design is very similar to other Villiger lines and has the company name and line name on it. The primary color is blue and dark grey with silver borders and silver and white lettering. The aroma from the wrapper is a mix of slightly sweet hay and cardboard while the foot gives sweet graham cracker and a fair amount of white pepper. The pre-light draw is identical to the wrapper aroma of slightly sweet hay and cardboard and has a very mild spicy tingle on my lips. 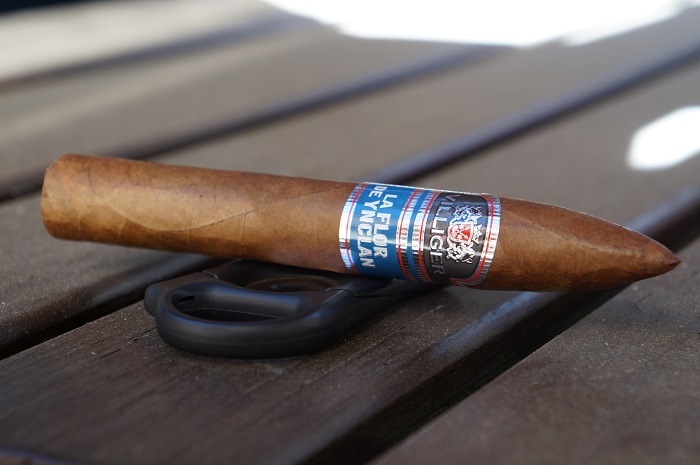 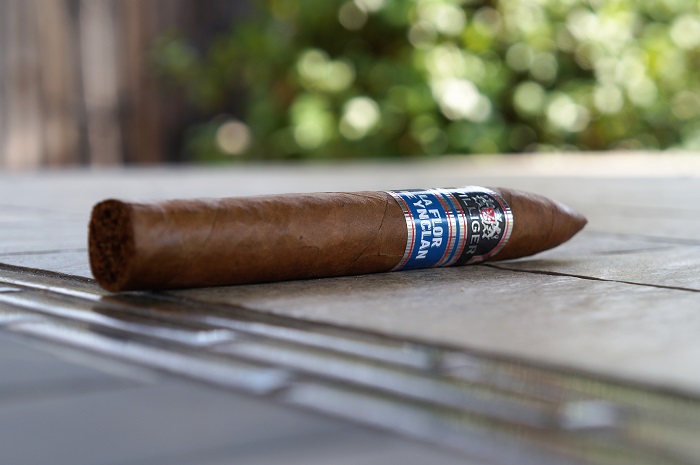 The Villiger La Flor De Ynclan Torpedo has a light brown wrapper shade. Veins are well pressed and seams tight. The cigar feels on the heavier side being packed full of tobacco but with a firm, even give. The cap is finished off with a thick double cap. Nosing the wrapper gives pungent barnyard and cedar. Nosing the foot tells white pepper, cedar, dried apricots and nuts. Cold draw reveals namely dry wood and mustiness. 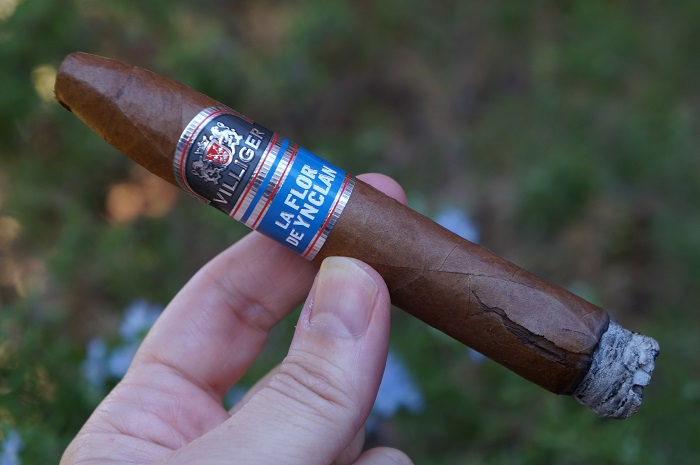 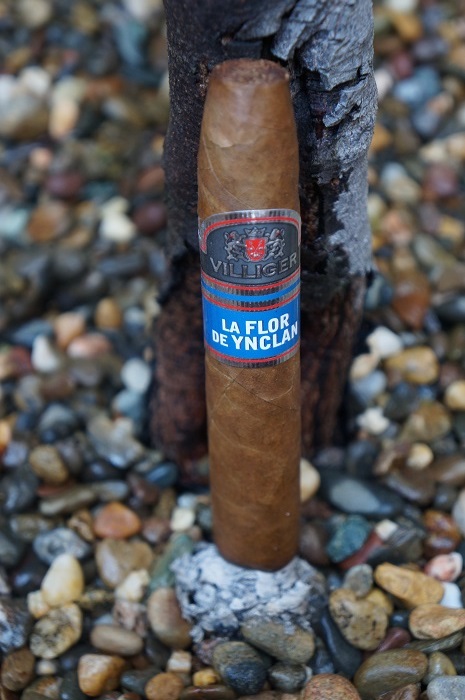 The first third’s flavor profile is one that is fairly nuanced with light dry wood, baking spices and cherries. Roughly an inch in, a creamed coffee note appears. Retrohaling brings forth elevated levels of cherries and a spicy cedar. The finish is a lingering soft, dry wood and nuts. Strength and body is medium.

Getting into the second third, the cigar has been burning like a champ and overcame the split with no additional damage. The cinnamon increases a bit while the creamy wood note remains up front. The retrohale has gained quite a bit of wood while the minerality is still present in the background. At an inch in, the cinnamon has left as some char joins the wood and cream notes. As the third comes to a close, the char picks up a bit and pushes the creamy note out of the profile. The strength in this third is slightly above medium. 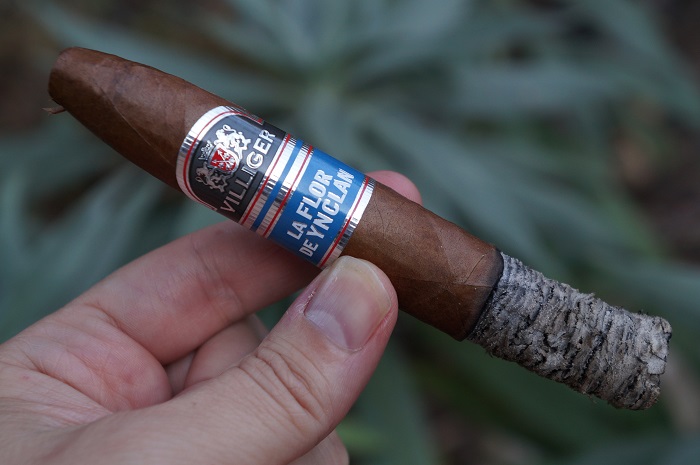 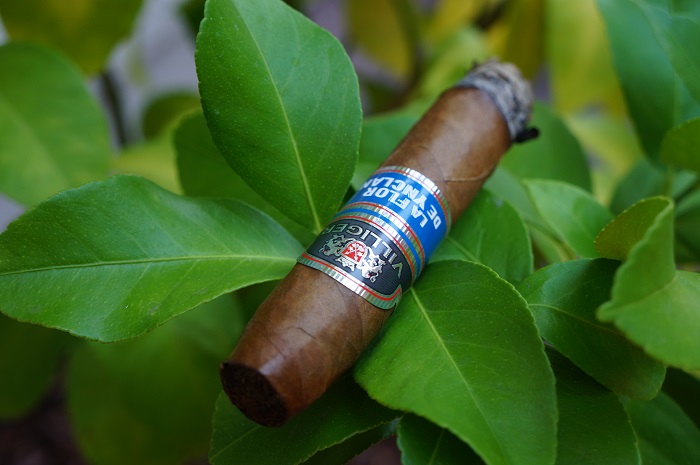 Heading into the second third, the cigar keeps it’s core flavor profile being smooth and easy going. Still mouth draw flavors of light dry wood, baking spices, cherries and creamed coffee. Retrohaling picks up coffee and baking spices in addition to cherries and spicy cedar. The finish continues to be soft, dry wood and nuts. Strength is slightly above medium and body is still medium. 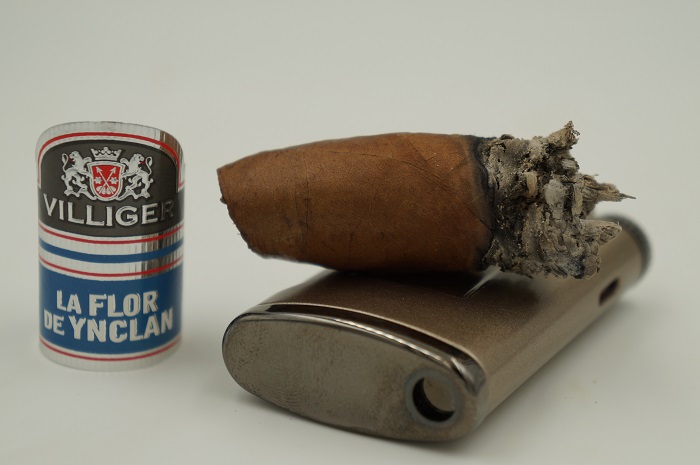 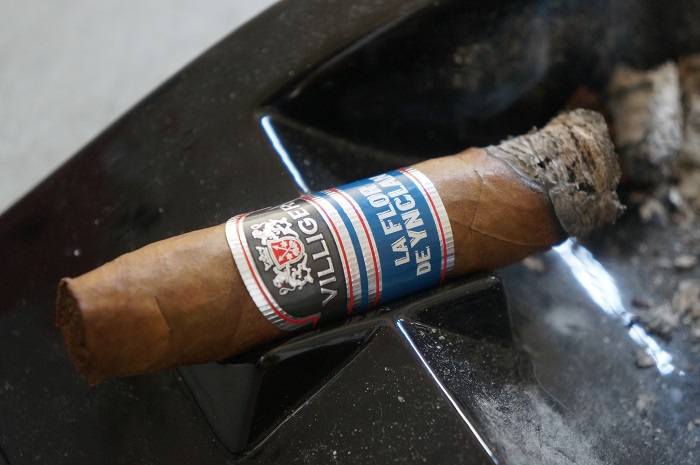 The last third transitions into a profile that is both dry wood and baking spice forward. The cherries and coffee are still there but definitely in the background. Retrohaling further accentuates the baking spices and dry wood. The finish has more of a robust dry wood note in addition to the baking spices. Strength surprisingly moves to medium-full while body maintains its medium state.

The wrapper crack didn’t cause any issues with the burn as it stayed very straight most of the time with some slight waves here and there. The ash held on in near two inch increments. 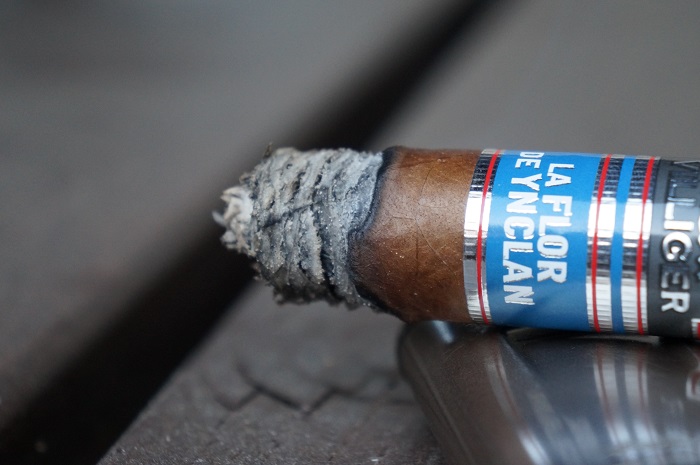 Overall, burn performance was very good. A touch up was needed within the last third due to a very uneven burn but other than that, the cigar burned cool with fairly sturdy ash marks averaging 1.5 inch increments.

The draw was a bit snug in the beginning, but the beauty of a Torpedo is that you can cut again to try to ease things up and that is what I did to create just a slightly tight draw.

I was interested to see how the redone blend for this cigar would perform and I was pleased. Some decent flavor notes for the first two thirds before it averaged out in the final third. The wrapper is a bit fragile, but performance otherwise was very good. This is probably one of the best cigars Villiger offers and I would be up for smoking more of them. If you’ve been away from Villiger for a while or never tried one, this might be the cigar to try to give you a sense of where the brand is.

Perfect draw. Not always an easy task especially for a sharp torpedo.

I’m liking the direction of new Villiger releases. Villiger does a good job of maintaining a smooth tasting profile while at the same time increasing flavor intensities and slight bump in strength. This cigar is by far my favorite Villiger offering to date. Hope future releases continues this trend.