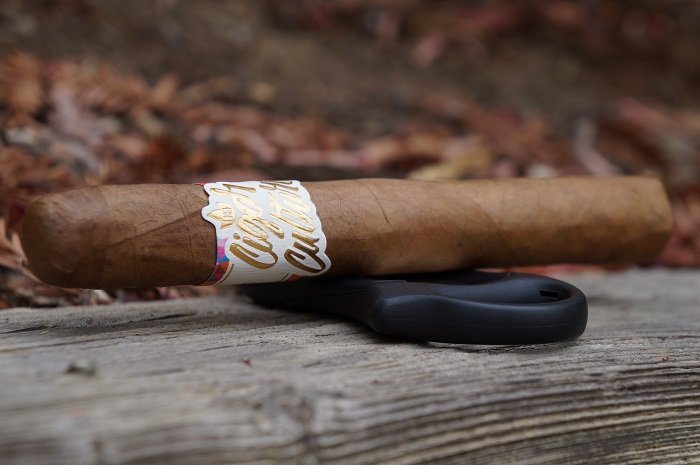 The wrapper on the The Cigar Culture Culture Blend No. 3 is light brown with a dense network of veins, some of them decently raised. The seams are slightly raised while the head is finished off well but with some wrinkly caps. The band is primarily gold and white along with some colorful borders at the top and bottom. The brand name is on one side of the band with the line name on the other side. The aroma from the wrapper is a mix of wood, hay and honey while the foot brings cedar and floral notes. The pre-light draw brings a floral component up front with light cedar in the background. 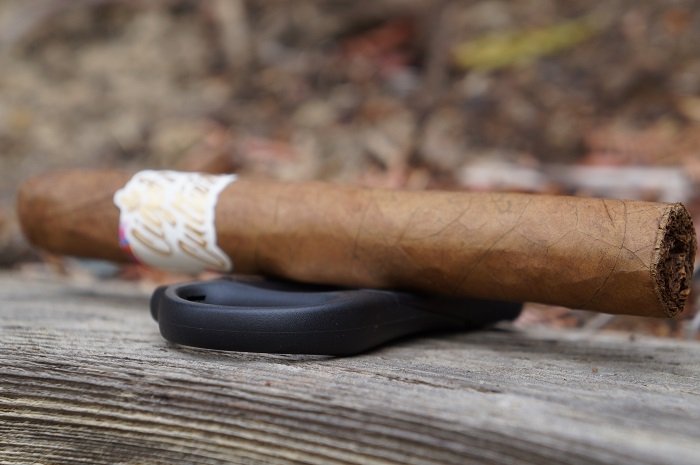 With a band that pops off the lovely Colorado wrapper, The Cigar Culture Culture Blend No. 3 is beautiful in appearance. The cigar has a nice firmness and is silky with a fine grit texture. The veins present are small in size and present throughout. I am picking up an aroma of warm chocolate cake, earth, soft spices, leather and tobacco. 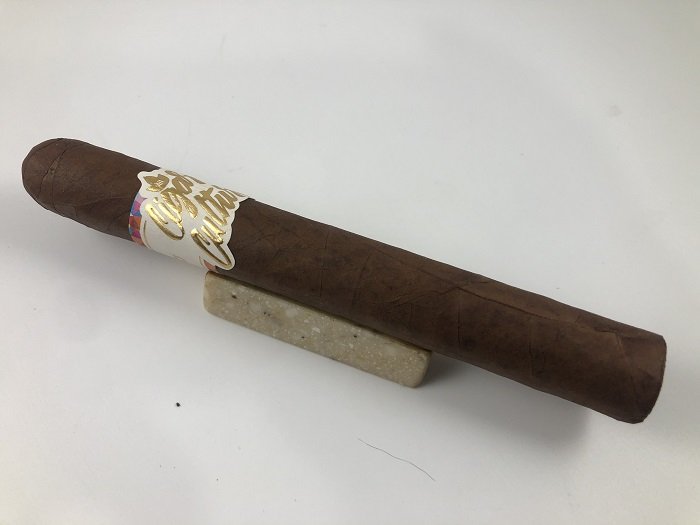 The Cigar Culture Culture Blend No. 3 has an eclectic cigar band that blends metallic gold along with a multicolored geometric pattern in the band edges. The cigar itself sports a smooth, chocolate brown wrapper. Aromas from the cigar include hay and cedar, with a combination of sweet tobacco and hay from the foot. 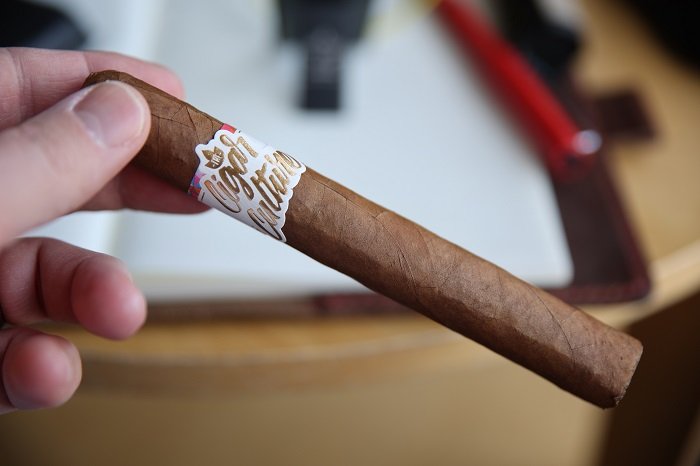 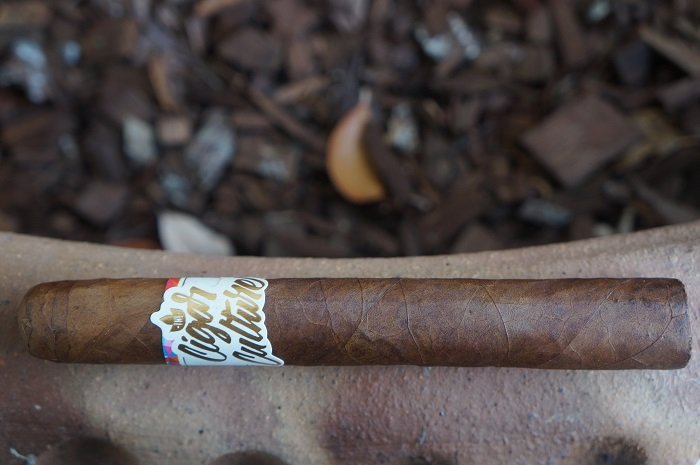 The cigar begins with a mix of cedar, floral notes and light mustiness. At a half inch in, all of the components are even. The retrohale is a mirror image, but maybe a slight bit fuller. As the third comes to a close, a light chalkiness joins the profile. The strength in this third was mild. 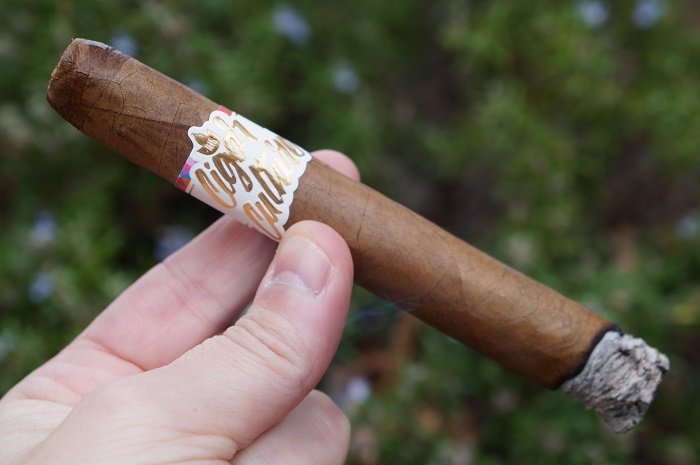 The first third is lovely from the start. It has this warm spice up front and I am picking up ginger and cinnamon. There are some faint dry earth notes present as well, and it has touches of tobacco, leather and pepper on the finish. I would classify the cigar as medium in strength and body, and it has a loose draw. 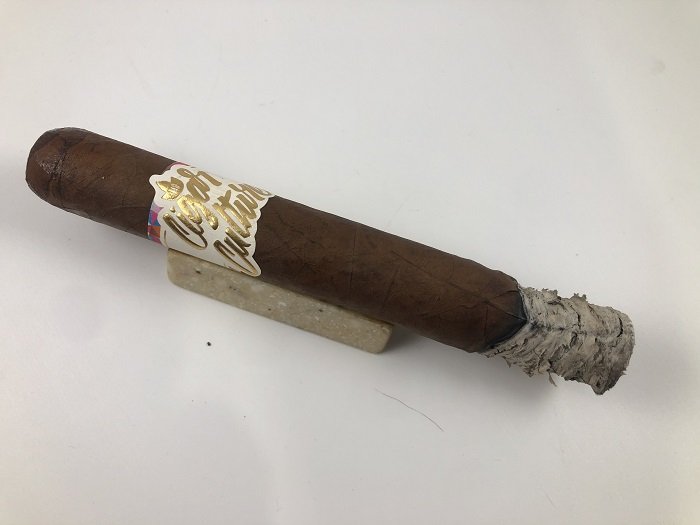 Chocolate, wood and hay open up the first third. A hay and grassy finish develops on the post draw fairly quickly. By the 20 minute mark, hay and cedar are the primary profile driver, at roughly medium strength. 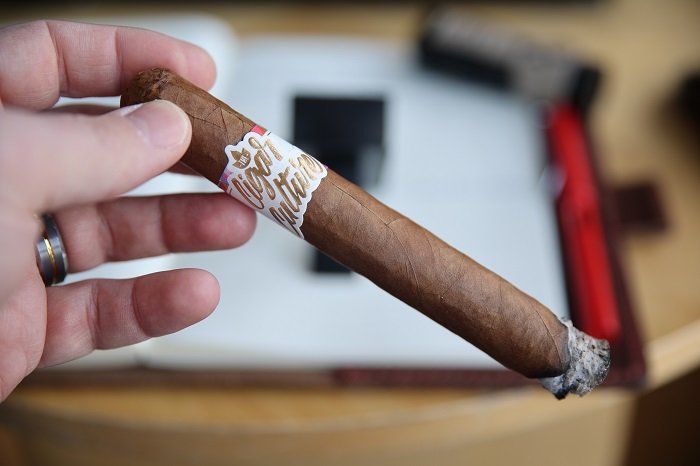 There’s a good amount of layers to the first third. The profile has balance, with notes of cinnamon, cedar, red pepper, effervescence, rock soil and dried nuts. Through retrohaling, deeper notes of cinnamon and red pepper spice. The finish is pretty clean with a lasting cinnamon spice on the back end. Strength and body is medium. 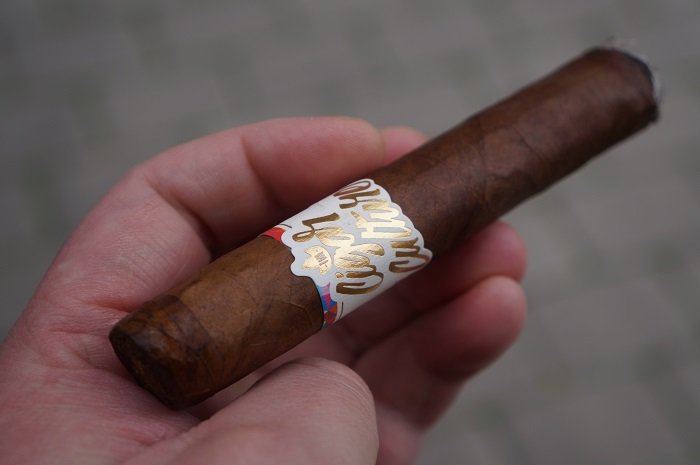 The second third continues on with the cedar, floral, mustiness and light chalkiness profile. At a half inch in, the chalkiness is even with the rest of the profile as the cedar has transitioned to oak. The retrohale now has oak and chalkiness up front with a light floral finish. At an inch in, the oak and chalk are even up front with the mustiness right behind and the floral note light in the background. At an inch and a quarter, a mild black pepper joins. As the third wraps up, the profile is musty oak, with chalkiness right behind and floral and black pepper in the background. The strength in this third is mild-medium. 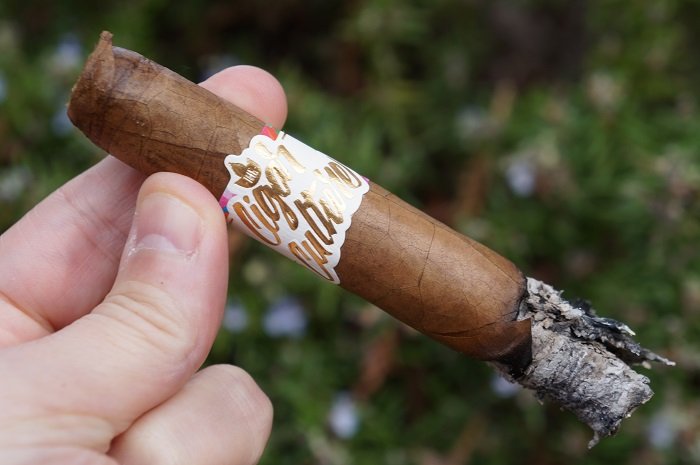 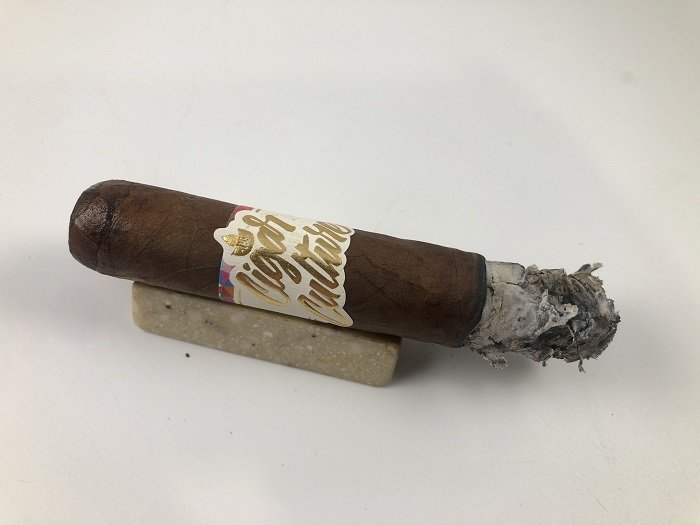 Dry hay and cedar lead into the second third. Mild chocolate settles into the middle of the profile by the 10 minute mark, but is largely drowned out by the hay and cedar. 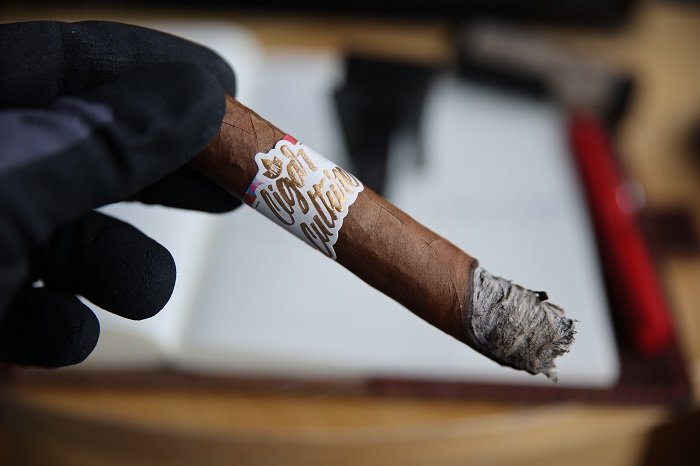 The second third loses some complexities. The balance is now more cinnamon, cedar and introduction of a burning paper note (a flavor I get more often than not with DR tobacco). The finish is also highly earth forward with rock soil and cedar. Strength and body are still medium. 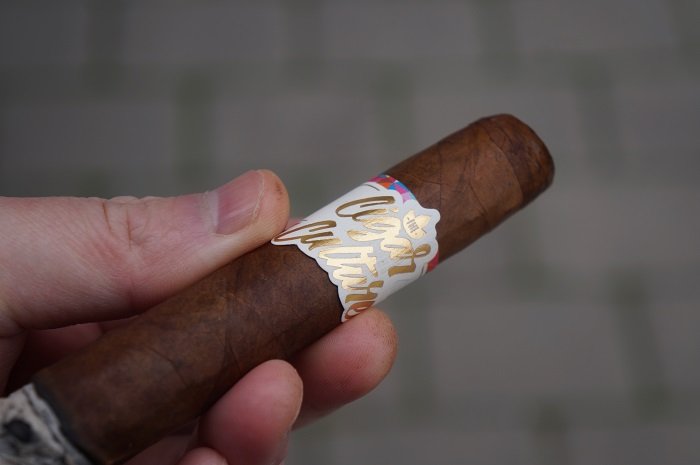 As the final third begins, the oak gains a light char and is even with the mustiness while the black pepper, chalkiness and floral notes are all faint in the background. The retrohale is musty oak. The cigar wraps up with the musty and lightly charred oak up front and the rest of the components faint in the background. The strength in this third bumped up to slightly below medium. 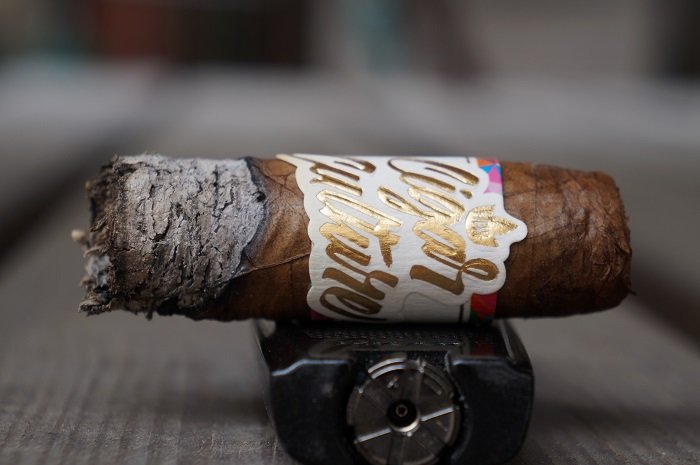 The final third shows some transitioning and I am getting a flavor profile that is peppery with lemon zest qualities. There are touches of leather, wood and earth as well, but the lemon pepper notes take center stage. In terms of strength and body, I found the cigar smoking at a medium to medium-full level. 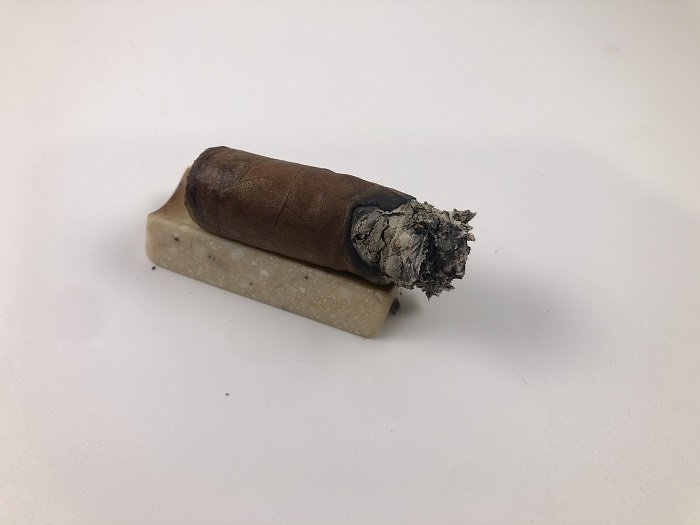 Sweet hay, mild chocolate with a dry wood and hay finish greet me in the last third. Tannins round out the flavor medley once it settles in. 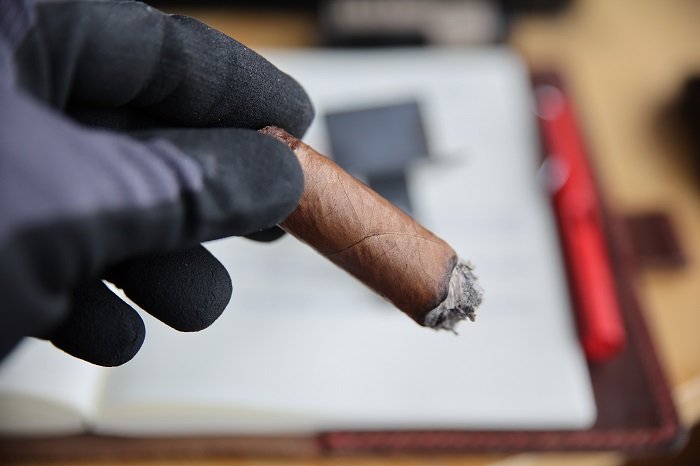 The final third follows suit with the second third. Cinnamon, cedar and burning paper. The finish is still earth forward with rock soil and cedar. Strength and body finishes medium. 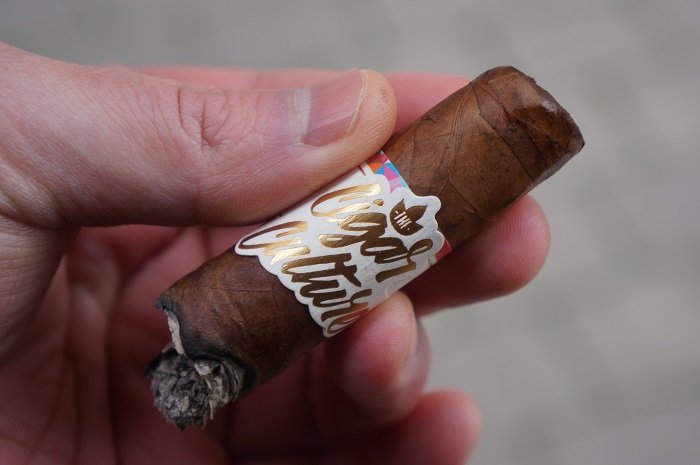 The burn wasn’t that great as a touch-up and re-light were necessary in the second third and another re-light in the final third. 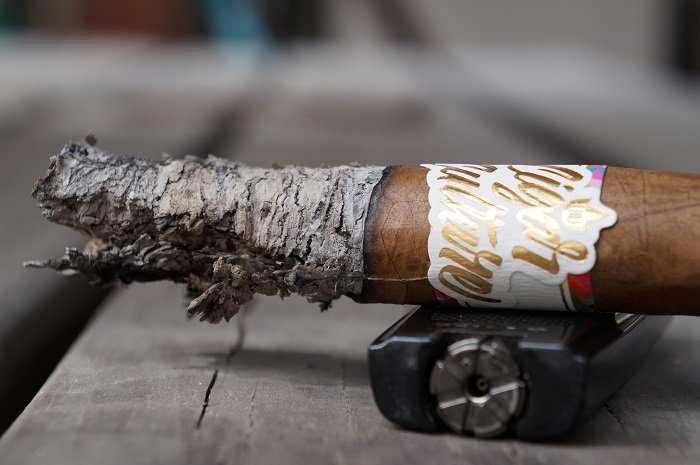 The cigar never had a great burn line, and it required a couple touch-ups, but it never smoked terribly or presented major problems. 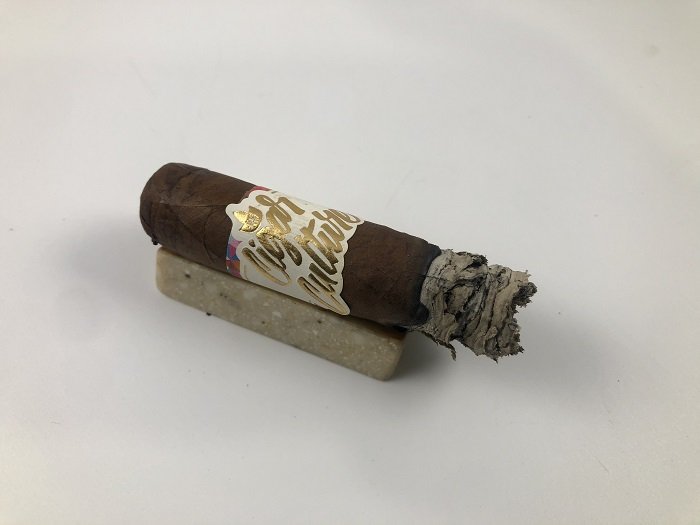 Overall, I rated the burn as good with some lopsided burning that self corrected, and a re-light at the halfway mark. 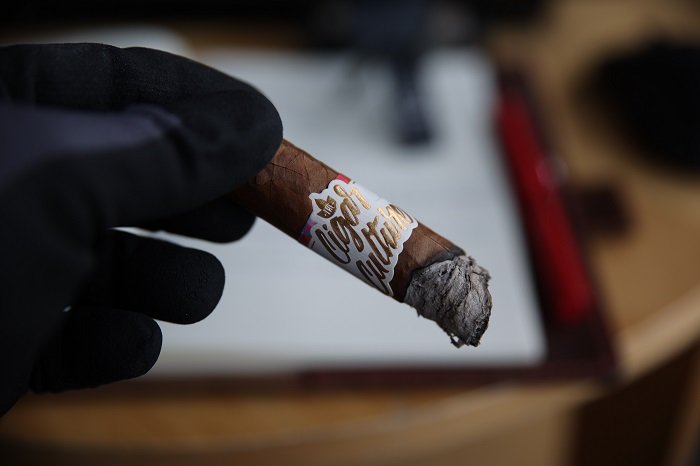 Burn performance was overall very good. A couple touch-ups were needed to get the burn back on track. Aside from that, solid ashes, cool burning and good smoke production. 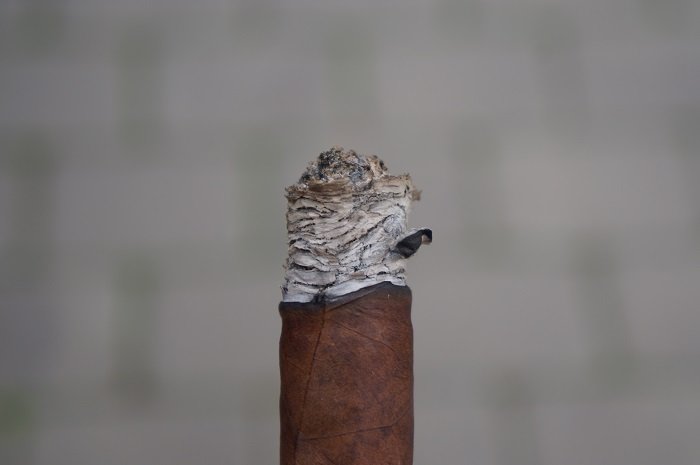 The first third carried an enjoyable flavor profile focused on cedar, floral notes and mustiness. As the second third gained some chalkiness that built up, it dropped down a notch and maintained that level as the oak and mustiness became the core components with everything else light in the background. I liked the low strength and aged tobacco flavors of the first third and wished that would have continued throughout. The Cigar Culture Culture Blend No. 3 is an interesting project and has me looking forward to see if the brand creates any other offerings with well aged components. In regards to this cigar, I don’t really see myself coming back to it, but for fans of low strength offerings, it’s worth trying to track down one or two to see what you think.

The draw improved as the cigar progressed, but it started off quite loose. Good at the end.

The Cigar Culture Culture Blend No. 3 is a fun cigar and has an enjoyable flavor profile. There is some transitioning from third to third and it has a really nice start. I feel that it goes downhill somewhat in the second third, but it does show some improvement in the final third. However, it is not enough to really change the outcome of the cigar. While I found it cool that they disclosed the tobacco in the blend, and the crop vintage, I felt they tried to do too much. The flavor profile touches on a lot of areas, but it never establishes roots. Fun cigar to try with nice packaging.

The draw had some minor resistance to it, roughly 1-1/2 to 2 notches, putting it into the very good category.

The Cigar Culture Culture Blend No. 3 didn’t leave much of an impression, positive or negative. I was not overwhelmed, I was not underwhelmed, I was simply whelmed. Through the review I kept waiting for the cigar profile to define itself, and break out of the hay, cedar and mild chocolate combination. Overall construction was good, with a single re-light required, and only a slight resistance to the draw. Total smoking time was 1 hour and 45 minutes on the nose.

The draw was almost perfect. Just a tad snug.

A nice, complex first third followed by a couple average last two thirds makes for an overall average experience with The Cigar Culture Culture Blend No. 3. The first third showed many layers and balance, with notes of cinnamon, cedar, red pepper, effervescence, rock soil and dried nuts. Past that point, the profile turned into being more earth forward with cinnamon, cedar and burning paper. Not nearly as enjoyable as the first third but respectable. Glad to have tried a brand I’ve never heard of.