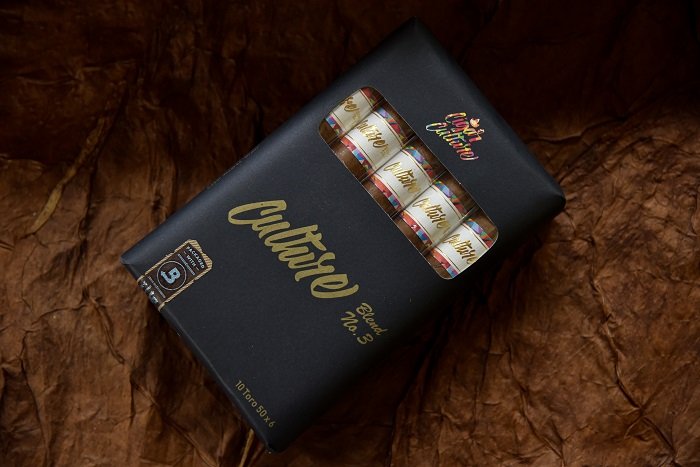 A cigar that was imagined and created to be enjoyed by family and friends around the world, that is a harmonious blend of tobacco selected and prepared by artisanal masters. The *Culture Blend No.3* is an extremely complex medium to full bodied cigar using well processed and aged tobacco from Dominican Republic, Nicaragua and Ecuador, the result is a unique and exquisite cigar.

“It was exceedingly difficult to get to this final product as we tried more than 60 different blends until my vision had been materialized”. Said Acosta From The Cigar Culture

We produced around 25,000 cigars for the first run with limited tobacco. We want to promise the same blend quality we choose to do a second run in 5 years for tobacco aged purposes. Quality and respect for our extended family of retailers and cigar aficionado friends come first in our agenda.