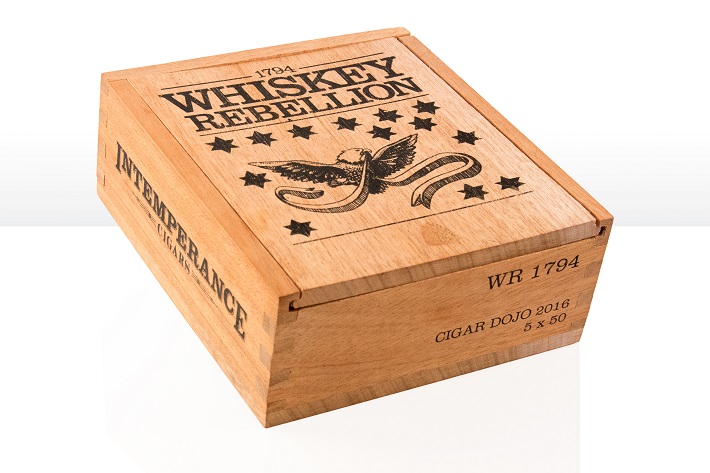 Many of history’s most important moments revolve around whiskey. For instance, in 1791 the very first taxation of any product was instituted by the newly formed United States federal government. That tax was on whiskey. Farmers in Western Pennsylvania, who supplemented their income with whiskey production, did not take kindly to this new “whiskey tax” – leading to the Whiskey Rebellion of 1794 – an uprising that literally threatened the stability of the nation.

Fast forward more than 200 years. Skip Martin from RoMa Craft Tobac and the Cigar Dojo crew spent an evening sipping whiskey on a balcony overlooking Bourbon Street (of all places). In the haze of cigar smoke, noise from the street and influence of fine bourbon, the Intemperance Whiskey Rebellion 1794 was born.

“When Skip approached me with his idea for the Whiskey Rebellion cigar, I couldn’t have been more excited. I love the cigars Skip and Michael produce and tying this release to the Whiskey Rebellion seemed like the perfect fit in today’s battle over government overreach,” said Eric Guttormson, owner of Cigar Dojo. 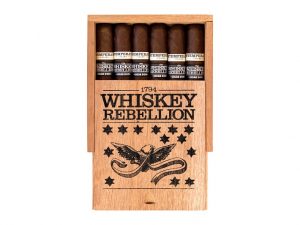 This extension to the Intemperance line is a completely new blend, featuring an oily, Ecuador Habano Ligero wrapper, Indonesia Besuki binder, and Nicaraguan and Dominican long-filler. Rolled in a 5×50 robusto vitola, this full-bodied smoke is packed with flavor, taking on unique notes of fiery BBQ and savory oils, due to the cigar’s unique wrapper. The explosive flavors are not left unchecked though, with hickory and molasses sweetness providing the perfect balance.

“Intemperance represents the idea that life without pleasure is no life at all. Tobacco. Whisky. In moderation these make life interesting. They are an integral part of many people’s quality of life, enjoyed in their pursuit of happiness,” said Skip Martin, co-proprietor of RoMa Craft Tobac. 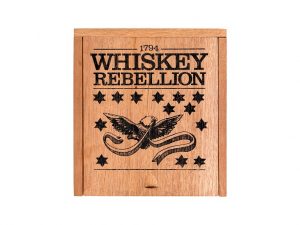 Skip continued, “Taxes are nothing new. Taxing vice is nothing new. We can tolerate a certain amount as our quality of life in itself has a value worth securing, however, what we cannot abide is excessive taxes and regulations. This is also nothing new. What the Whiskey Rebellion of 1794 represents, for me, is two things. First, that we must resist tyrannous taxes and regulations, and second that this resistance is not futile. The message that the patriots of the Whiskey Rebellion sent was received. The taxes were ultimately moderated after Jefferson’s election. I hope that our rational and logical resistance to the current regime of taxes, regulation, and the anti-tobacco temperance movement will also be successful.”