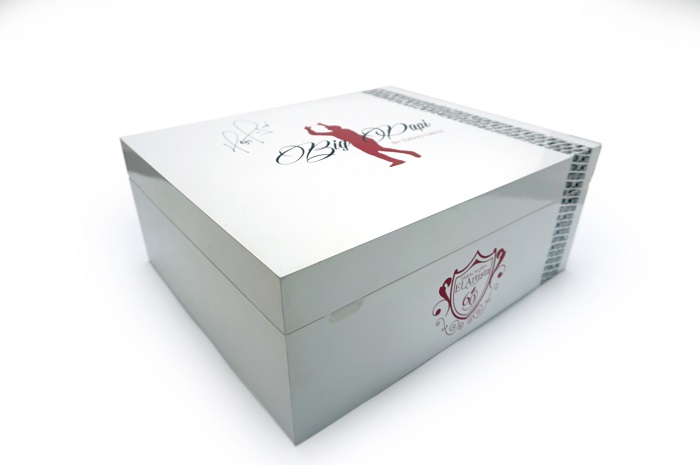 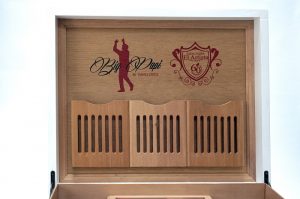 Tabacalera El Artista released details about a limited edition ‘Big Papi by David Ortiz’ humidor. Each is adorned with David Ortiz’s autograph and filled with Big Papi by David Ortiz cigars, part of the remaining original production run from 2013. “We wanted to memorialize the first batch of cigars David blended,” says Radhames Rodriguez, President of El Artista Cigars, “so we built eight exquisite 100-count humidors to house the remaining 800 cigars”.

Produced by Zanwill in Dominican Republic, makers of premium goods, it is a high-end display piece. El Artista spared no expense; the quality of the humidor is impeccable – it has the fit and finish of a Michel Perrenoud or Bocephus Design humidor. Composed of Spanish cedar and okoume wood, the humidor is painted bright white, embellished with branding, individually signed by Ortiz, then sealed and polished to a high luster piano-style finish. “It looks like work of art. The quality honors Big Papi’s legacy; both will live on forever,” says Bob De Goede, Founder of Zanwill. 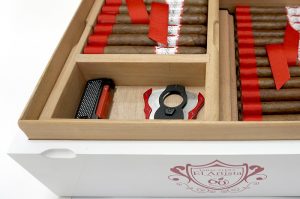 El Artista presented David Ortiz with the first humidor in December 2016 during the closing ceremonies at The David Ortiz Celebrity Golf Classic in Punta Cana, DR. Additionally, an anonymous bidder won a second humidor during a silent auction at the golf tournament. The anonymous bidder reportedly paid in excess of $5,000.

“We only have six left,” says Jonas Santana, National Sales Manager for Artista, “we want to do something fun with the humidors”. Rodriguez states Artista will use the humidors as part of a national promotional program for retailers in the United States. Artista will give away one humidor at IPCPR in a random drawing. With a retail price of $2,500, and such limited quantity, it is sure to be a must-have for IPCPR 2017. For more information about how to qualify for the humidor program, contact Jonas Santana at 1.800.638.0283.