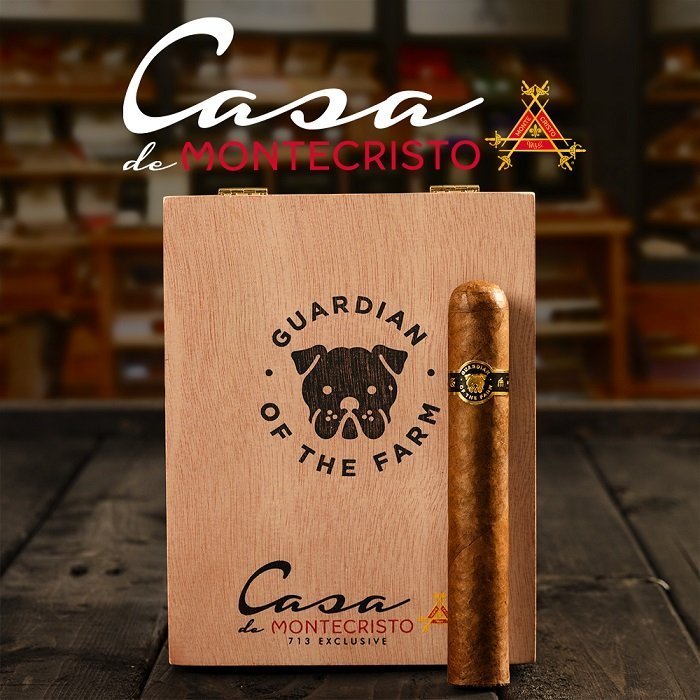 HOUSTON – A new pooch is joining the popular Guardian of the Farm Family – Buster!

This Buster is named after Eduardo Fernandez’s own family guard dog and measures 6 x 60, the largest cigar ever produced for the Guardian of the Farm brand.

It is a Nicaraguan puro featuring the same blend of Aganorsa Leaf tobaccos that made Guardian of the Farm the No. 8 “Cigar of the Year” on Cigar Aficionado’s Top 25 list in 2017. It’s easy to see why it earned a 93 point rating.

But this Buster-sized cigar is even more suited to the Texas market than its Guardian of the Farm brand pals, and why it can only be found here.

Look for Buster only in the Casa de Montecristo retail stores in the greater Houston area. We’ve given it the “713” signature to denote its exclusive Houston availability. But move fast, just 200 boxes were produced.

The Suggested MSRP is $10.50 and the cigar will be available starting mid May.