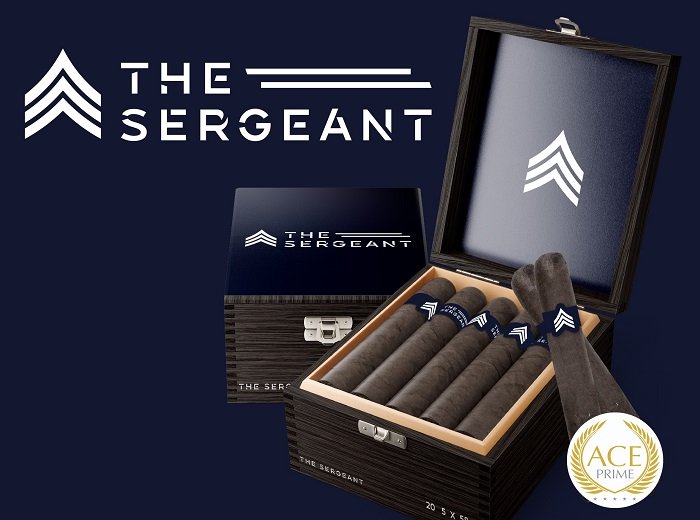 Ace Prime announces its PCA 2021 Exclusive cigar and expansion upon company’s ‘House of Values’ with a single vitola cigar, specially dedicated to the heroes who fight in anonymity, the ones who self sacrifice out of deep-rooted honor, regardless of recognition or acclaim.

“Luciano and I blended this cigar mindful that this product represents the most noble values of humanity and that’s why the hands and hearts involved into the craft of this cigar, everyone, understood the honor of being part of this project” said Eradio Pichardo – Master Blender and co-owner of Ace Prime – Tabacalera Pichardo

The Sergeant is a medium-full body blend with deep flavor notes. Due to its balanced acidity all the complexity is slowly revealed by its potent long-aged ligeros from Esteli, Visos from Jalapa and Pueblo Nuevo. A double Connecticut binder is used and it is wrapped by a natural rosado Corojo 99 (Ecuador).

“I was Inspired by the life of my dear friend and US Marine Corp Sgt. Brian Acevedo, one of the most altruist and self-given persons I know.” Brian is the living example of what is to put the lives of others before your own, he has encountered peril many times and stood his ground. This cigar honors every man and woman who bravely committed to unconditional altruism” says Luciano Meirelles – Master Blender, President and Co-owner of Ace Prime.”

The Sergeant
….is the one who sees a fellow friend in danger and does not hesitate to save them….is The brave soul who fights for those who don’t see their sacrifice, for those who may never know their name. The Sergeant is humanity at its best!