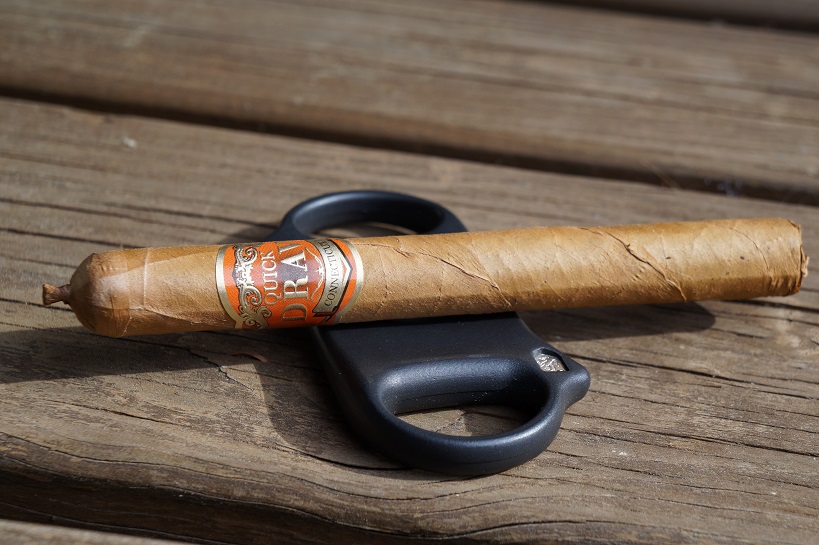 The wrapper is a very light brown with a tinge of yellow. The foot is folded over and closed while the head has almost a quarter inch twist coming off of it. The wrap lines are visible with the ones toward the foot slightly raised. A few visible veins that run the length of the cigar. The aroma from the wrapper is a light dry hay which is the same aroma from the foot since it is covered by the folded over wrapper. The pre-light draw is more of the dry hay, but with a little sweetness and some spice on the tip of my tongue and lips. 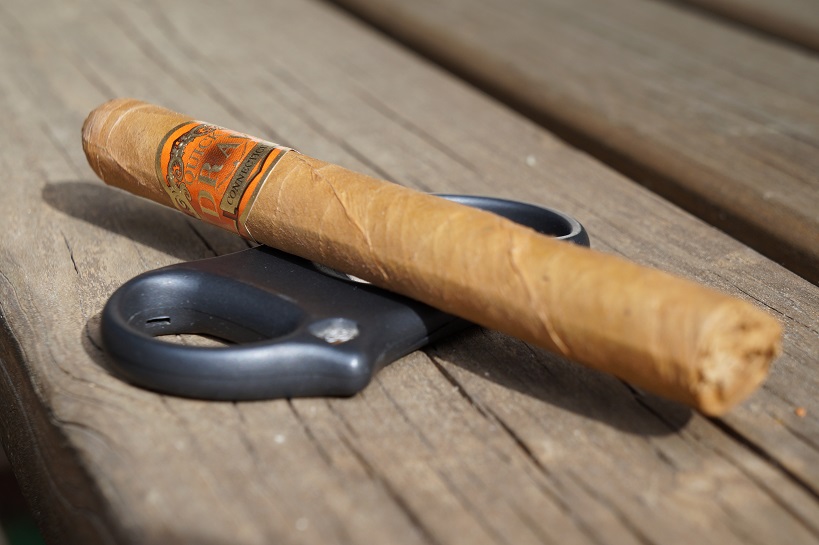 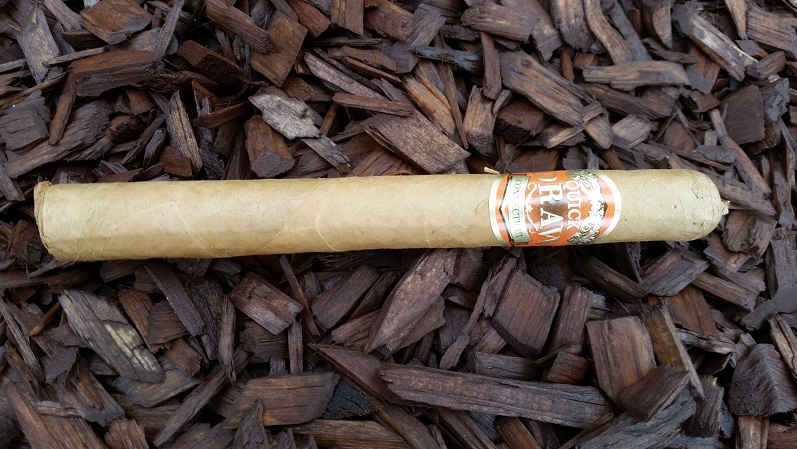 The Southern Draw QuickDraw Connecticut has a semi-oily, light brown Ecuadorian Connecticut wrapper. The oil content of the wrapper has a nice slick feel on my fingers. The cigar looks well rolled with well pressed veins and fairly invisible seams. When given the pinch test, the cigar feels well packed with no soft spots and uniform. The pigtail head is finished off with a well adhered triple cap. Nosing the wrapper provides sweet hay, floral notes and roasted chestnuts. Nosing the foot tells sweet hay and white pepper spice. Cold draw tells namely sawdust and slight white pepper spice.

Upon lighting, I’m greeted with some full flavors of cinnamon and cream with a nice cinnamon bite on the retrohale. A few draws in and the cinnamon really mellows out. Primarily cream with some woodiness and a light cinnamon on the finish. About three quarters of an inch in, the cream and wood are really pairing together well. That light cinnamon is still hanging on to give me that reminder that it’s still lurking in the background. Nearing the end of the third, some coffee comes into play to mix with the cream and the cinnamon has dissipated. The retrohale is now just a very light cream. The strength in this third was just a bit under medium. 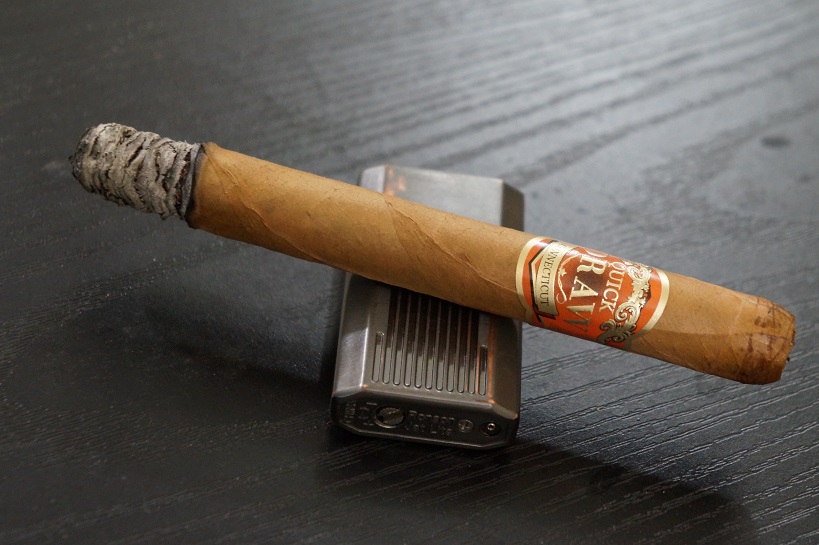 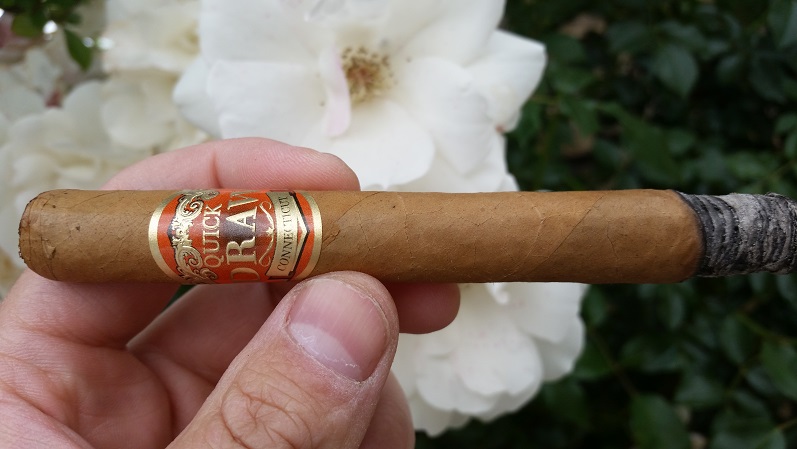 As this third begins, the woodiness is now the primary flavor with the cream and coffee secondary players. The woodiness is also making its way into the retrohale to mix with the cream. The woodiness continues, with the smoke being slightly dry, but very full in body. Halfway through the third and some minerality is making its way into the profile to mix with the woodiness. A little further in and a bit of pine brightness comes in which seems to replace the minerality. The retrohale is remaining woody and creamy. Nearing the end of the third, the pine fades back a bit but is still in the background of the primarily wood and creaminess. The strength in this third is right at medium. 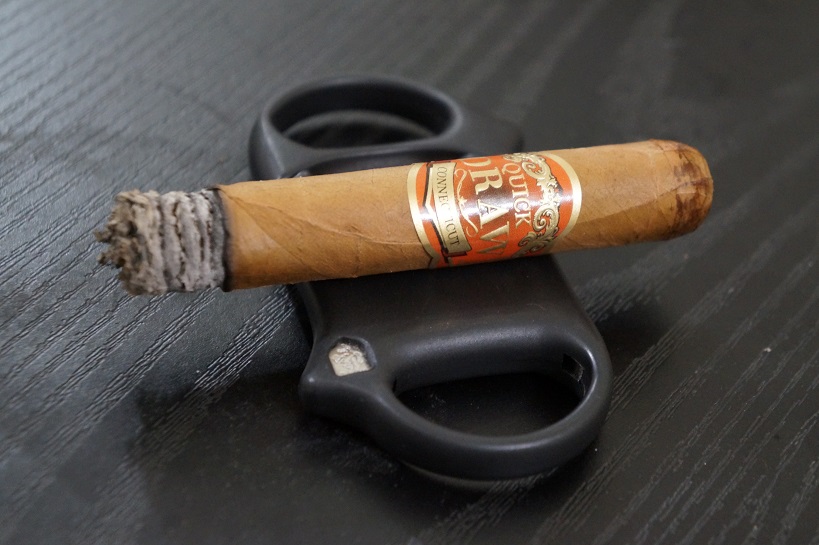 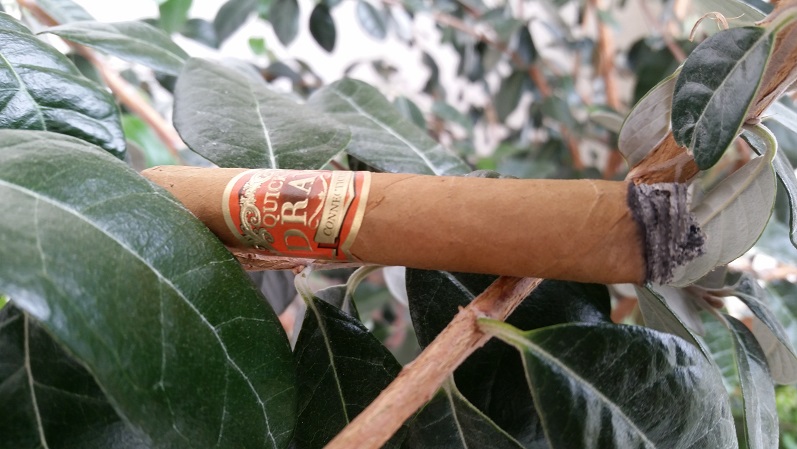 After a swift 20 minutes, the second third begins. The beginning of the second third has a noticeable increase in the white pepper spice. The white pepper mixing in with baking spices works really well together. The spice is combined well with the sweetness of the Ometepe tobacco. Other flavors include toasted dried nuts and a faint bitterness. Strength has increased within the second third but I would still call it a medium. Body stays at a solid medium.

As this third began, I was getting some bitterness, so I performed a flaming purge which produced a significant flame. After letting the cigar settle down from the purge, the bitterness had subsided significantly, but it didn’t fully disappear. I am now getting a slightly charred oak along with some cream and a light bitterness in the background. As the third progresses, the bitterness ramps up again. Based on the small amount of cigar left, I’m going to skip the flaming purge so I don’t melt my face off. The mouth flavor is primarily bitterness which parks right in the middle of my tongue. The retrohale doesn’t carry any of the bitterness and is primarily creamy with a bit of wood in the background. The remainder of the third continues with the bitterness fluctuating up and down mixed in with some charred oak. The strength in this third moved up to slightly higher than medium. 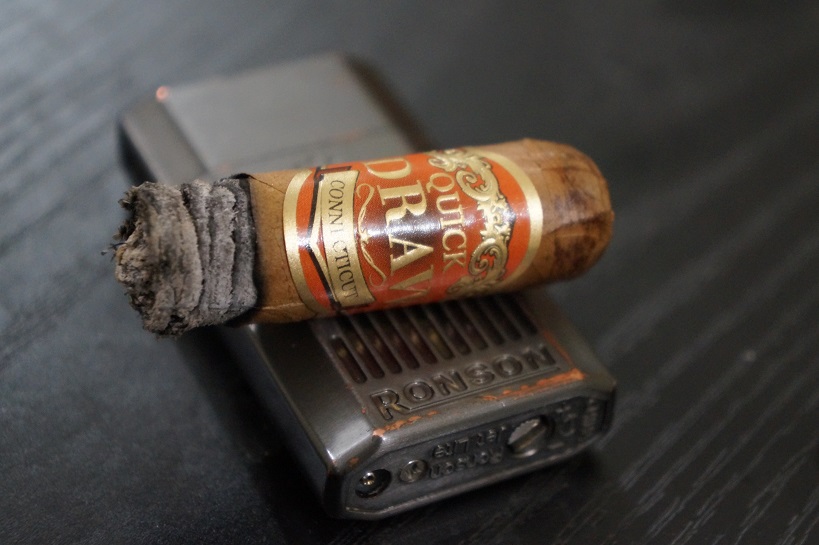 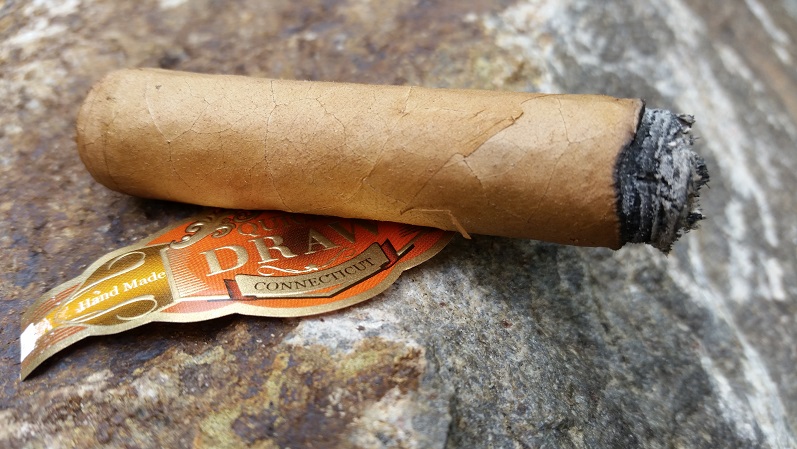 After yet another swift 20 minutes, the last third begins. The flavor profile is much like the second third. Still namely wood and spice profile. Flavors of white pepper spice, baking spices and sweet hay. The main difference is the increase in bitterness. The bitterness does not entirely take over the other flavors but plays a major role in the flavor profile. Strength and body still at a medium.

The burn was fantastic. Razor sharp the entire time and holding the ash for an inch or so at a time and providing volumes of smoke. 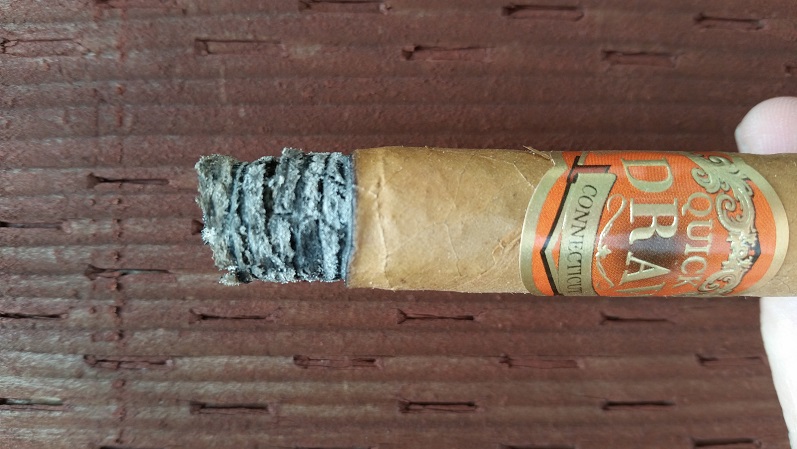 The burn was superb. Knowing this was rolled at Tabacalera Fernandez, I am not surprised. Solid 1 inch ash marks and razor sharp burn.

The draw was spot on. I couldn’t have asked for anything better.

This is a really good cigar. The flavors I got in the first two thirds were very enjoyable. The final third was a bit of a let down with the bitterness, but I’m hoping some additional age will smooth that out. Performance was nothing other than sublime. Couldn’t have asked for anything better, which is always a boon to any cigar. This would pair really well with some coffee or hot tea in the morning or mid day, but would still be enjoyable at any time of day. Definitely approachable to any smoker and I would highly recommend that you pick some up. Not that it factors into the scoring, but the price is right and the smoke time is easy to fit in when you may be short on time or ideal weather conditions. Go get some.

Draw was a bit loose for my liking. There was too much of an airway. But important to note, this never heated the cigar or gave off-putting flavors.

This is a good addition to Robert’s brand. A new wave of Connecticut wrapper cigars that gives good body, strength and balance. This cigar can pair well with the morning cup of coffee and can easily stand on its own without a flavored beverage. The only let down is the increase in bitterness at the last third in which age will hopefully rectify.