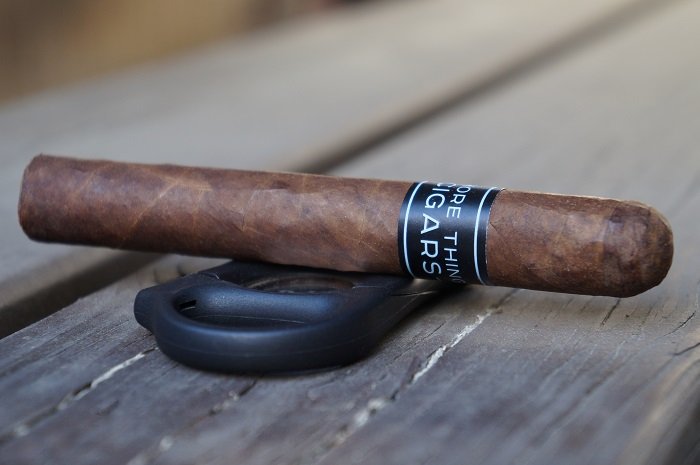 The wrapper on the Shore Thing Exclusive by Crowned Heads is light brown and has a turtle shell effect as the network of slightly raised veins carry a lighter color. The seams are smooth but easily visible due to the color variations of the wrapper. The head is finished off with a well applied triple cap. The band is a simple black strip band with the name of the store and bordering in white. The aroma from the wrapper is light cedar while the foot brings a mix of graham cracker and leather. The pre-light draw brings mostly leather with a bit of graham cracker in the background. 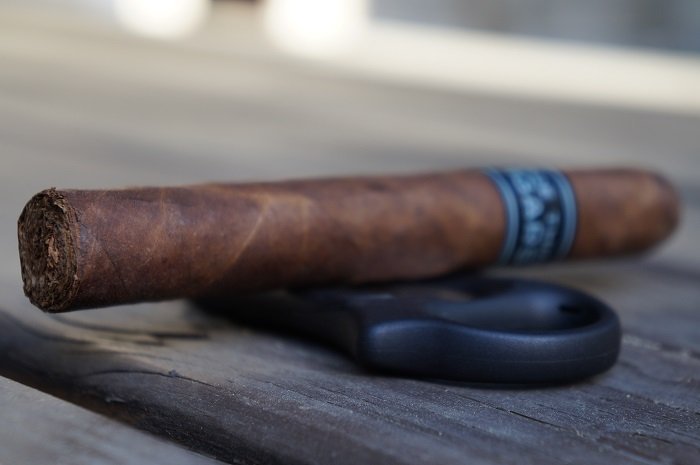 The cigar begins with an interesting profile of musty wood that has a slight sour note to it. The sourness is not off-putting, just creates a unique profile. At a half inch in, the sourness is becoming more identifiable as sourdough bread while the musty wood is at an equal level with it. The retrohale brings the musty wood along with a mid-level black pepper. At an inch and a quarter, some char joins the wood as the sourdough note moves to the background. The strength in this third was mild-medium. 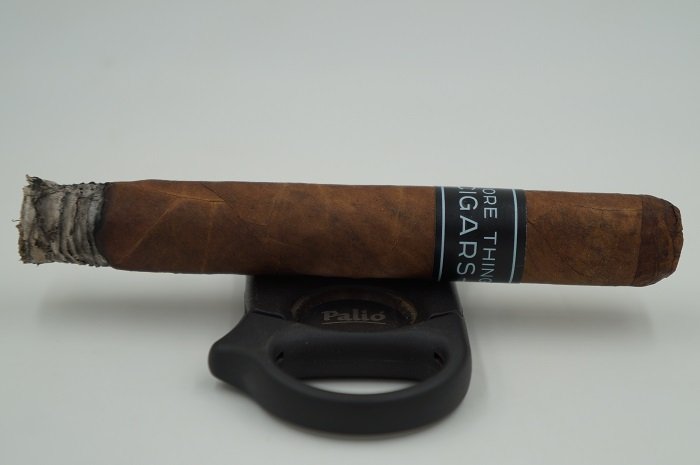 As the second third begins, some black pepper joins in with the slightly charred and musty wood. The sourdough note is faint in the background. At a half inch in, the sourdough note is gone as the char has picked up a bit and the black pepper is in the background but has a long finish. The retrohale now just shows charred wood. At an inch and a quarter, the char has continued to increase and the black pepper is no longer detectable. The strength in this third bumped up to slightly below medium. 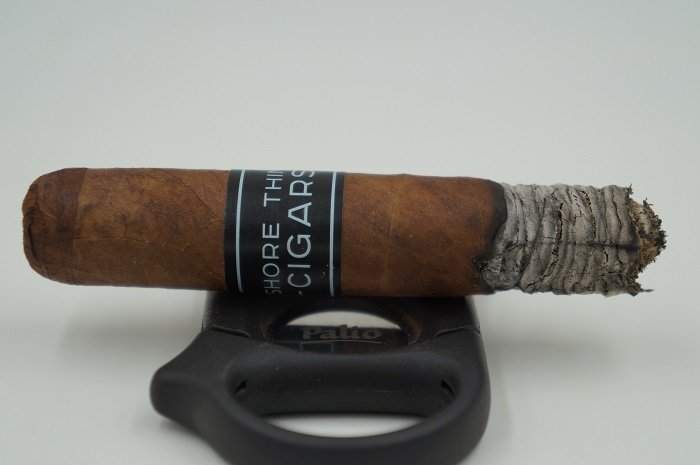 As the final third begins, some of the sourdough returns, somehow cutting through the large amount of charred wood that is present. At a half inch in, the char has mellowed quite a bit and it is at an even level with the mustiness and sourdough note. The retrohale is a mirror image of the same profile. At an inch and a quarter, the cigar begins to heat up which brings a slight metallic note to the profile. The strength in this third bumped up to medium. 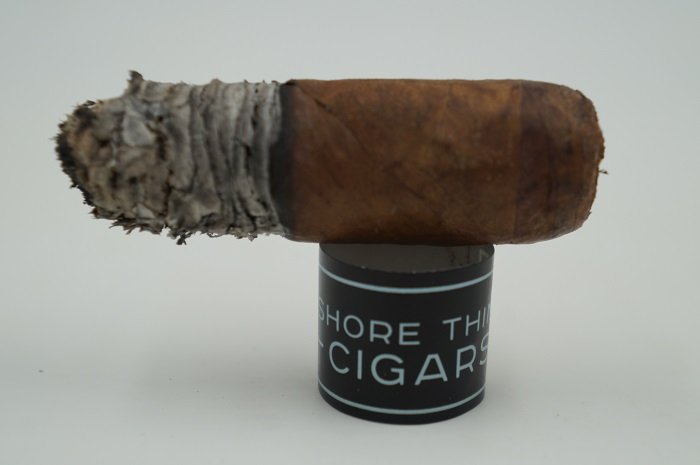 The burn was straight most of the way and had a slight wave in a few spots. The ash held on in inch and a quarter increments. 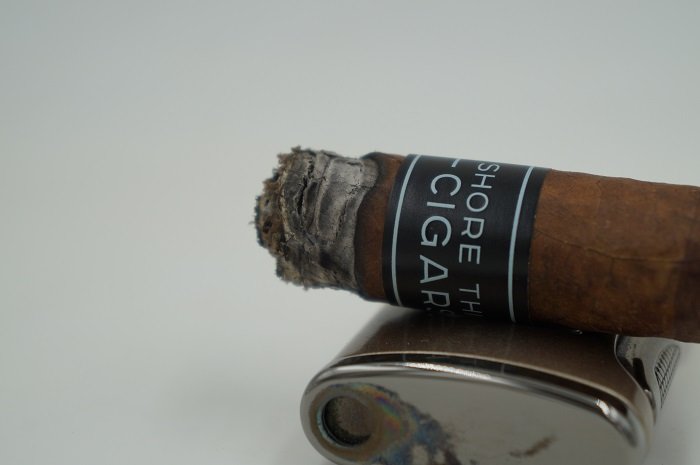 The cigar began with must wood and a sour note that quickly became identified as sourdough bread. Later some black pepper joined. The wood gained some char and in the second third, that char kept building as the pepper and sourdough left. In the final third, the sourdough returned as the char receded. Strength built up to medium and the construction was very good. Rarely do I get a sourdough note in cigars, but the unique component was a nice addition here. Overall, the profile of the Shore Thing Exclusive by Crowned Heads was average, even with its uniqueness. The price point is quite high, but for a store exclusive, I can understand some reasoning to it, I just don’t feel the experience earns it. This isn’t a cigar I’d likely come across again due to it’s availability. If you’re a Crowned Heads fan and have a chance to grab one, you should go for it, but it won’t drive me to seek more out.