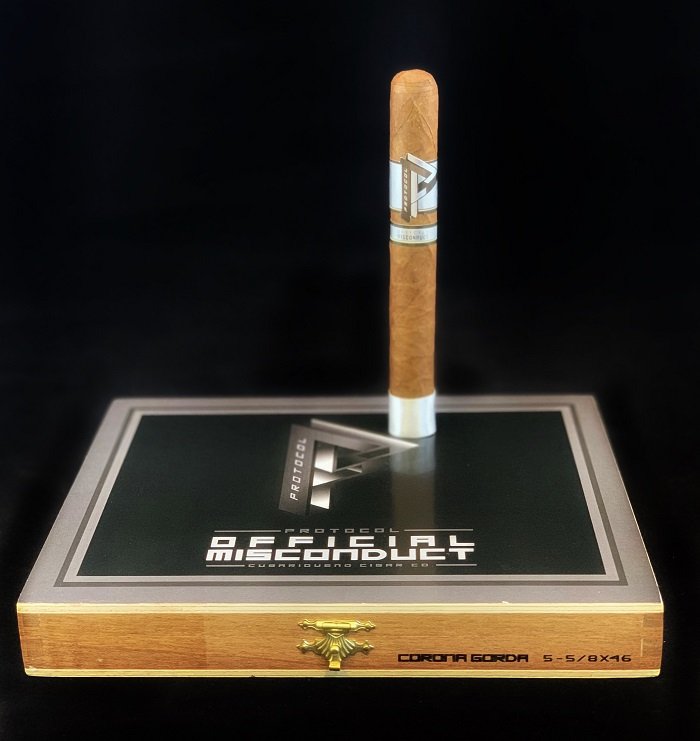 Pennsylvania (Friday June 14, 2019) — Cubariqueño Cigar Co. announces the release of the Protocol Official Misconduct Corona Gorda as a new size and regular production release for the 2019 IPCPR trade show in Las Vegas. The Official Misconduct will continue to be produced at Erik Espinosa’s La Zona Factory in Estelí, Nicaragua.

This second size in the line – Corona Gorda – will be available in a 5 5/8 X 46 format in boxes of 10. MSRP has been set at $99.40 per box. The blend incorporates an Ecuadorian habano wrapper covering a Nicaraguan binder as well as filler tobaccos hailing from both the Estelí and Jalapa growing regions of Nicaragua. Cubariqueño Cigar Co. offered a select amount of boxes at our 4 Year Anniversary Party on June 1st to our loyal supporters attending the event.