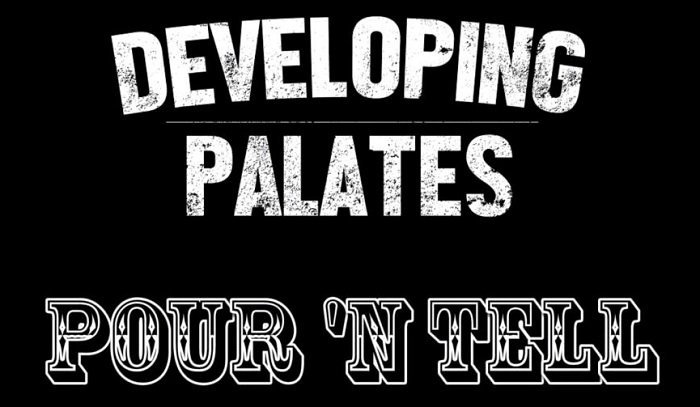 In Episode 11, Jiunn Liu and John McTavish continue with their coverage from Colorado and the Rocky Mountain Cigar Festival.

At the Laws Whiskey House booth they tried the Four Grain Straight Bourbon and the Secale Straight Rye.

At the Oscar Blues Brewery / Cigar City Brewing booth they tried the Maduro from CCB.

At Stranahan’s Colorado Whiskey they had pours of the Diamond Peak and Sherry Cask.

From Stoneyard Distillery some craft hot sauce and bourbon.

From Drew Estate Cigars: The Rebirth of Cigars, the Tabak Especial coffee.

From 808 Distillery, the Saint Arnold Palmer, some craft gin and a rum punch.

John ‘Cigar Surgeon’ McTavish and Jiunn ‘Yellow Snapper’ Liu came up with the idea of a short show focusing on beers and spirits that they could post a few times a month.

Pour ‘n Tell became a natural extension of our weekly libation reviews on Developing Palates. We wanted a show that we could talk what we were drinking that week, and have a platform entirely focused for discussion. The show doesn’t include cigar talk as we felt the industry has enough great shows and content covering the industry already.

Each week we’ll sit down and talk about our recent beer and spirit reviews, what we’re drinking, as well as news topics we think are interesting. From time to time we’ll have special guests on the show which will no doubt have us running over our standard 30 minute show time.