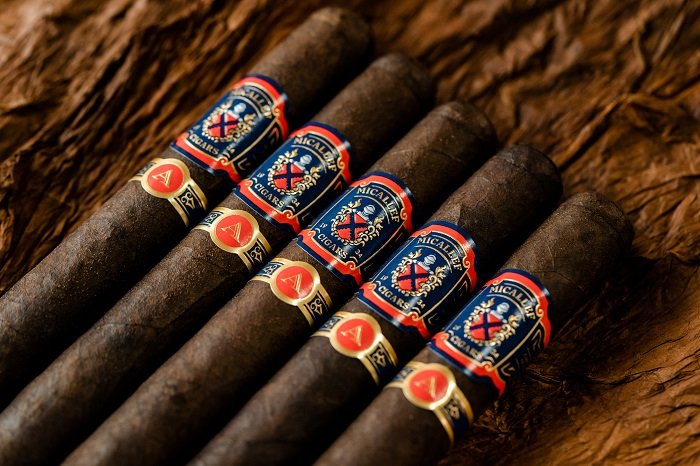 Micallef Cigars releases the new Micallef A in partnership with its Ambassadors. The “Micallef A” is the name chosen by the Ambassador Community. The Ambassadors smoked the cigar in a limited release celebrating the one-year anniversary of the Micallef Ambassador community. The cigar sold out in an unprecedented 36 hours and was referred to as the “TBN” or “To be Named”.

The Micallef A is a 6.75 x 54 Churchill with a Nicaraguan Maduro Wrapper, Ecuadorian Sumatra Binder, and Nicaraguan and Dominican Fillers.

The cigar is a brick and mortar exclusive. “Brick and Mortars are the backbone of this industry and I want to continue to be a great partner with them.” Said Al Micallef when asked about the upcoming release.

Micallef Cigars began taking reservations for the cigar after the initial sell out in February. Dan Thompson, president of Micallef Cigars commented “Demand for the Micallef A has been substantial and steady these past six months. Its been popular right from the start, our factory is excited to roll cigars honoring the Ambassadors. Everything in the shipment which arrived from Nicaragua is already pre-reserved for our Brick & Mortar partners. We’re humbled by its success.”

The cigar will retail at $7.50 and began shipping immediately to retailers who made reservations for the new release.

On Monday, Micallef announced the first 15 retailers to receive the Micallef A in a video to their private Ambassador group.