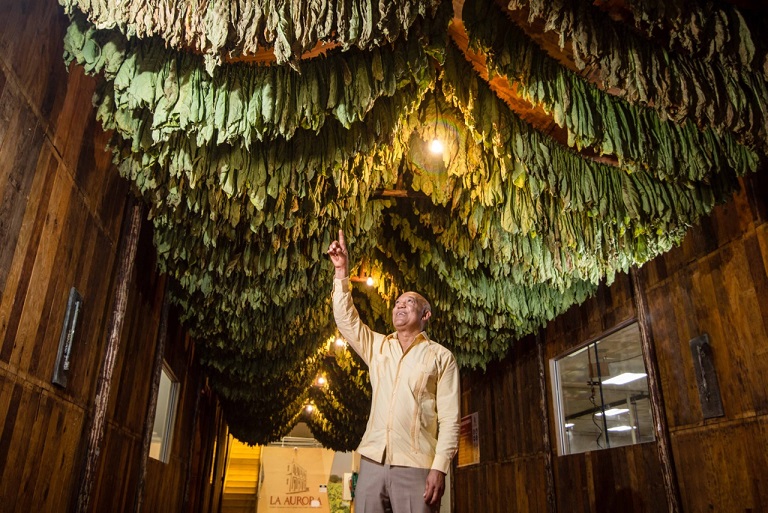 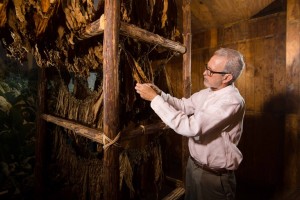 Santiago de los Caballeros 6 March – This past January, La Aurora Factory, faithful to its strategic planning, focused on the pillars of training and development in the culture of the Dominican cigar, announced one of its launches that is undoubtedly the most important of 2016: La Aurora Cigar World. As part of the company’s strategic plan, this concept emerged from La Aurora Cigar Institute, the world’s first institution dedicated to training and teaching everything about the cigar in an educational setting with instruction from recognized industry professionals who share their knowledge of the culture of Dominican tobacco. 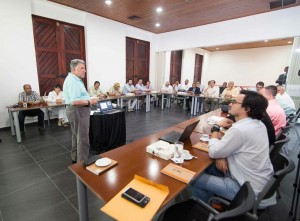 The first course, lasting three days, began on February 29th with the visit of the Executive Director of the Tobacco Institute, Juan Francisco Caraballo, to sign with the President of La Aurora, Guillermo Leon, the document certifying the first agreement between a government agency and a private company.

After the signing, the first day of class began with Benjamín Menéndez – an emblematic figure in the tobacco industry in which he has worked for 62 years –speaking on the history of Tobacco through the centuries. Next, Juan Ventura, industrial engineer and director of operations at La Aurora, specializing in issues related to Tobacco’s development, described the economic and social importance of tobacco in the Dominican Republic. 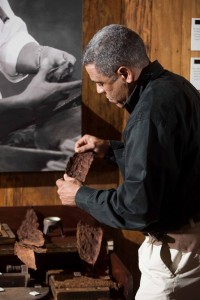 The third hour of class began with the former President of General Cigar, Daniel Núñez, who, together with industrial engineer and consultant in Tobacco cultivation and processes Leoncio Cruz, discussed the cultural practices of seed beds, harvest and curing. After lunch, they both spoke for the rest of the day about the processes of fermentation and aging of raw tobacco –pre-processing– concluding with a visit by the whole group to a plantation to see in detail the destemming of the filler.

The second day began with a visit to La Aurora. After the instructional portion came the first hour of theory by collaborating professor José Seijas, an industrial engineer who has managed several tobacco companies throughout his career, notably having served as the president of the largest tobacco company in the world, employing 5,000 people. Seijas went into depth about the functionality and quality of cigars, a very interesting topic for the day’s audience.

After lunch and a short break to taste some cigars in the cigar lounge adjacent to the Cigar Institute classrooms, the afternoon session began with a class on cigar selection and the processes of pressing and rolling.

The third day was for many students a demonstration of the content they had learned, put into practice in a class by Master Blender Manuel Inoa. From the rolling of cigars to their banding and packing, the master blender covered all of this, capped off by observations from Guillermo León (President of La Aurora) regarding cigar selection, cutting and lighting. The course ended with an assessment test and delivery of official diplomas to all students.

Gustavo Velayos, Sales and Marketing Director says“ We are very pleased with the development and launch of this first course. The attendants have been able to learn, under the direction of emblematic figures that have worked in various multinational companies of the tobacco industry, the main characteristics of a product like this, which has an essential cultural component reflecting in our case a century of tradition in our native Dominican land.”

La Aurora is the oldest cigar factory in the Dominican Republic. Masters artisans elaborate manually the best handmade cigars, since 1903, almost 113 years ago today. Located in Santiago de los Caballeros, world capital of Premium cigars, in the center of the best tobacco-growing area in the world, El Valle de Cibao, La Aurora Cigars is a family-owned company chaired by Guillermo León. He represents the fifth family generation at the forefront of the company and a symbol for all Dominicans. La Aurora is the leading company of the Dominican tobacco market and is present in more than 60 countries – among them, the United States, Spain, Russia, France and Germany.