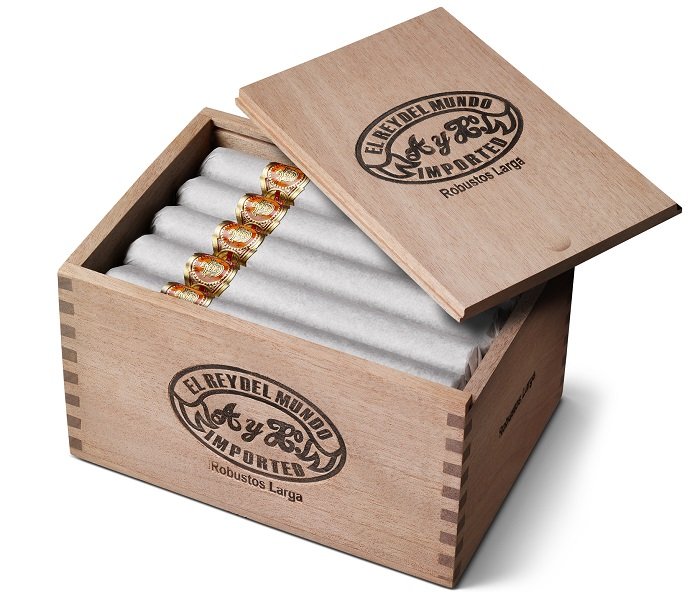 Richmond, VA (January 22, 2021) – The Forged Cigar Company, an independent national cigar distribution network that launched on January 13, 2021, announced today that the company will begin selling the legendary Honduran brand El Rey del Mundo to brick and mortar locations across the U.S. starting in February, 2021.
El Rey Del Mundo was previously available exclusively through JR Cigars and Santa Clara Wholesale and rose to become a top-selling, top-rated brand for more than 20 years. The brand has been handcrafted at Scandinavian Tobacco Group’s HATSA factory in Honduras since. Under The Forged Cigar Company, El Rey Del Mundo will debut at retail as a full-time line featuring six front marks.

“El Rey Del Mundo is exactly the type of brand that will flourish under The Forged Cigar Company. By introducing this established brand to brick and mortar retailers nationwide and supporting it with customized programming to drive interest among cigar lovers, my team and I will take a brand with great potential to the next level. We look forward to generating a lot noise at retail for El Rey Del Mundo, our first brand to debut under Forged,” said Sean Hardiman, national sales manager of The Forged Cigar Company.

Handcrafted at the HATSA factory in Danli, Honduras, El Rey Del Mundo is a medium-bodied, Cuban-style smoke with rich notes of cocoa, coffee bean and a kick of spice. The Honduran-forward blend is available in a natural version with an Ecuadoran Sumatra wrapper and a Connecticut Broadleaf-wrapped maduro, each featuring a Honduran-grown binder and filler.