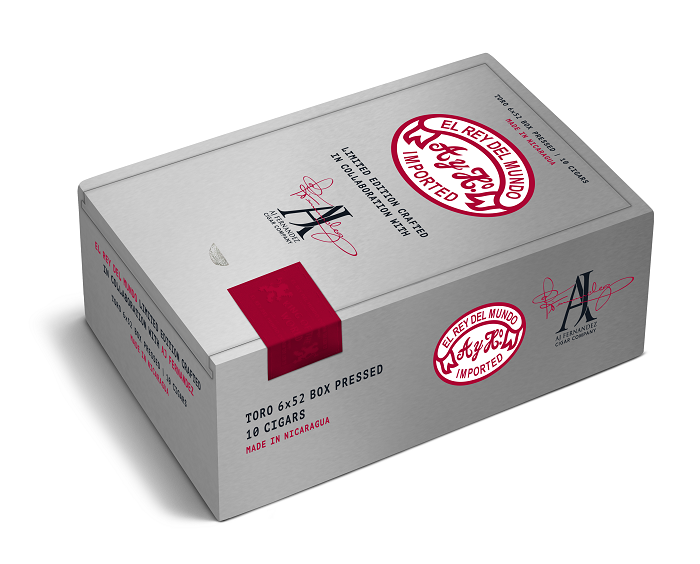 The new expression is available in one box-pressed vitola and features a blend from AJ Fernandez.

El Rey del Mundo by AJ began shipping to all channels of retail this month.

Steve Abbot, director of marketing for STG said, “’El Rey del Mundo by AJ’ takes the foundation we’ve established with El Rey del Mundo and El Rey del Mundo Naturals and brings it to another level. Powered by a Nicaraguan-forward blend, AJ’s take on ‘El Rey’ delivers a fuller-bodied smoking experience. We believe this blend will capture the attention of smokers who might not have tried the brand before.”

Handcrafted by artisans at Tabacelera AJ Fernandez in Esteli, Nicaragua, El Rey Del Mundo by AJ is made with a Nicaraguan Habano wrapper and filler, with a Connecticut Broadleaf binder. The cigar delivers both body and balance and imparts hints of dark chocolate, cedar and white pepper on the palate.

El Rey Del Mundo by AJ is presented in 10-count boxes and available until the limited supply of 3,800 boxes is depleted.