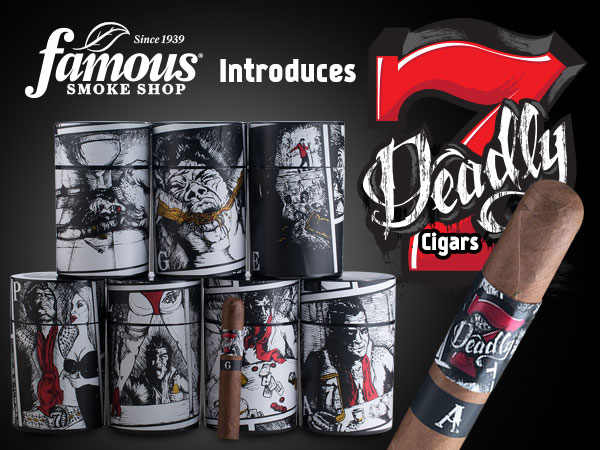 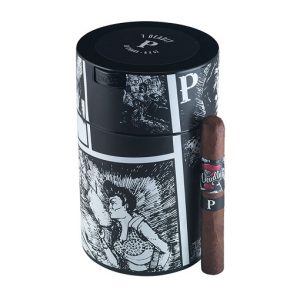 Offered in all seven sins – “Lust,” “Gluttony,” “Avarice,” “Sloth,” “Wrath,” “Envy,” and “Pride” – each vitola has been given its own unique blend. As a whole, the Sins comprise filler and binder leaves from Nicaragua, Honduras, Costa Rica, Brazil, Mexico, and Pennsylvania, while the wrappers, listed in more specific detail below, are from Nicaragua, Honduras, and Cameroon. 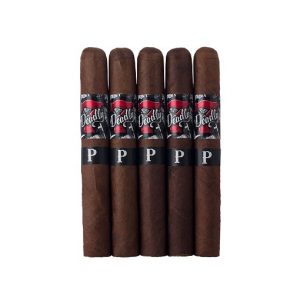 Seven Deadly Sins also comes with its own story. Presented on each cigar’s canister in graphic novel form, Seven Deadly Sins tells the story of Drake Scolari, “a good-natured, Midwestern farm boy” with a golden voice who arrives in Las Vegas seeking fame and fortune. His dream is soon realized as he goes from street corner crooner to the sin city’s most esteemed Elvis Presley impersonator. Empowered by his newfound fame, Drake’s success eventually takes a turn for the worse as he undergoes a gauntlet of trials and tribulations that lead to his tragic demise.

“Each Seven Deadly Sins cigar represents a piece of Drake’s rags-to-riches-to-rags story,” says Famous Smoke Shop’s senior marketing copywriter, Gary Korb, who co-wrote the narrative with fellow marketing copywriter, Jonathan Detore. “Though he shares some things in common with the real life Elvis, we took Drake’s story to a much darker and more sinister extreme.”

The cigars range from medium to medium-full in body, offering a rich-tasting, complex, and well-balanced smoke in a wide array of sizes. A seven cigar sampler was created to try one of each size available.  Additionally, each Sin is presented in refillable, vacuum-sealed humidor canisters of 10 to 20 cigars as follows:

“Nestor Plasencia did a fantastic job in blending these cigars,” said Mr. Vandenstockt. “Somehow, he found a way to define all seven deadly sins in the most wickedly satisfying way possible.”