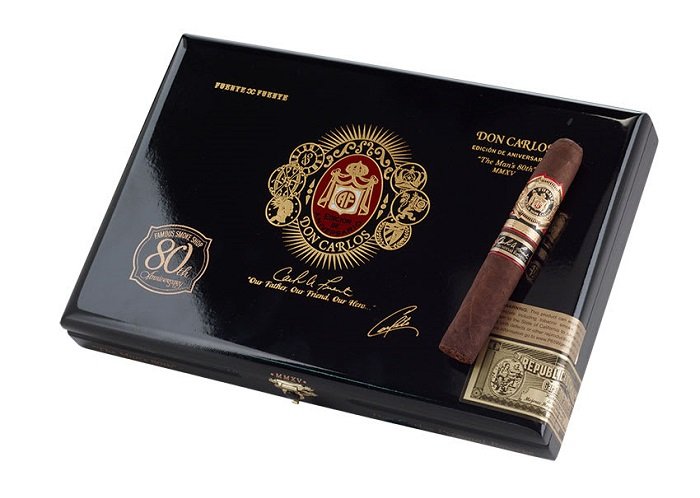 At the heart of this selection is a core of select Dominican tobaccos grown on Fuente’s estate farms, seamlessly rolled in a specially-aged, sweet-spicy African Cameroon wrapper. It’s a slightly modified version of Don Carlos Sr.’s blend made for his own private use, yet faithfully reflects “The Man’s” personal flavor profile.

“Don Carlos was my grandfather’s blend,” said Liana Fuente. “He loved it very much. Until the day he died, he always had two sticks in his pocket – one to give to a guest, and one for him to smoke.”

“We are pleased that we were able to collaborate with Carlito Fuente in making this special selection to honor our establishment,” said Famous Smoke Shop CEO, Arthur Zaretsky. “The Fuentes have been doing business with our family since 1970. We go back a long way and are honored that Carlito and his family would do something like this to honor our 80 years in business.”