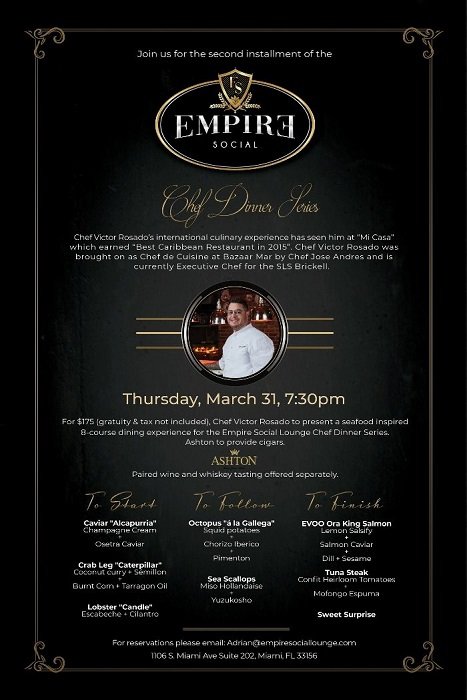 Hailing from Puerto Rico, Chef Victor Rosado is a bright spot in the Miami Culinary scene. Beginning his luxury career as a Chef at the Ritz Carlton Bahia Beach in Puerto Rico,, Chef Rosado grew his experience at Jean Georges restaurant “Fern.” He then took the opportunity to work with renowned Chef Jose Andres for many years in Puerto Rico. That eventually brought him to Miami as the Chef De Cuisine for Bazaar Mar, a restaurant under the Chef Jose Andres flag at SLS Brickell. That position eventually led him to become the Executive Chef for the SLS Hotel.

For $175 (gratuity and tax not included) Chef Victor Rosado to present a seafood inspired 8 course dining experience accompanied by a cigar from Ashton Cigars.