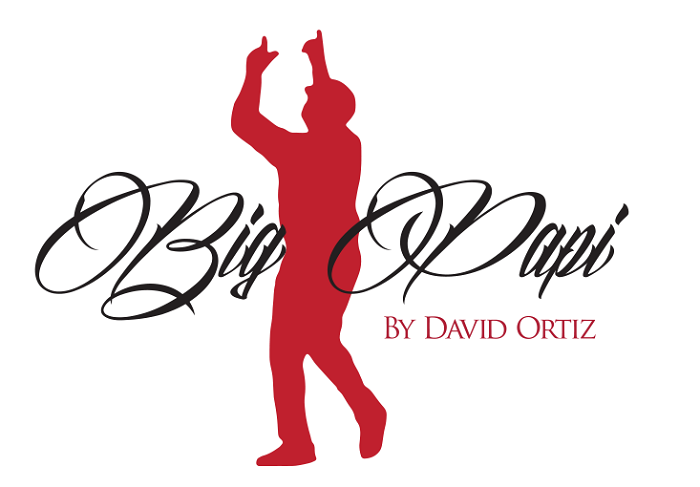 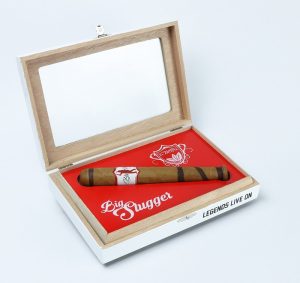 The first, titled “Big Slugger” is a baseball shaped figurado cigar in a keepsake box with a large display window. Featuring two different wrappers with the familiar Big Papi blend, the cigar can be smoked or displayed. Made in the Dominican Republic, Big Slugger retails for $45.00 and is available as of February 1, 2018.

The second is a Big Papi branded cigar humidor that holds up to 50 cigars. The piece is offered in two SKUs, empty (MSRP: $120) and with 20 cigars (MSRP: $330). The humidor is made in the Dominican Republic and is available as of February 1, 2018. 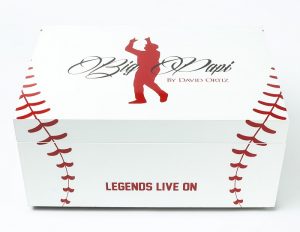 “We wanted to produce items that really stand out,” says Radhames Rodriguez, President of El Artista USA. “Anyone can make a hat or lighter in China. This is something special,” says Kevin Newman National Sales Director, “We launched both the Big Slugger and Humidor at Tobacco Plus Expo in Las Vegas and it was a huge hit with premium cigar retailers!”.

Tabacalera El Artista S.R.L. started operations in Tamboril, Dominican Republic in 1956. Today TEA is one of the nation’s largest producers of premium cigars. TEA produces millions of cigars each year and distributes throughout Europe, Canada, United States, and Asia. Additionally, TEA manages farms in the Caribbean and South America where it grows premium tobacco leaf which it utilizes in its proprietary blends as well as sells to top cigar manufacturers in Nicaragua, Honduras, and Dominican Republic.