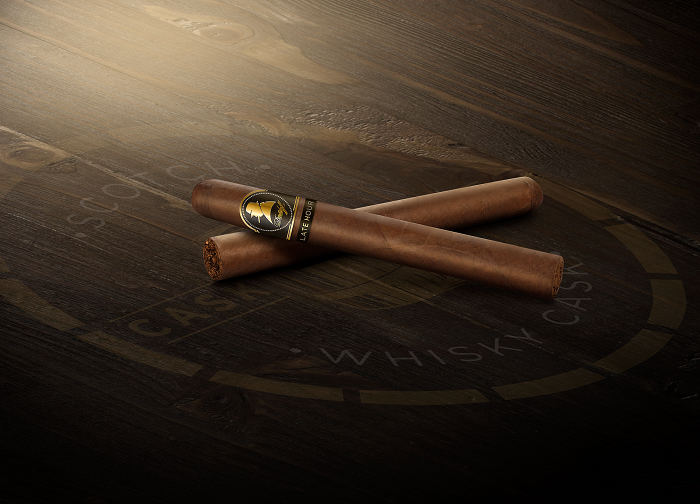 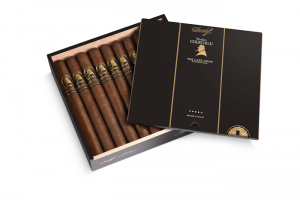 “Gourmets across the globe have opened their eyes and minds to what is possible when venturing beyond the usual French wine, Scotch whisky, basic roasted coffee or their home country’s cuisine. We at Davidoff are excited to open the cigar aficionado’s world with new tastes and a rewarding experience with “The Late Hour”: a complex and flavourful Scotch cask aged multi-origin cigar blend. The journey to new experiences and horizons will be worth it. We feel sure that Sir Winston would have enjoyed it and would have filled his late hours beautifully with this exceptional cigar and a glass of his favourite Scotch,” said Charles Awad, Senior Vice President – Chief Marketing Officer at Oettinger Davidoff AG.

Randolph Churchill, Sir Winston’s great-grandson, added: “The late hours into the early morning was the time when Churchill would gather all those resources together and commit himself to working, whether it was on his books with his research advisors or with his military people deciding the course of action. So, the late hours and the dark hours were when Churchill was his most productive in life. And he was never without a cigar.” 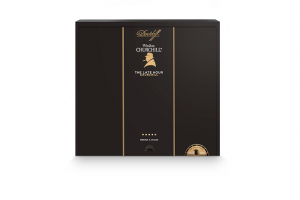 The Late Hour cigar is ideal to be enjoyed when the end of the evening is just the start of something more; when thoughts and discussions weave interesting paths into the night. This cigar has its own unique story. It is a multi-origin blend with Nicaraguan tobacco aged in the finest Scotch single malt whisky casks, suffusing it with a unique complexity, depth and the headiest of flavours which combine to create a distinctive atmosphere, stimulating the palate and the conversation at the same time.

To reflect the darkness during which Sir Winston was at his most creative, Davidoff has selected a shiny and oily “Habano” Ecuador wrapper in a beautiful dark chocolate colour.

The two Nicaraguan filler tobaccos are grown in the mineral rich volcanic soils of Condega and Estelí adding spiciness and depth of character to the cigar. In particular, the Nicaraguan Condega Visus tobacco, cask aged in original Scotch single malt whisky casks, brings a mysterious sweetness and fervency of flavour.

Together with the two different Dominican Visus filler tobaccos and the dark Mexican binder, the complexity of this full-bodied blend manifests itself in many beautiful, robust flavours and aromas, tantalizing the palate with varying layers of black pepper, dark coffee, sweetness, old leather, wood and spiciness. The character of Sir Winston in The Late Hour could not have been translated better into a cigar blend.

Tobacco matured in Scotch single malt whisky casks greatly improves its sweetness and deep flavour. The Late Hour blend contains Condega Visus tobacco. Those leaves are firmly pressed inside 10 casks, made of American white oak, which formerly held single malt Scotch single malt whisky from the Speyside region. As the temperature in the closed casks rises, the tobacco enters a fermentation process. After three months, the tobacco is rotated and aged an additional three months. The tobacco absorbs the aromas of the cask and whisky for a total of six months. Then, the tobacco is ready to be integrated into the blend that makes up Winston Churchill – The Late Hour.

When it comes to pairing the Winston Churchill – The Late Hour cigars, the chosen beverage should match with the leathery, woody and complex taste of the cigars.

Ideally it would be a heavy and spicy rum that is not overly sweet or a whisky that is neither too peaty nor too smoky, but rich and complex in aromas and taste.

Since one of the Nicaraguan Visus tobacco has been cask aged in finest Scotch single malt whisky casks from the Speyside region, the beverage needs to be rich and complex in taste to harmonize with the elaborate character of the Winston Churchill – The Late Hour cigars.

Unlike the other Winston Churchill cigars, the Late Hour cigars carry a second band. The cigars are already available in the popular formats Churchill, Robusto and Toro, in 20-count wooden boxes, at selected Appointed Merchants in the US.

Outside the US, the product will be launched globally in 20-count wooden boxes and 4-count packs in the Robusto and Churchill formats starting in autumn 2017.

On the Swiss market, the formats Churchill, Robusto and Toro will be available in 20-count wooden boxes and 4-count packs as of August 2nd, 2017.