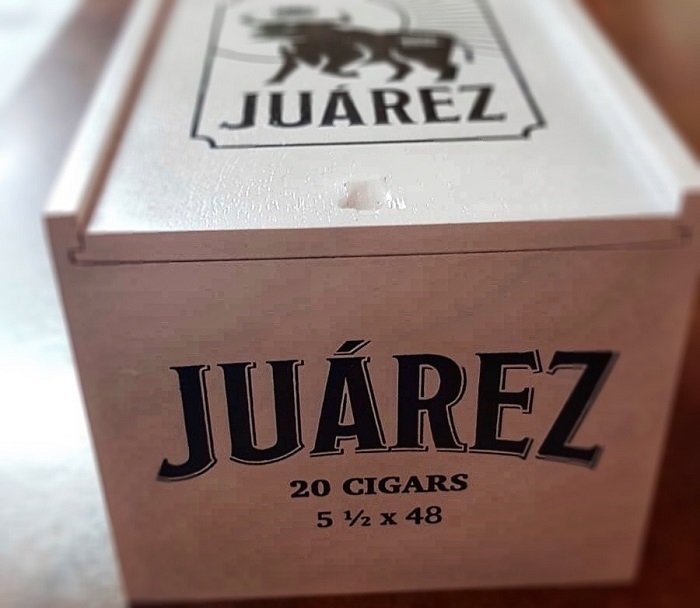 Crowned Heads has announced the first regular production brand extension to their popular Juarez cigar line. The 5 1/2″ x 48 parejo will be called ‘Chihuahua,’ not as a reference to the small dog breed, but rather, to the fact that Juarez is one of the 67 municipalities of the state of Chihuahua, in northern Mexico.

Juarez Chihuahua follows up the limited edition ‘Shots XX,’ a 4″ x 50 petite robusto released in February of which only 25,000 total cigars were produced. “I’ve loved the Juarez blend since day one, but I’ve felt that there was a void in the sub-52 ring gauge lane,” commented Crowned Heads co-owner/founder, Jon Huber. “The range before Chihuahua was 52-56 (ring gauge), but now there will be a vitola for the smaller ring gauge smokers, such as myself. I’ve been a fan of the Super Corona vitola since the Cubans released it as an Edici6n Limitada under the Bolivar marca in 2014, and it becomes a true flavor bomb in the Juarez blend.”

Juarez cigars are produced at Tabacalera Pichardo in Esteli, Nicaragua, under the supervision of Master Blender Don Eradio Pichardo. Juarez Chihuahua will have a suggested retail price of $6.45 per cigar, and will begin shipping in late July.