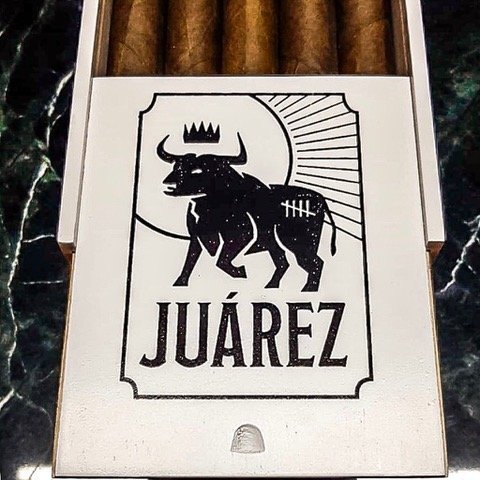 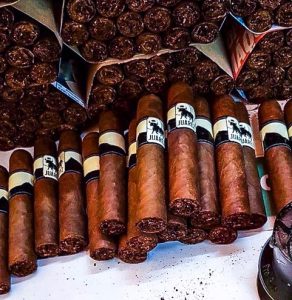 In 2014, Crowned Heads introduced “Jericho Hill,” a cigar brand inspired by the Johnny Cash track, ‘Cocaine Blues,’ from the 1968 album, ‘At Folsom Prison.’

Four years later, Crowned Heads announces “Juarez,” a cigar inspired by ‘Jericho Hill’ and made exclusively for Thompson Cigar Co. Like ‘Jericho,’ ‘Juarez’ features a dark Mexican (San Andres} wrapper, but the blend departs from there, as the binder is Ecuadorian (Sumatra) and the filler tobaccos are a mix of tobaccos from Nicaragua and the Dominican Republic. Juarez will launch in 20-count cabinet boxes in three vitolas: 4 3/4 x 52, 6 x 54, and 5 x 56 (all round parejos). The MSRP will range from $5.95-$7.95 per cigar.

“The challenge was put forth to us by Thompson Cigar Co., to create a value-conscious alternative to our Jericho Hill brand,” commented Crowned Heads co-owner/founder, Jon Huber. “We had been working behind the scenes with Tabacalera Pichardo in Esteli (Nicaragua) on some blends since 2016, mostly just for fun, but as time passed and more and more samples were delivered, we became very impressed with the quality and felt there was certainly potential in working with that house. When we smoked the final blend that would ultimately become ‘Juarez,’ we felt like we had something that was ready to launch.”

Established in 2005 (formerly as Dhatuey Tobaccos), Tabacalera Pichardo was founded by Don Eradio Pichardo in Esteli, Nicaragua. Born and raised in Cuba, Pichardo is a third-generation tobacco agriculturist who worked under the late Arsenio Ramos, a true industry icon. In 2014, Pichardo met entrepreneur and sommelier, Luciano Meirelles, who has become instrumental over the last four years in expanding the Tabacalera Pichardo operation. Today, Tabacalera Pichardo produces cigars for over 16 different brands, exporting to 12 different countries.