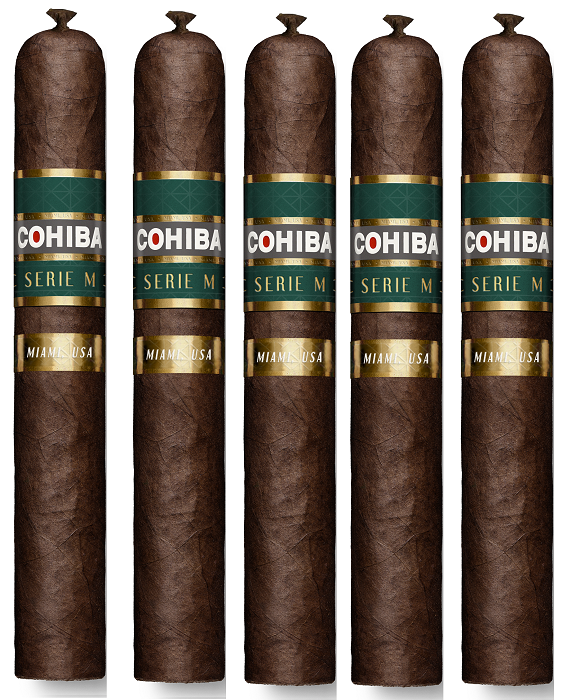 General Cigar announces that Cohiba Serie M, the first collection of Cohiba to be handcrafted by artisans in the U.S., will be released in a new, limited edition size for 2022.

Cohiba Serie M is the result of a collaboration between General Cigar’s Cohiba team and the family-owned El Titan de Bronze Cigar Factory.

Cohiba Serie M Corona Gorda (6.5” x 48) will be available for a suggested retail price of $29.99 per cigar, and will be presented in 10-count boxes that sell for $299.90 apiece. The new frontmark will begin shipping to retailers on April 4, and just 5,000 boxes will be released.

Cohiba Brand Ambassador Sean Williams said, “Since its debut a year ago, Cohiba Serie M has been a resounding success. We’ve received high praise from cigar media, shop owners and cigar lovers who have called Serie M one of the most exciting Cohiba blends they have ever smoked. Together with Sandy Cobas (owner of El Titán de Bronze) and her team, we’re proud to release the blend in a new size, giving cigar connoisseurs another opportunity to experience the artistry of Serie M.”

Crafted according to old-world techniques and featuring a double binder, closed foot and triple cap with a signature fan, Cohiba Serie M is a medium-to-full-bodied cigar brimming with depth and character. Made with exquisite, aged tobaccos, the cigar is enveloped in a lustrous Nicaraguan Corojo wrapper, a first for Cohiba. The binder is Nicaraguan and the blend features hand-selected Nicaraguan Jalapa and Esteli and Dominican Piloto Cubano tobaccos.