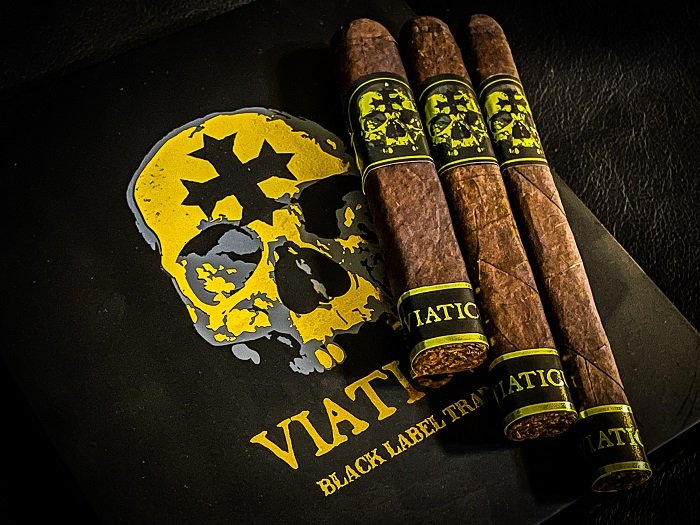 VIATICUM is a small batch release that was originally released in one vitola in 2019 to retailers who attended the PCA tradeshow. This is the second and full release made available to all BLTC retailers.

“Viaticum is an evolution of the Last Rites blend and a testament to what Black Label Trading Co is all about. It uses most of the same tobaccos but in different proportions and primings. It’s the perfect balance between strength and complexity. This cigar is bold but also very refined. It’s all about balance. The dark fruit and earth flavors are wrapped in soft floral notes and elevated with a multitude of spice on the finish,” says James Brown, creator of BLTC and partner at Fabrica Oveja Negra.