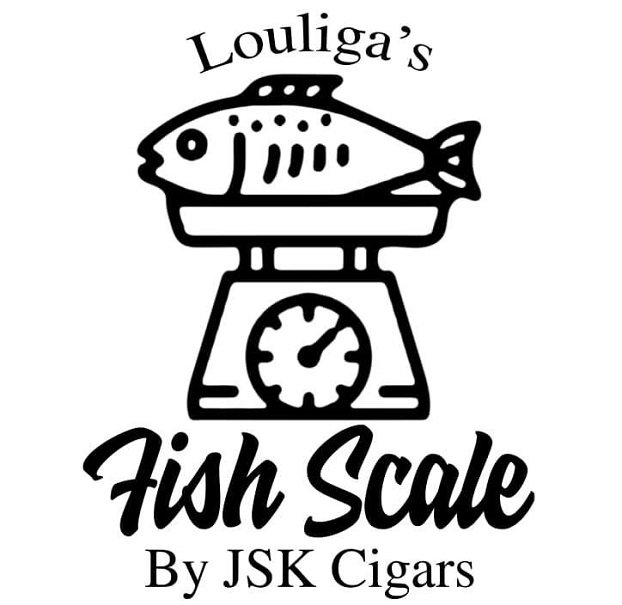 The brand new lounge in Fishtown, Philadelphia, PA opened its doors on June 19. And now there is a Lou Liga exclusive Jas Sum Kral, the Jas Sum Kral Fish Scale. The Fish Scale is the first in a series of different blends and vitolas that Jas Sum Kral and Lou Liga Cigar Lounge are planning to release in the next few years.

“I love working with Luis,” said Jas Sum Kral founder and owner Riste Ristevski. “He has supported Jas Sum Kral from the start. We are both hustlers. When Luis was working for another cigar lounge, he was a big supporter and we did a few exclusive Jas Sum Kral releases for them. Now that Luis has his own place, I want to support him as he supported me.”

Each year in March, Jas Sum Kral hosts Ristefari. That’s a 2-day cigar event. This year, Luis Rodriguez surprised Ristevski by driving up to Indiana to partake in the fun. It was there where the idea of a series of blends and sizes, exclusively for the Lou Liga Cigar Lounge was born. Right after Ristefari, the first exclusive blend was created and the cigars were rolled.

Rodriguez, Ristevski, and Roniel Aragon refuse to release the blend. The wrapper is Mexican San Andres. There are 100 bricks of 10 cigars with an MSRP of $99 before tax. The cigars are 6×52 Box-pressed Toros made at Tabacalera Aragon, in Esteli, Nicaragua.

“Riste is straight-up honest and loyal, that’s why I want to work with him. I have his back, and he has mine. He is a great blender and makes some of the best boutique cigars on the market in my opinion. From the moment that I had the plans to open my own lounge, I knew I had to have a Lou Liga exclusive Jas Sum Kral,” Rodriguez explains. “At my previous workplace, I already worked with Riste for exclusive cigars. I know what he can do, I know that he’s honest and I knew he would be as loyal to me as I am to him.”