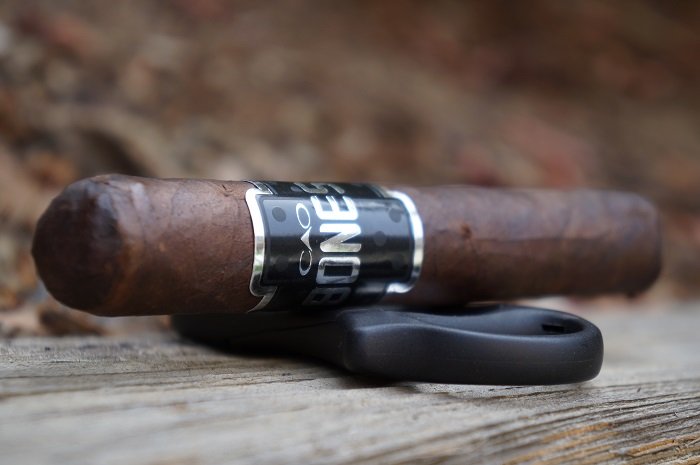 Aaron: The wrapper on the CAO Bones Chicken Foot is marbled dark brown with a network of lightly raised veins. The seams are very smooth and hard to detect and the head is finished off with a roughly applied triple cap. The band is black and silver and denotes the brand and line name with dominoes as the backdrop. The aroma from the wrapper is a mix of earth and sweet hay while the foot brings wood and tobacco sweetness. The pre-light draw brings a mix of cedar and light mustiness.
John: The CAO Bones Chicken Foot is cellophaned and does not have a UPC sticker. The wrapper is dark, approaching Oscuro in appearance. For aromas, I smelled sweetness, spicy wood and a mild syrupy sweetness underneath. From the foot, all I could detect was aged tobacco. 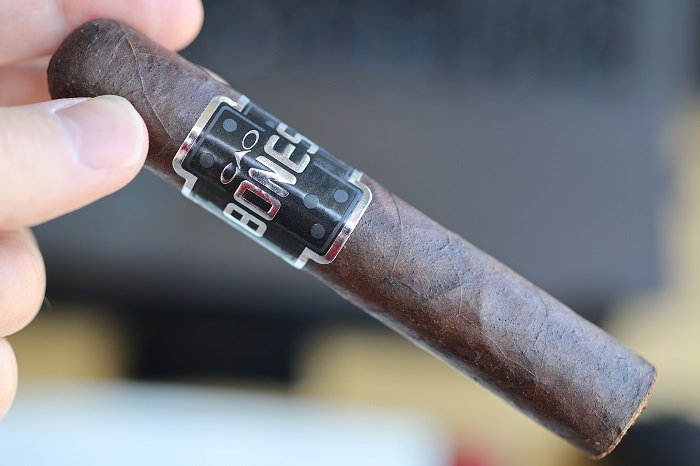 Aaron: The cigar begins with musty cedar and light baking spice. At a half inch in, the cedar transitions to a general wood note. The retrohale is just musty wood. At an inch in, a light chalkiness joins the profile. As the third comes to a close, the baking spice has transitioned to black pepper and is even with the chalkiness in the background while the musty wood is up front. The strength in this third was medium.
John: My first few puffs brought flavors of mild wood and baking spices. Medium strength baking spices come through on the retrohale, with a tannic wood finish. There is a delayed post draw pepper. As the first third continues to develop, a lingering medium strength leather is present on the post draw. Light plus chocolate joins the retrohale. By the bottom half, a syrupy sweetness mixes with the baking spices. 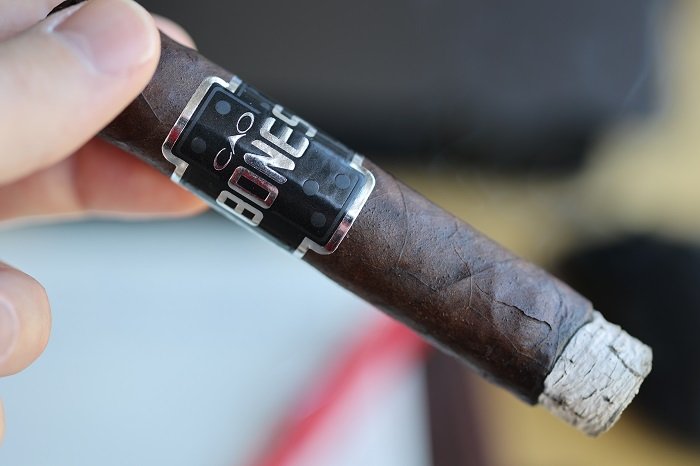 Aaron: As the second third begins, the musty wood, chalkiness and black pepper are kind of all muddled together. At a half inch in, some earth joins the profile. At an inch in, the wood gains a light char. The retrohale is musty wood and earth. At an inch and a quarter, the char increases and the charred wood has a lead over the mustiness and earth as the black pepper is quite faint and the chalkiness has departed. The strength in this third bumped up to slightly above medium.
John: The second third begins with sweetness, light leather and a dry cedar finish into the post draw. Chocolate, earth and espresso make up the retrohale. By the halfway point, the profile becomes largely wood forward. In the bottom half, a light plus earth is driving the post draw. 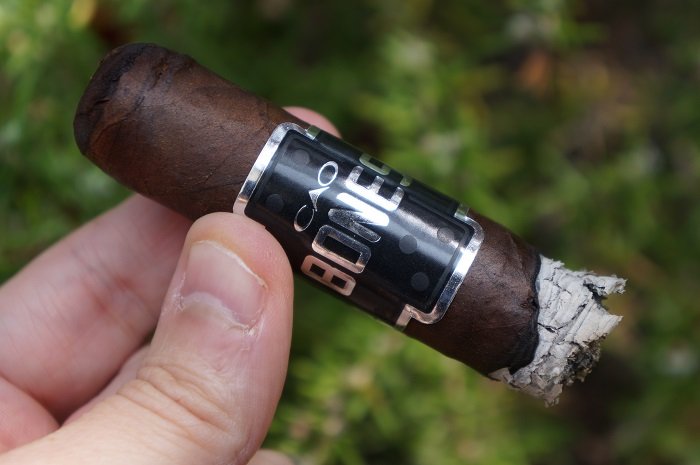 Aaron: As the final third begins, the charred wood and earth have opened a bigger lead and the profile has gained a slight bitterness. The retrohale remains musty wood and earth. At an inch in, the mustiness increases to become even with the charred wood and earth while the black pepper is no longer present. The strength in this third remained at slightly above medium.
John: Sweet earth and wood start the last third and carry into the post draw along with some mild dryness. The earth pushes up to medium strength as it progresses, settling on the palate. There are no other flavor changes for the remainder of the review. 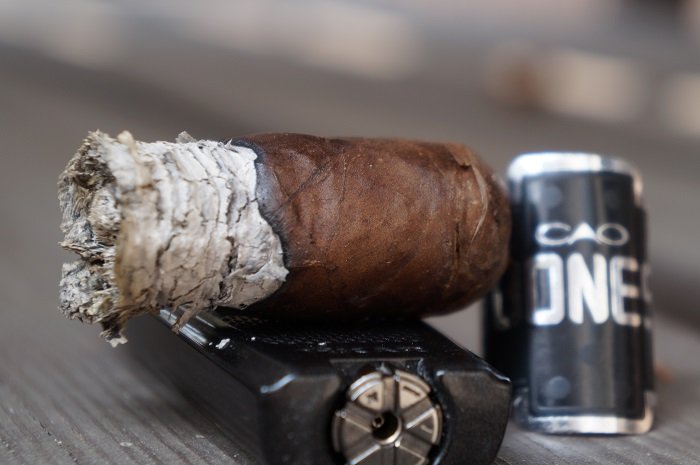 Aaron: The burn line was straight the entire way. The ash held on in inch and a half increments.
John: There is some mild unevenness to the burn, but it self corrects. The ash held on up to two inches at times. 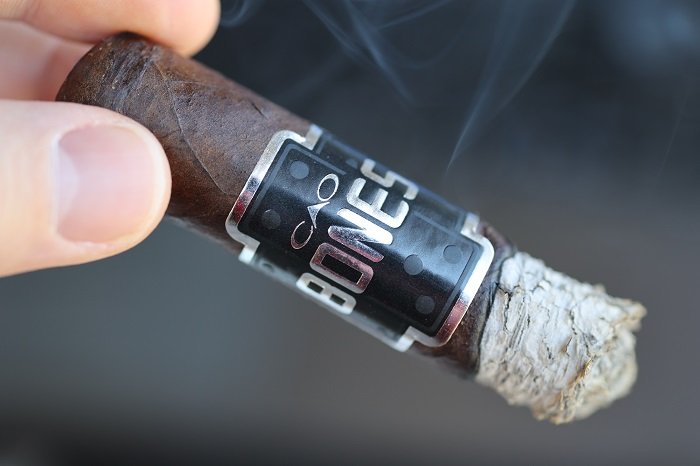 Aaron: The draw was slightly tighter than I prefer, but didn’t cause any issues with the smoking experience.
John: The draw was perfect, right in the ideal zone between open and resistant.

Aaron: The cigar had an average start with a bit of a homogenized flavor profile that I tend to get from a fair number of General releases. The flavor experienced remained average until the final third when the char ramped up and some bitterness joined in at the start of the final third. Not a very good Connecticut Broadleaf offering, but at the price point, it’s easy to recommend trying one to see what you think. I don’t really see myself returning to the CAO Bones Chicken Foot.
John: The CAO Bones Chicken Foot offered up the most interesting combination of flavors in the first third for me. The second and last thirds were consistent, but the flavors and balance didn’t do enough to rise much above an average level. The burn and draw were both flawless. This cigar is a pass for me, I’d rather reach for the dynamic flavors of the Pilon or any of the Flathead series. Total smoking time was 1 hour and 31 minutes.