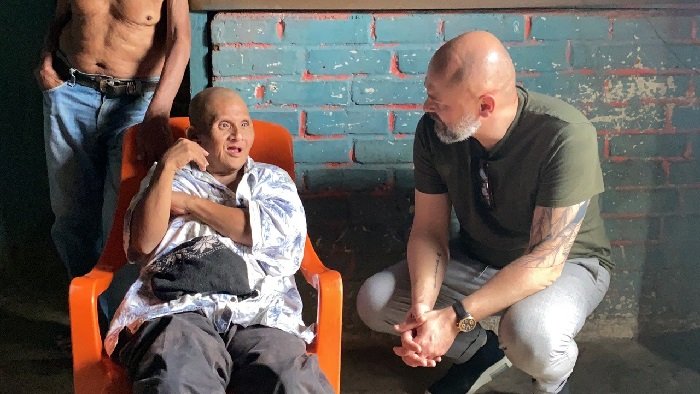 Within the cigar industry, Jalapa, Nicaragua, is well-known for its rich soil and sophisticated tobacco. Jalapa tobacco has become a favorite for premium cigar makers, famously used as binders, fillers, and even wrappers by cigar manufacturers and brands, big and small. Jalapa is an extraordinary place for the cigar industry, amongst the beautiful mountains and valleys, agricultural tobacco production is flourishing. Yet, while the region’s economy evolved, growing from a subsistence livelihood to commercial-scale agriculture, its people, nevertheless, live in heartbreaking poverty.

As Ace Prime and Tabacalera Pichardo progressed and demand expanded, the company began to expanding its farming. In Jalapa, Mr. Meirelles’ farming partner Yalila Fuentes introduced him to local families in desperate need because of disease, poverty, and oppression.

Luciano recounts meeting several individuals. “I met a young boy last week named Elias Daniel, a special needs teenager who is so malnourished, he weighs only 30 pounds. It was a matter of days maybe hours for Elias to die”

Elias has being raised by his 78-year-old grandfather, who still works to support him. Until we found them he had to leave his grandson at home alone, tied to a chair, not to hurt himself or eat chicken feces from the ground. Elias’s family often lacked enough food for even one meal a day.

Today, Elias Daniel has a nurse to take care of him. He has food, clothes, shoes, and medicine.

“When I first came to Jalapa and met so many people living in these conditions. I realized that hell isn’t a place some people think you’ll go to when you die if you do bad things. Hell is here, this place filled with hunger, disease, abandonment, where people become so dehumanized and forgotten,” said Mr. Meirelles.

It was the brutal reality of Jalapa that inspired Luciano to launch the ACE Prime Foundation. Indignant but hopeful, Luciano concluded that inaction would be unacceptable, and with the help of the co-owner of his farms, he began helping as many families as he could.

Luciano and Yalila began by providing basic food staples, clothes, and medication to local families. They continued to work with local families to rebuild homes destroyed by tropical storms and provide support to parents of children with special needs. They have now been informally helping 37 families.

“This is my calling. It’s inescapable. What’s happening here is truly a matter of life and death,” said Luciano Meirelles. “Many other companies are waking up and we are receiving a tremendous support. We will build an alliance with all manufactures and I’m sure things will improve very soon”.

In response to the poverty and inhumane conditions in Jalapa, Mr. Meirelles established The Ace Prime Foundation to address the broader systemic issues and mobilizes support for vulnerable families. The Ace Prime Foundation’s goal is to develop and enforce sustainable practices that can significantly improve the lives of people working in the cigar industry.

“The glaring fact is that we can be better as manufacturers and consumers, and we MUST be better. We have to be more responsible, aware, and actively think ways to improve the lives of the most vulnerable in our industry. How can we sit idly by enjoying fantastic cigars while the people who make them barely have enough to eat or care for their children?” said Luciano Meirelles.

The ACE Prime Foundation has coordinated with the Exodus Road (NGO that works hand to hand with the US State Department fighting human trafficking) to help raise funds to support the impoverished tobacco field workers and families. They have set a goal of $50,000 to feed the most vulnerable and build a day care center for children with special needs so they can be fed and cared for, while parents are at work. ACE Prime will be matching the donations up to 25K or when the initial goal is reached. Other long term actions are going to be implemented throughout the year.

You can save lives by going to https://donate.onecause.com/relief