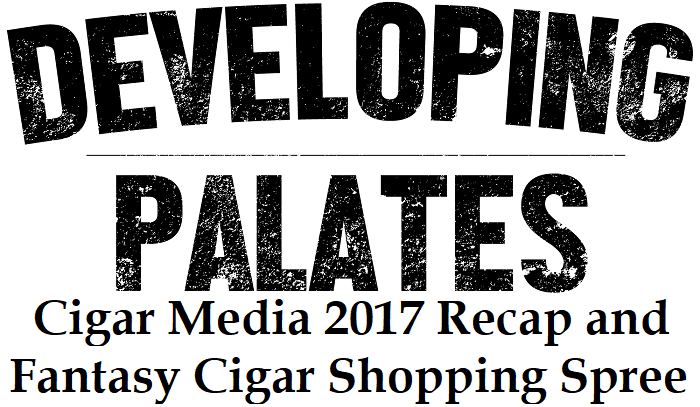 Watch the show live on Tuesday, January 16th at 6PM Pacific/9PM Eastern or watch it recorded immediately after the show ends.

We wanted to do an exercise where we took a set budget for a year and do a shopping spree of the cigars that were released in 2017. To come up with the budget number, we created a poll and posted it on our site and various cigar forums that we are members of. We then took an average of all of the responses. The result was a budget of $2,083 and an average number of cigars smoked/purchased of 238.

Let us know your thoughts on our 2017 discussion and the participants shopping lists. We’ll work with all of the guys to answer any questions you may have.