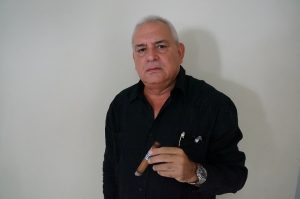 Manuel Garcia gained global recognition as the Commercial Vice President of Habanos S.A. As the head of sales and marketing for 15 years at Habanos S.A., Morejon visited over 100 countries, creating invaluable relationships. Morejon has gained critical acclaim for helping shape the image of Cuban cigars worldwide. Manuel a longtime friend and colleague of Heinrich Villiger is expected to make an immediate impact at Villiger Cigars. 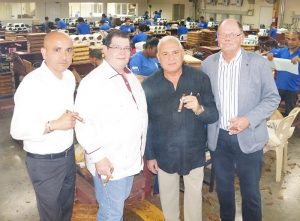 Heinrich Villiger stated: “I feel this to be an overdue reunion, as Manuel worked alongside me from 1991-1995 as the General Manager of 5th Avenue Products Trading (Exclusive Habanos- Distributor for Germany). We look forward to Manuel contributing immediately, as we continue to forge ahead with delivering the best possible products to our consumers.”

Manuel Garcia said:” For me personally, it is incredible to join such a prestigious company as Villiger. It is also a pleasure to return to work actively in the fascinating world of the handmade cigars. Mr. Heinrich Villiger and I have known each other since 1990, when I started working with him at the 5th Avenue Products Trading. We worked there for 5 years together and after that, I was appointed as Commercial Vice President of Habanos. We continued to maintain very close relationship, and because of that, I had the great opportunity to learn a lot about cigars and the business in general. Mr. Villiger is an exceptional man, very experienced, and extremely humane. I have great admiration for him.”

Manuel Garcia will begin working in his role immediately, and be headquartered in Santo Domingo, Dominican Republic at the ABAM Cigar Factory. The ABAM factory is where all Dominican Villiger products are produced, including the newly released Villiger- La Flor De Ynclan which was recently reviewed here.

Villiger Söhne AG was established in 1888 by Jean Villiger in the small town of Pfeffikon, Switzerland, where Villiger remains headquartered to this day. The company manufactures and sells more than 1.5 billion cigars annually, world-wide. Today, under the leadership of Heinrich Villiger, the company prides itself in its commitment to quality, in all their products made in many countries around the globe.