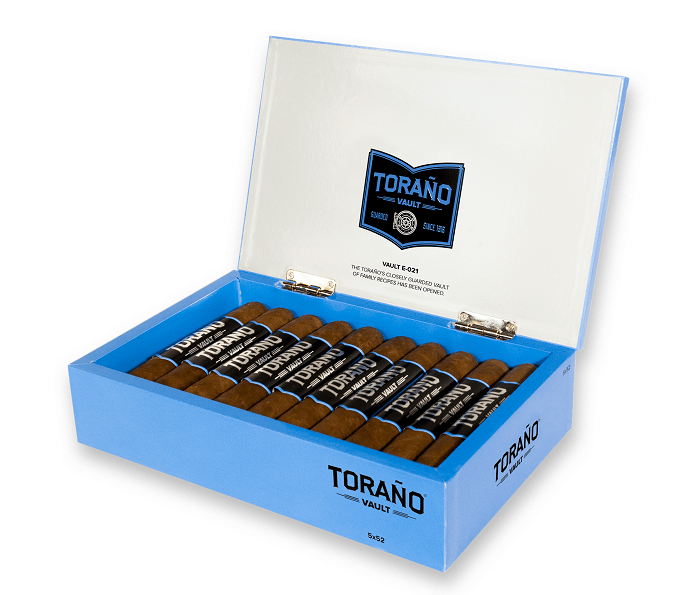 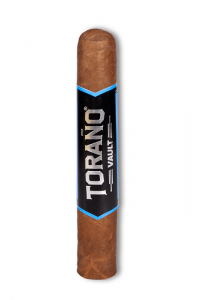 Toraño is launching two lines developed from recipes in the family blend archives and named according to a special system of codes contained within the Toraño blend book. Called E-021 and W-009, the new collections are additions to the growing Vault portfolio.

Brand Ambassador Jack Toraño said, “Our blending team in Nicaragua re-envisioned a couple of dynamic blends from my family’s original recipes.  Both new lines round out the sizes available in the Vault line while continuing the tradition of exceptional blends in stand-out packaging and affordable prices. I look forward to sharing the new Vault lines with Toraño fans at cigar shops and special events across the country.”

E-021 comes in a deep blue box and is available in two sizes.  The blend features a rich and luxurious Ecuadoran Sumatra wrapper balanced by a hearty Connecticut Broadleaf binder.  The blend is made with tobacco from the major growing regions.  This includes a Honduran leaf from the Jamastran Valley and Nicaraguan Esteli tobacco, in addition to Dominican Piloto Cubano. E-021 strikes the desired balance of medium body with full-flavor, and delivers rich notes of earth and leather.

E-021 is shipping now to retailers in these two sizes: 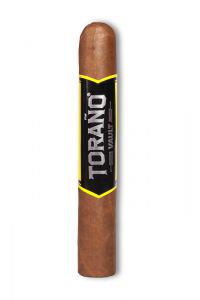 W-009 is the companion release to E-021. W-009 is a distinct blend that stands apart, not only with its bright yellow box, but also with its unique range of flavors.  The wrapper is sungrown in the Jalapa Valley of Nicaragua and sits atop a Honduran Jamastran binder. Honduran Jamastran reappears in the filler, along with Honduran La Entrada from the 2010 crop. Combined, the tobaccos deliver rich, peppery spice with a touch of sweetness.

W-009 is also shipping now to retailers and is available in two sizes: 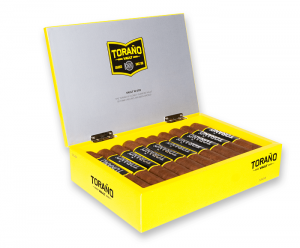 General Cigar acquired the Toraño Family Cigar Company brands in 2014. The Toraño portfolio of brands is best known for having complex blends featuring tobacco from many different countries of origin and taste profiles. In 2016, General Cigar re-launched the brand’s Vault and Exodus lines. General Cigar recently hired Jack Torano as a brand ambassador to continue the family’s legacy of cigar making.

General Cigar Co. is a leading manufacturer and marketer of handcrafted cigars for the premium market. The company is owned by Scandinavian Tobacco Group. Committed to delivering cigars of the finest quality, General Cigar’s skilled artisans produce Macanudo®, Cohiba®,  La Gloria Cubana®, Partagas®, CAO®, Punch®, Hoyo de Monterrey®, Excalibur® and several other leading premium brands in the company’s Dominican, Honduran and Nicaraguan factories. In addition, the company cultivates proprietary tobacco which is used exclusively in its blends and has a dedicated R&D practice that develops new varieties of tobacco and revitalizes vintage seeds. General Cigar also operates Club Macanudo®, a cigar bar in New York City. In 2010, General Cigar entered into a joint venture agreement with Plasencia Group to expand its leaf growing and processing expertise and increase its access to tobacco.  Based in Richmond, VA, General Cigar sells through tobacconists in the U.S. and exports select products to 62 countries. For more information, visit www.cigarworld.com.