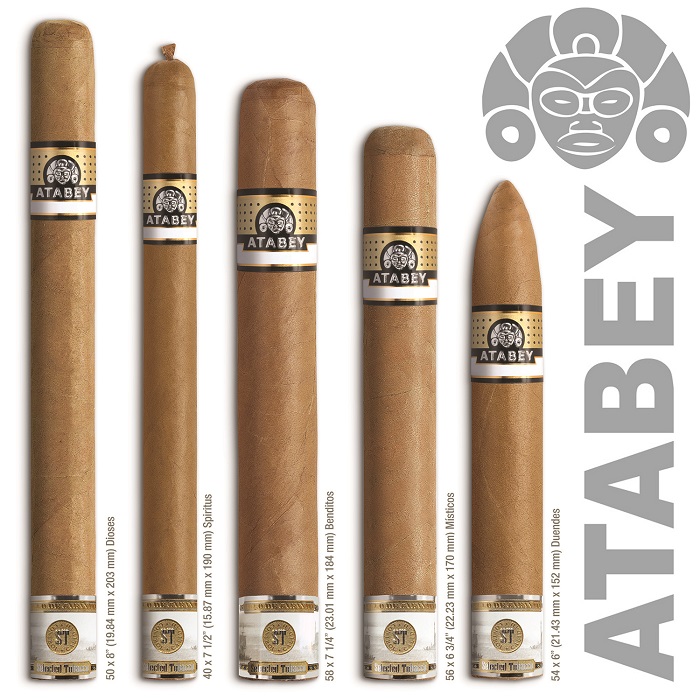 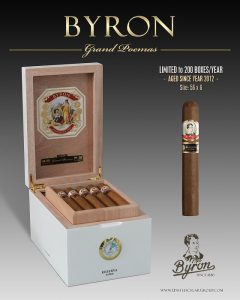 Costa Rica, July 3, 2017– United Cigar Group made an announcement that they are extending two of their most popular ultra-premium cigar blends. Receiving these extensions are the Atabey and Byron brands, both made in Costa Rica and featuring upscale blends of high-end tobacco designed to appeal to smokers who enjoy and appreciate the finest tobaccos. The brands represent the most exclusive offerings in the extensive United Cigar Group portfolio and this announcement is expected to cause significant excitement among fans of both brands.

“This is a complicated time in the cigar industry to introduce a line extension but we are overly excited to showcase these Atabey vitolas that will be ready for the shelves soon,” said Oliver Nivaud, Director of Sales at United Cigars. “Retailers and cigar enthusiasts have been overly receptive and we are completely humbled by their support.” 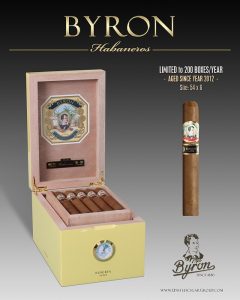 The extensions to the Byron brand are based around new packaging that places these exclusive cigars in packaging that lives up to their reputation. Nelson Alfonso of Selected Tobacco has artfully packed the Byron 19th Century Grand Poemas (6 x 56) and Byron 20th Century Habaneros (6 x 56) in beautiful 25 count Limited Edition Humidors. Each humidor is filled with cigars that have been aging since 2012, and only 200 humidors filled with each vitola will be produced this year. The cigars represent a unique smoking experience for true cigar enthusiasts and the humidors are expected to become sought-after collector’s items among the brand’s followers due to their limited production. Along with the Byron 21st Century Elegantes (6 1/8 x 55), the Byron Grand Poemas and Habaneros will be available at the 2017
IPCPR Show in Las Vegas, NV.

United Cigar Group works with top cigar manufacturers throughout the world in order to create unique cigars, built exclusively for the premium cigar retailer. The brands of United Cigar Group are all Exclusive Cigar Products that were in demand but unavailable… so they were created.