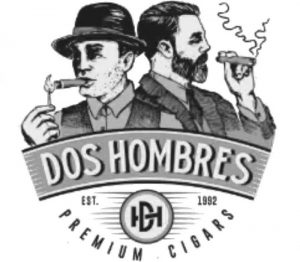 The days of the five-cent cigar may be long gone, but the latest announcement from United Cigar Group regarding their famed Dos Hombre brand keeps with the spirit of that iconic quote in today’s financial environment. The company is bringing back what they call “a great five-dollar cigar” and is helping retailers with their state’s tobacco tax burden at the
same time.

Dos Hombre Cabinet cigars come in boxes of 20, retailing between $5.00-$5.89. United Cigar Group is offering the Dos Hombre Cabinet Dominican and Honduran lines at the 2017 IPCPR Show in Las Vegas, NV. At the show, these brands will have a very retailer-friendly offer attached. United Cigar Group will offer each retailer bonus goods in quantities that correspond to their state’s tobacco tax percentage, essentially “giving back” the tax to the retailer. United Cigar Group crafted this promotion with the goal of setting a precedent by once again finding a way to support brick & mortar retail cigar shops.

“We cannot stand idle as multiple states are being individually taxed heavier than others.” Stated Oliver Nivaud, Director of Sales for United Cigars. “We want to ‘level the playing field’ for retailers to compete against other states and online tobacco giants.”

Dos Hombre Cabinet Dominican and Honduran are available in six vitolas each and the cigars offered in compensation of the state tobacco tax will be distributed with every order of ten box increments. For example, retailers in states that have a 60% tobacco tax will receive 120 cigars with every 10 boxes that are ordered.

United Cigar Group works with top cigar manufacturers throughout the world in order to create unique cigars, built exclusively for the premium cigar retailer. The brands of United Cigar Group are all Exclusive Cigar Products that were in demand but unavailable… so they were created.