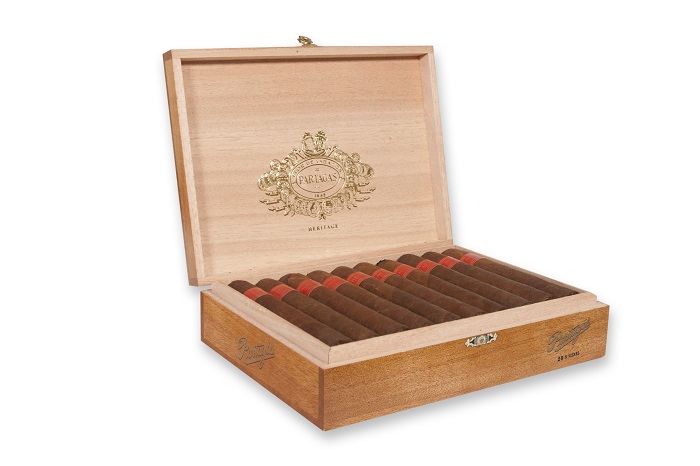 Pride, perseverance and above all, passion. These are the principles that have guided Partagas for more than 170 years. Today, General Cigar celebrates the venerable brand with a new cigar that honors the heritage of Partagas in blend, box and band.

“We set out to create a retrospective blend that celebrated the very best of Partagas to date, and took great pride in putting together the ingredients, just like coming up with a very special recipe. This was a group effort, with our blenders in the Dominican Republic and Central America working with the marketing team to achieve the final taste,” said Jhonys Diaz who led blend development.

Jhonys and his team developed the blend more than ten years ago, patiently saving it for a special release. Each of the tobaccos in Heritage tells a story of the brand, bringing forth flavor nuances from some of the brand’s most popular releases.

As Honduras is renowned for growing the best wrappers in Central America, Partagas Heritage is made with a reddish wrapper developed exclusively for this launch. This proprietary leaf was grown in the revered volcanic soils of the Olancho San Agustin (OSA) Valley and burns to a stark white ash and is reminiscent of the wrapper used on Partagas Spanish Rosado. Only viso leaves were selected for Partagas Heritage, to deliver fine veins and beautiful color, while imparting complexity and a touch of sweetness.

The flavor of the OSA wrapper extends to the CT Broadleaf binder which imparts another dimension of subtle sweetness with notes of cinnamon.

Simplistically-elegant box details give a nod to previous releases of Partagas while the sophisticated gold band is reminiscent of the Partagas 150 band. The cigars are protected in wooden boxes containing 20 cigars each.