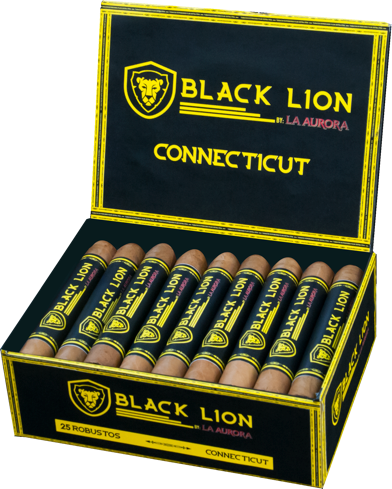 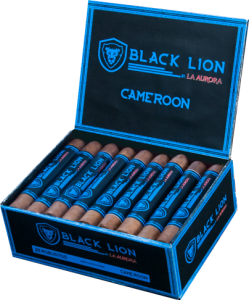 Black Lion Connecticut features a Connecticut wrapper, wrapped over an Ecuadorian binder, and fillers from the Cibao Valley, Nicaragua and Peru. Very well rounded in the mouth.

Black Lion Cameroon sports a Cameroon wrapper, wrapped over an Ecuadorian binder, and fillers from the Cibao Valley and Nicaragua. Wood
and Cocoa notes, hints of cinnamon. 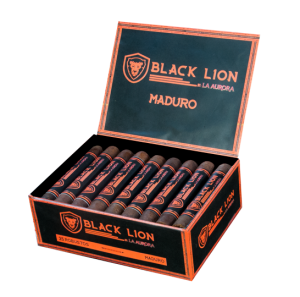 And last, Black Lion Corojo sports a Corojo wrapper, wrapped over an Ecuadorian binder, and fillers from the Cibao Valley and Nicaragua. Honey and floral notes.

You can see a video about Black Lion here. 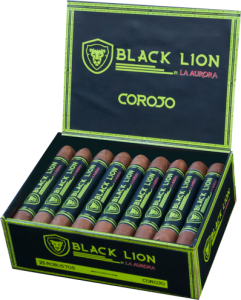 Located in Santiago de los Caballeros, world capital of Premium cigars, in the center of the best tobacco-growing area in the world, El Valle de Cibao, La Aurora Cigars is a family-owned company chaired by Guillermo León. He represents the fifth family generation at the forefront of the company and a symbol for all Dominicans. La Aurora is the leading company of the Dominican tobacco market and is present in more than 60 countries – among which United States, Spain, Russia, France and Germany.