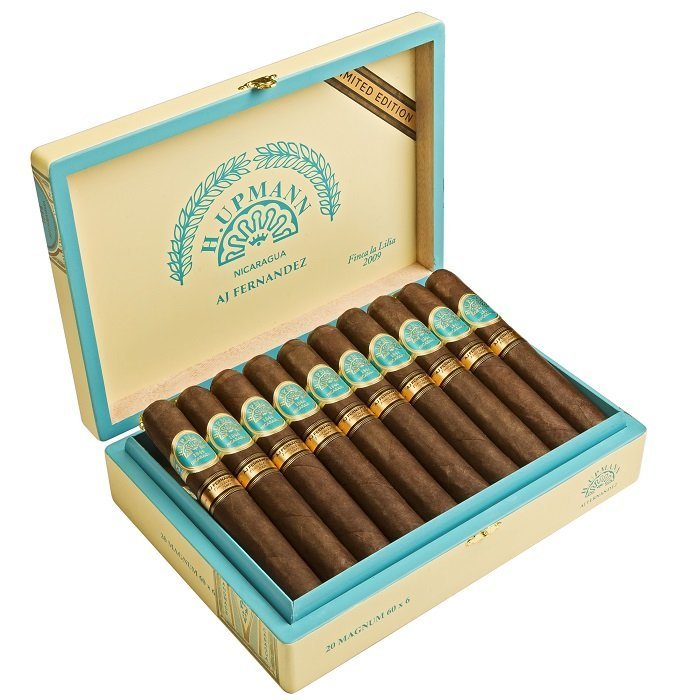 FORT LAUDERDALE, Fla. – Using high-quality aged tobacco adds a lot of character to today’s premium cigars. But for one maker, the process has been especially meaningful.

But this cigar also incorporates aged tobaccos from a farm that is very dear to AJ Fernandez. The La Lilia farm – named after his beloved grandmother who raised him in Cuba after his parents migrated to Nicaragua – was first planted in 2009. This Limited Edition cigar contains tobaccos from that first crop from Fernandez’s iconic Esteli, Nicaragua farm.

In addition, the Sumatra Wrapper selected for the H. Upmann Nicaragua by AJ Fernandez Finca La Lilia 2009 is especially distinctive for its complex, full flavor and its rich, dark appearance.