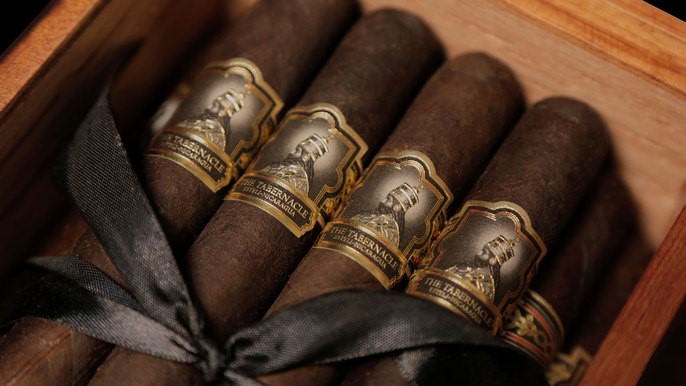 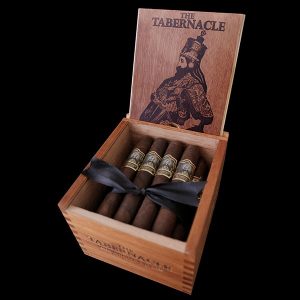 July 13, 2016 – Estelí, NICARAGUA – The Tabernacle is Foundation Cigar Company’s newest super premium cigar, boasting a Connecticut Broadleaf wrapper and some of Nicaragua’s finest fillers. It is a combination of tastes that calls on founder Nicholas Melillo’s roots in the Connecticut River Valley and also his work with the finest artisanal tobacco batches in Nicaragua.

“I want to show my love for Connecticut Broadleaf,” says Melillo. “I was born in New Haven where, at the turn of the century, there were many cigar factories.”

Also wanting to continue showcasing the flavors of northern Nicaragua, Melillo blended The Tabernacle at AJ Fernandez’s factory in Estelí.

“AJ grows some of his tobacco on the farm, La Soledad, where I lived on when I first moved to Estelí in 2003. I know firsthand that AJ’s farm is blessed with the perfect location for growing filler tobaccos. He has incredible tobacco inventories and gave me full access to some of his best leaf for this project.” 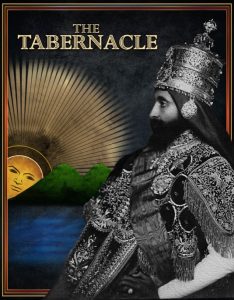 The Tabernacle box tells the story of the cigar’s name. The artwork features an image of none other than Haile Selassie, 225th King of Abyssinia, whose lineage traces directly to King Solomon and the Queen of Sheba. The reference to “tabernacle” is as a container for the Ark of the Covenant.”

“They call me ‘Chief of the Broadleafs’ for a reason,” Melillo continues. “I have been working closely with farmers in Connecticut for over ten years. Broadleaf is more than tobacco for me. It is something sacred.”

On the outside, this cigar uses a CT Broadleaf wrapper, selected by Melillo for this project two years ago.

“AJ Fernandez has been meticulously fermenting this broadleaf wrapper and the combination of both of our passions for tobacco is dangerous.”

The Tabernacle also uses a San Andreas Mexico binder and filler from Jamastran Valley in Honduras, plus the Esteli and Jalapa Valley in Nicaragua. The Tabernacle will be released nation wide July 25th The line will have a retail price of $9.00 – $13.00 and offered in the following sizes: 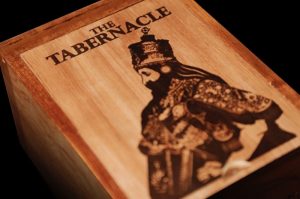