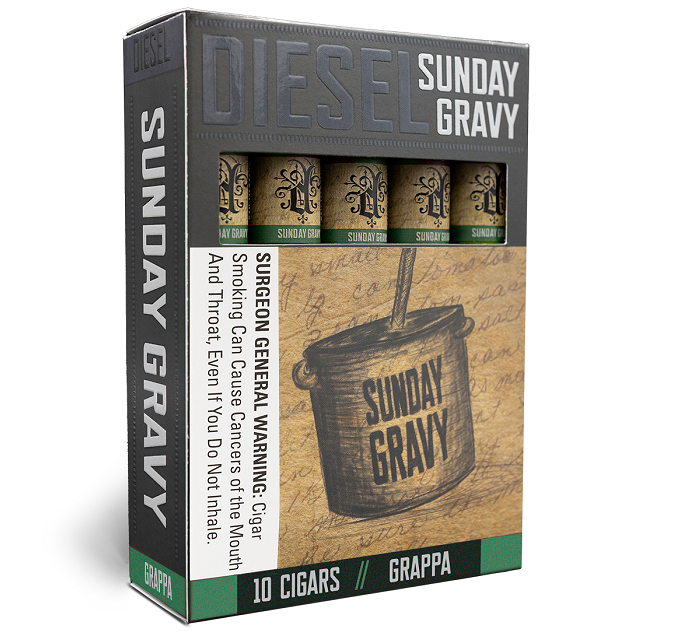 It’s a widely held belief that Italians wrote the book on eating and drinking. Food, libations and socializing are part of the culture and meals can stretch on for hours. Not for the faint of heart is grappa, an Italian-made digestivo made from the distillate of grape seeds, stalks and stems. The distilled spirit is enjoyed as a palate-cleansing firewater. And when the grappa comes out, things get interesting.

Blended by AJ Fernandez and Justin Andrews and crafted at Tabacalera AJ Fernandez in Esteli, Nicaragua, Diesel Sunday Gravy Grappa is rolled with an Ecuadoran Habano wrapper over a Nicaraguan binder and Honduran filler. It is a layered smoke that delivers notes of leather, earth and spice.

“Grappa” is being released in a Robusto Gordo size only.

Diesel Sunday Gravy Grappa will be available nationally from July-September 2022, or until the blend is sold out. The sixth and final Sunday Gravy blend will be released in October, 2022.