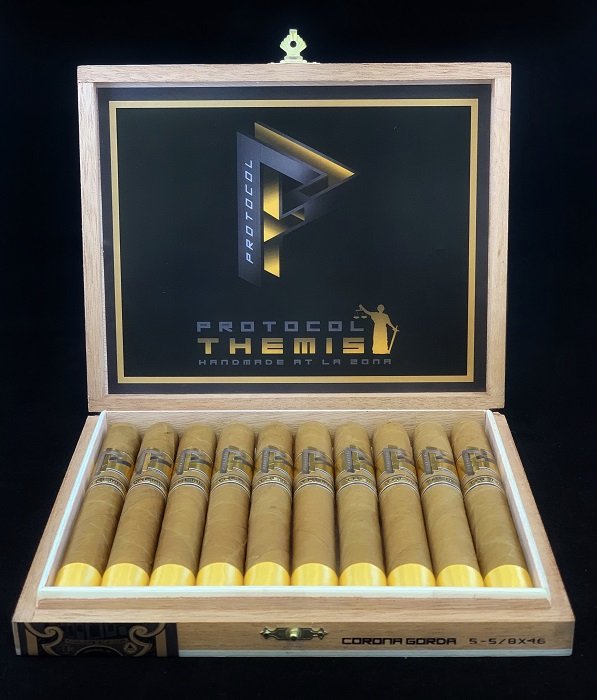 Pennsylvania (Wednesday June 12, 2019) — Cubariqueño Cigar Co. announces the release of the Protocol Themis Corona Gorda as a regular production release for the 2019 IPCPR trade show in Las Vegas. The cigar was originally introduced as a Famous Smoke Shop exclusive on September 8, 2018. The cigars will continue to be produced at Erik Espinosa’s La Zona Factory in Estelí, Nicaragua.

The Themis Corona Gorda will be available in a 5 5/8 X 46 format in boxes of 10. MSRP has been set at $99.40 per box. The blend consists of an Ecuadorian Connecticut wrapper with Nicaraguan binder and fillers. Cubariqueño Cigar Co. & Famous Smoke Shop have had a great relationship and success with this line and are excited to offer this cigar to all of our retail partners.

Cubariqueño Cigar Co. will again be partnered inside the Espinosa booth at the 2019 IPCPR Trade Show in Las Vegas, Nevada.