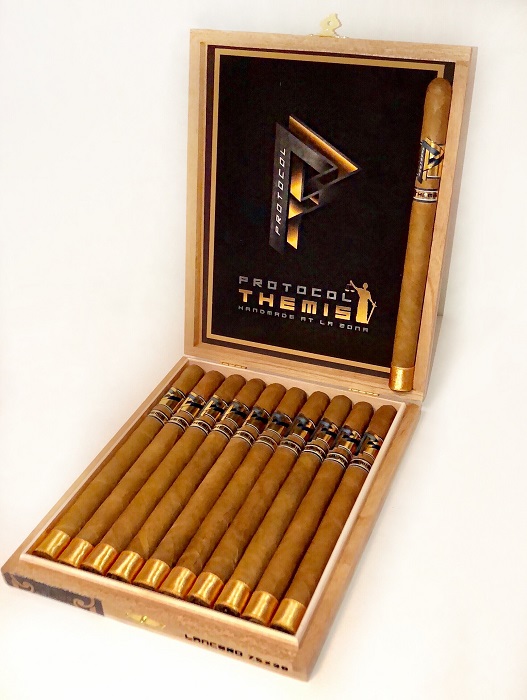 Pennsylvania (Thursday June 21, 2018) – Cubariqueño Cigar Co. announces the release of the Protocol Themis Lancero for the 2018 IPCPR. This is the company’s third lanceo offering.

Following the success of their prior lanceros which both took #1 Cigar of the year for 2016 on Cigar Federation and 2017 on Tiny Tim’s Cigar World, the company says they will continue with more lancero releases. The cigars are being produced at Erik Espinosa’s LaZona Factory in Estelí, Nicaragua.

The Themis Lancero will be available in a 7 1/2 X 38 format in boxes of 10. The blend consists of a Ecuadorian Connecticut wrapper with Nicaraguan binder and Nicaraguan fillers. The Themis has been extremely successful for the company, with the Themis Toro giving the company their second #1 Cigar of the Year on Developing Palates 2017 Top 25 Cigars, along with placings on 12 other 2017 Top 25 lists across the collective cigar media outlets.