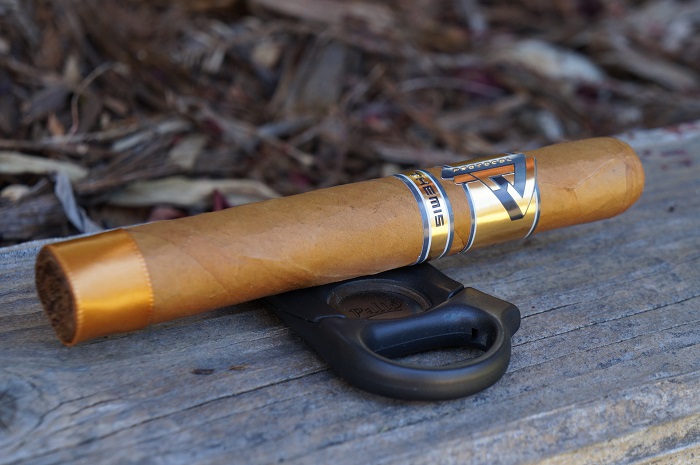 The wrapper is a very light golden brown. There are a few raised veins present while the seams are slightly visible but smooth. The head is finished off with a very well applied triple cap. There are three bands, the primary band is the standard Protocol band but in a gold and black color scheme. The secondary band is just below the primary and carries the same color combination and denotes the line name. The foot band is a ribbon that is gold with a slight tinge of copper to it. The aroma from the wrapper is of a very sweet, dry hay. The foot gives the same hay note but with the addition of some leather. The pre-light draw is also a mix of sweet, dry hay and leather with a slight increase of leather from the foot aroma. 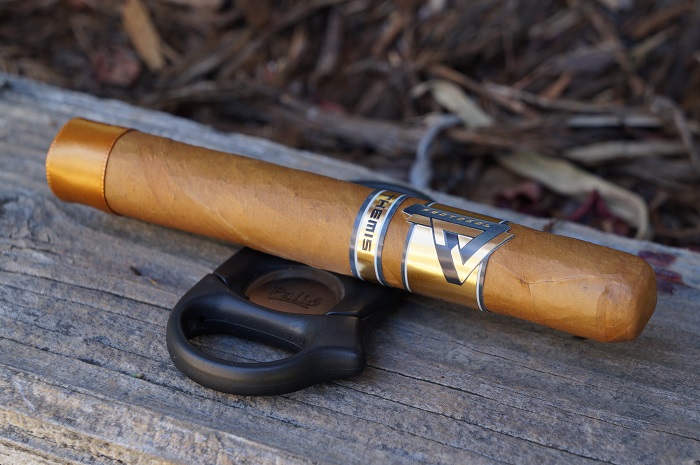 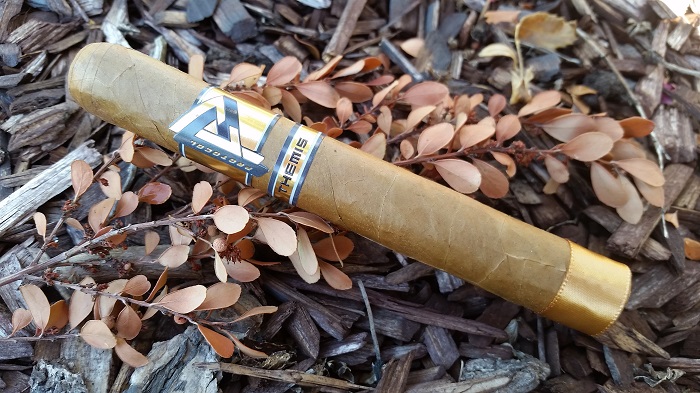 The Cubariqueño Protocol Themis Toro has a claro shade Equadorian Connecticut wrapper. There is good oil content to the wrapper, providing a semi-slick feel. Veins are well pressed and seams tight but visible. Bunch and roll feels well done as there are no soft spots and a uniformed give persists throughout. The head is finished off with a well applied triple cap. Nosing the wrapper gives a mixture of cedar, hay and barnyard. Nosing the foot tells black pepper, aged cedar and roasted mixed nuts. Cold draw tells hay, white pepper, dried nuts and black tea.

The cigar begins with some light, aged cedar and cinnamon. After a few draws, the cedar loses the aged note and the cinnamon really intensifies and lingers on the roof of my mouth after each draw. At a half inch in, the profile settles in as the cinnamon calms down and begins to mix in well with the cedar. At three quarters of an inch, the cinnamon transitions to black pepper which is also pretty heavy in the mix with the cedar. The retrohale is a slight charred and creamy wood. At an inch and a quarter, the pepper really drops back quite a bit and the cedar transitions to an aged oak note which is very smooth. The retrohale also carries the smooth aged oak. The strength in this third began medium-full, but by the end was slightly above medium. 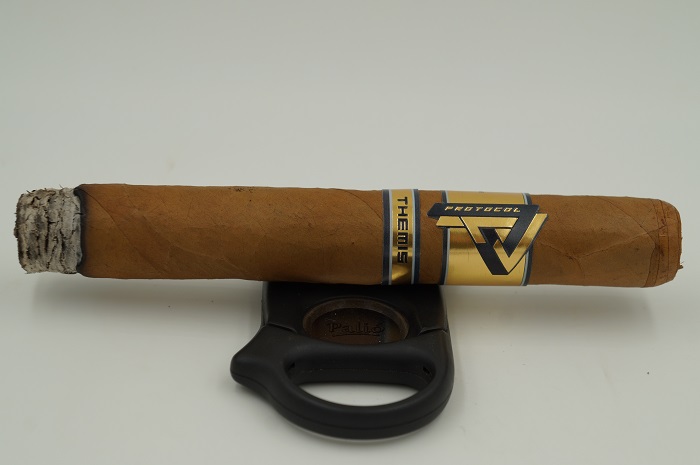 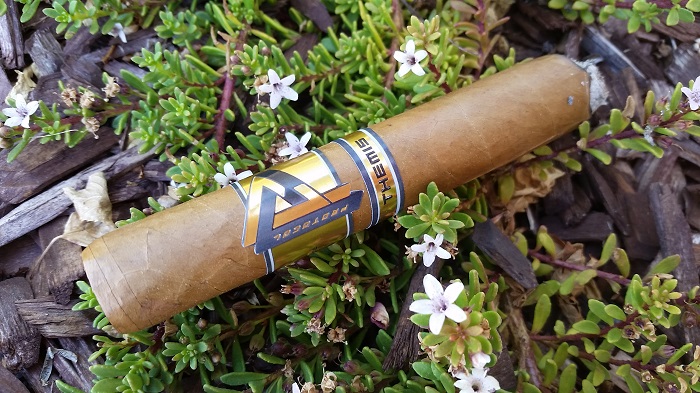 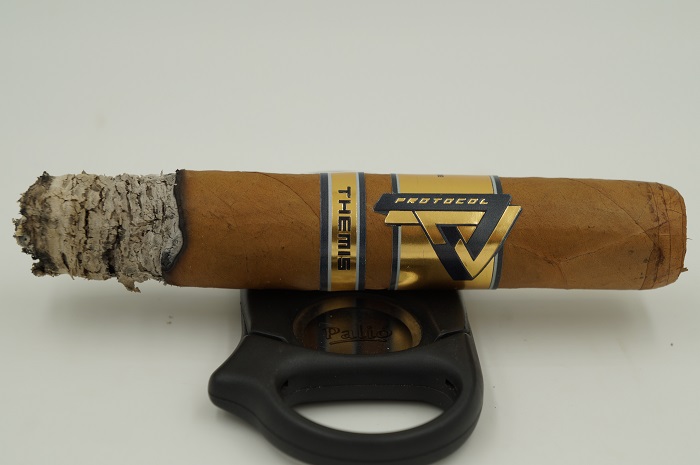 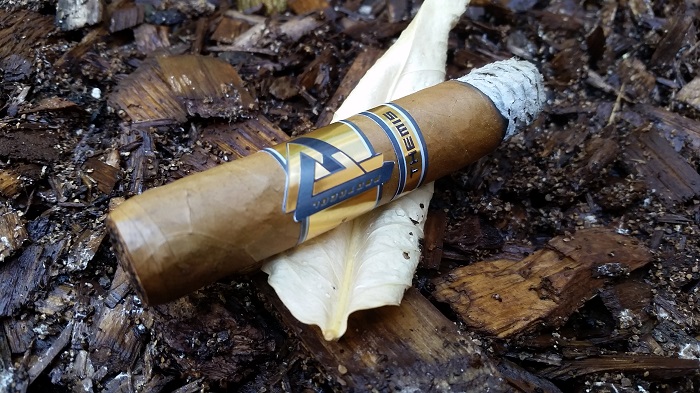 The second third of the cigar starts to hit it’s stride both in terms of fullness of flavors and increase in strength. Specifically, black pepper, baking spices and dry wood all spike. The strength is now more towards medium-full, which is a bit of an unexpected surprise. Retrohaling still provides fullness in dry wood, black pepper and roasted nuts. The finish still lingers quite long with the same dry wood, black pepper and earth minerality. Body remains for the most part medium.

As the final third begins, the slightly bitter oak is slightly in front of the creamy coffee while the retrohale carries a creamy oak note. At three quarters of an inch in, the profile is maintaining itself with no changes. At an inch and a quarter, the bitterness increases slightly with the oak and the coffee note disappears, but the creaminess is still in the background. At an inch and a half, the bitterness drops back some with the oak the main flavor and a little coffee coming back to the cream. The strength in this third was slightly above medium. 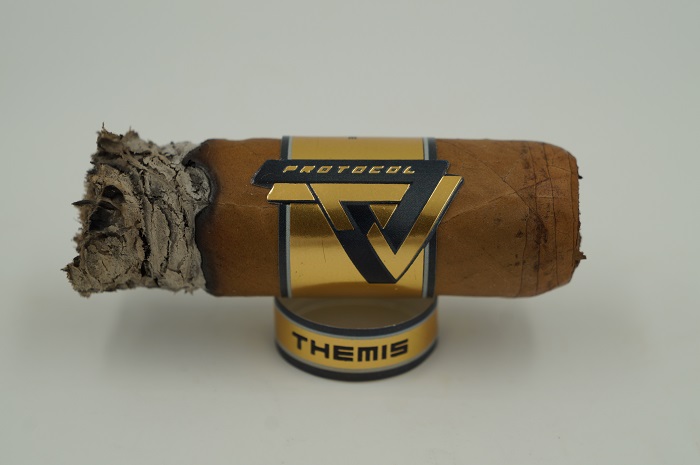 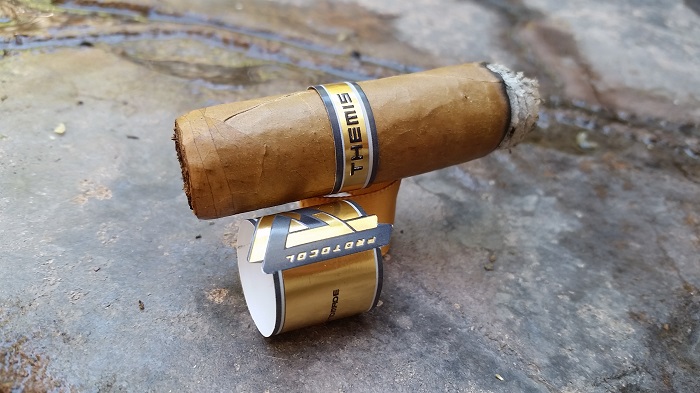 Starting the last third, one of the main noticeable differences is the strength. The strength is now a consistent medium-full. The profile is relatively dry wood and black pepper dominant, with a dry roasted nuttiness in the background. Retrohaling is where it’s at, still providing richness in dry wood, black pepper and roasted nuts. The finish is primarily a lingering dry earthy minerality, dry wood and black pepper. Body remains for the most part on the medium side.

The burn was absolutely perfect. Very straight with ashes holding on in slightly more than one inch increments. 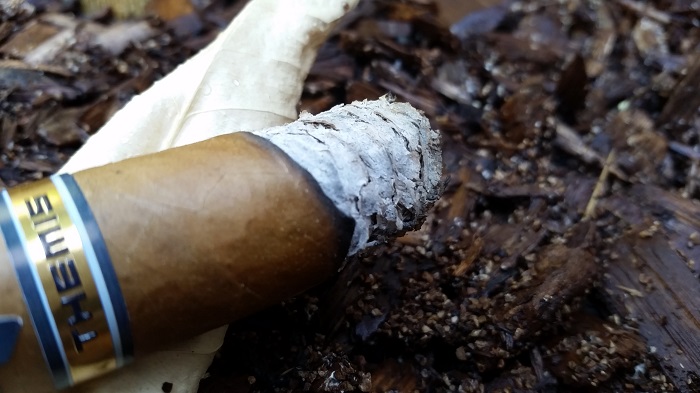 The burn was very good. The only minor complaint is the wavy burn line. Aside from that, solid ash marks averaging 1.5 inch increments, cool burn and never a need to resort to my lighter for touch-ups.

The draw started off fairly loose, but by the halfway point of the cigar tightened up to right where I prefer it.

The first third was pretty busy and in your face and settled down as it came to a close. The second third was where the cigar shined and the final third dropped down a little bit. This is another amped up Connecticut that is done well and a great offering from Cubariqueno. While they position it as a milder entry point into their portfolio, I find it a bit stronger than the original Protocol line. I enjoy the stronger Connecticut offerings and would rank this as one of the better iterations. For those that aren’t fans of traditional Connecticut’s, try this, and for those that like medium and above strength cigars, also try it. I’ll definitely be smoking more of these and look forward to reviewing the Robusto.

Just that perfect medium between having enough resistance and airflow to make it a seamless draw.

When I heard of Juan and Bill stating they are not fans of the traditional type of Connecticut shade cigars, I wondered what they exactly meant. Now that I’ve smoked a couple of the toros, I’m starting to think I get it. The Themis toro is definitely not traditional as it exemplifies greater depth in especially spice, strength and to a certain extent, body. Is it full tilt strength like the JSK Connecticut shade? No, but this one strikes right in between a traditional offering and full tilt JSK. Translation, I liked it and it’s definitely worth taking a look.