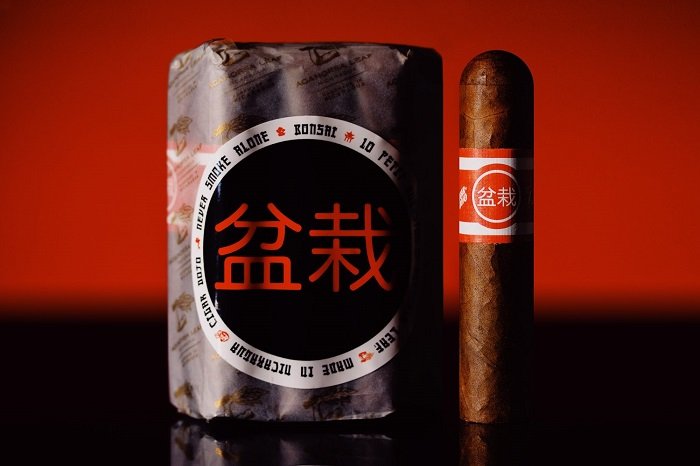 DENVER, CO (Tuesday, March 17, 2020) —— After launching in the fall of 2019, Cigar Dojo’s Bonsai collaboration with Aganorsa Leaf is set to return on a limited yet ongoing basis.

Following a pre-release sale at the 2019 Rocky Mountain Cigar Festival, Bonsai launched nationwide exclusively through online retailer Payless Cigars & Pipes. The cigars were limited to 350 bundles of 10 cigars, which were completely sold out within the span of seven hours, being one of the fastest-selling Cigar Dojo collaborations and going on to become one of the most sought-after such releases.

With demand outpacing supply, the decision was made to bring the cigar back in its original size and blend, being offered exclusively through Smoker Friendly International, LLC, including their online presence, paylesscigarsandpipes.com, as well as through many of their brick and mortar locations throughout Colorado, Wyoming, Montana, Nebraska, North Carolina, Missouri, and Florida.

Bonsai draws inspiration from the Japanese art form of the same name. The technique—dating back over 1,000 years—showcases the cultivation of small trees in miniaturized landscapes, with the objective being to mimic the grandeur of their full-sized counterparts. Likewise, Bonsai boasts a unique, premium selection of tobaccos in a 4″ x 50 petit robusto vitola, bringing cigar enthusiasts a high-grade smoking experience in a surprisingly short and affordable format.

Efforts have been made to distinguish the current release format from the original limited-edition cigar, including an alternate red-on-black bundle sticker and updated cigar bands that are more textured than the original release. The cigars will maintain their price-conscious $55.00 per bundle and are expected to launch in the coming weeks.