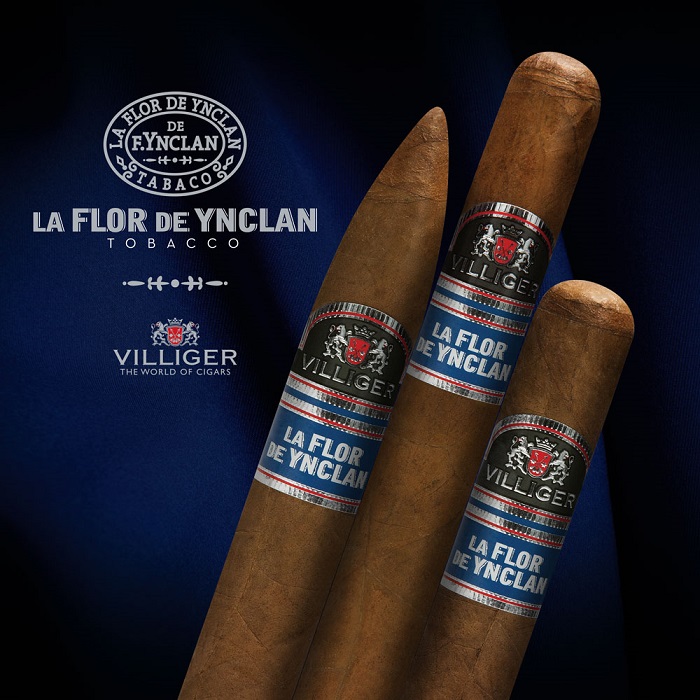 (Miami, Florida) June 16, 2017— Villiger Cigars proudly announces that the Villiger – La Flor De Ynclan will be presented at the 2017 IPCPR trade show in Las Vegas this coming July 2017. The creation of every cigar carries a story, and this is no different. The La Flor De Ynclan is a special cigar, diligently crafted by Heinrich Villiger and master blender Jose Matias Maragoto of ABAM Cigar Factory in the Dominican Republic.

Heinrich Villiger, chairman of the board of Villiger Soehne AG, came across a young ambitious Cuban native 22 years ago in the Dominican Republic. That Cuban, Jose Matias Maragoto was an unknown cigar maker, who was beginning a new life in a new country. Fast forward two decades, the once untested Matias Maragoto is the overseer of all Villiger made product made in the DR. The Flor de Ynclan cigar, is the fruition of a bond between two different men from different backgrounds, over the love of tobacco.

Villiger Cigars produced a small batch of La Flor De Ynclan over a decade ago. Unsatisfied with the final result; the decision was made to cease production. The tobacco was set aside and aged, while Matias meticulously tweaked the amount of the Indonesian, Dominican, and Nicaraguan tobacco within its Ecuadorian wrapper. Present day, the La Flor De Ynclan is what both imagined it could be.

Heinrich Villiger stated: “The La Flor De Ynclan cigar has been an ongoing labor of love for us. We feel that there is a difference between a good and great cigar, Matias Maragoto and I hope you feel the same.”

The Villiger – La Flor De Ynclan is expressed in three sizes and comes in 25 count boxes.

Villiger Sons Limited was established in 1888 by Jean Villiger in the small town of Pfeffikon, Switzerland, where Villiger remains headquartered to this day. The company manufactures and sells more than 1.5 billion cigars annually, world-wide. Today, under the leadership of Heinrich Villiger, the company prides itself in its commitment to quality, in all their products made in many countries around the globe.

Villiger North America was established to service the premium cigar enthusiast primarily in the United States. With production from some of the most respected manufacturers in Dominican Republic, Central America and elsewhere, it is the goal of the company, to introduce the finest smoking experience a premium handmade cigar has to offer. Today, and in the future, one can rest assured that when they choose a Villiger cigar, the quality of the leaf, the manufacturing, and even the packaging will be second to none.