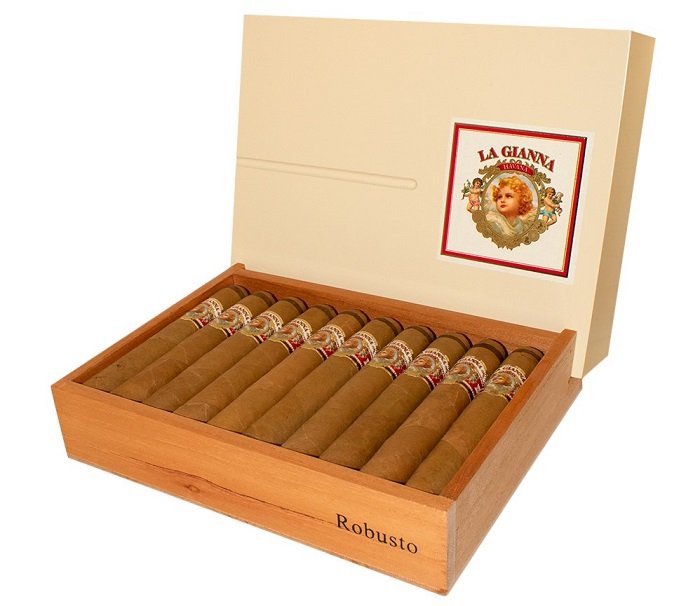 Nashua, NH – In 2020 La Gianna Havana celebrated its 25th Anniversary with a little packaging face lift and to start off 2021 a new blend is getting reintroduced to the market. The La Gianna Angelic line was introduced back in 2001 for a short period only to rise again with a more elegant touch.

The Angelic line features a sweetened cap to compliment the soft, rich flavors of the La Gianna blend. The line will feature a thin strip of maduro leaf at the head of the cigar resembling a halo to distinguish the line from the natural blend. Available in five vitolas, the La Gianna Angelic will be presented in a twenty count, white cream slide box to complete the Red (Natural), White (Sweet Tip) & Blue (Maduro) theme of United Cigars.

“We rediscovered the beauty of a delicate kiss of sweetness,” said United Cigars Director of Operations, Oliver Nivaud. “We have the right factory for this production and the Angelic is brilliant.”

La Gianna Angelic has already started shipping to retailers and available for leaf lovers looking for a mild-to-medium bodied cigar with immaculate construction.