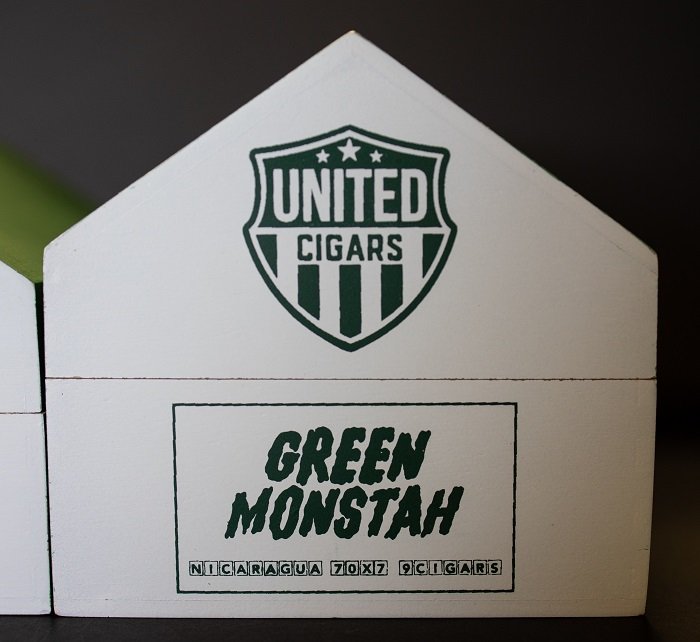 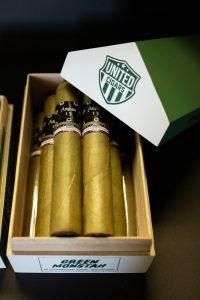 Nashua, NH – With nearly a year behind us since we have had the opportunity to visit a stadium to cheer on our favorite athletes, United Cigars has decided to bring the stadium to you. Teaming up with Christian Eiroa and Tom Lazuka of Asylum Cigars, United Cigars is launching a new line as part of their Series Unidas collection and will ship to retailers next week in time for baseballs opening day. The Green Monstah cigar release will pay tribute to the Boston Red Sox and Fenway Park as the launch of a planned United Cigars Limited Edition Stadium Series line.

A collectible series honoring Americas beloved stadiums, the Green Monstah boxes will showcase the iconic scoreboard and celebrate our love of the game. Available in two classic Asylum Cigar vitolas, 6 x 60 and 7 x 70, the Green Monstah limited series features an Ecuadorian candela wrapper, Nicaraguan binder and fillers from Esteli and Jalapa. This Limited Edition Stadium Series production was kept to 250 boxes of each size and will be available in boxes of 9 cigars for 9 innings of baseball. The boxes were constructed to resemble home plate, so this is perfect for every baseball enthusiast’s collection and cigar lover’s humidor.

“The sounds at the ballpark have always been a part of my Spring,” said Oliver Nivaud Director of Operations for United Cigars. “Now we have an Asylum cigar to smoke for opening day. Fenway Park is my Holy Cathedral, but we have a few more stadiums in mind for this stadium series.”

Tom Lazuka, Co-Founder of Asylum Cigars added, “This was an exciting project as both Christian and I are huge baseball fans. We worked hard to have a candela in a large format, turned out to be an amazing cigar that has filled a few of my ashtrays.”