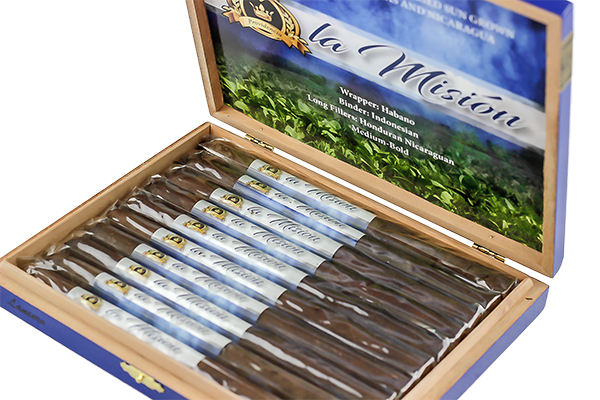 La Misión (The Mission) brings the company’s production line to five blends, joining the ranks of the El Santo, El Padre, Trinitas, and The Hostage. With the addition of La Misión, the company completes the story of Providencia Cigars Founder Jim Faber’s “mission” to Honduras which started as a professional soccer player and turned into a mission to organize youth soccer camps to get boys and girls off the street in a gang littered environment.

Jim Faber, founder of Providencia Cigars, states: “I never imagined that a short term mission trip to Honduras would turn into 15+ years of my life living and working with some of the most amazing people in the world. “La Misión ” (the mission) is a tribute to the all the hard work and sacrifice that so many people made over those years. I was just honored to be a small spoke in the wheel in God’s vast and eternal plan.”

La Misión will be available in a single 7.5 x 38 lancero finished with a traditional pig tail cap.

Medium to full in strength, the La Misión blend offers a balanced profile of pepper, cocoa, and spice with an undernote of caramel sweetness.

Providencia Cigars will be taking orders and shipping La Misión starting this week.